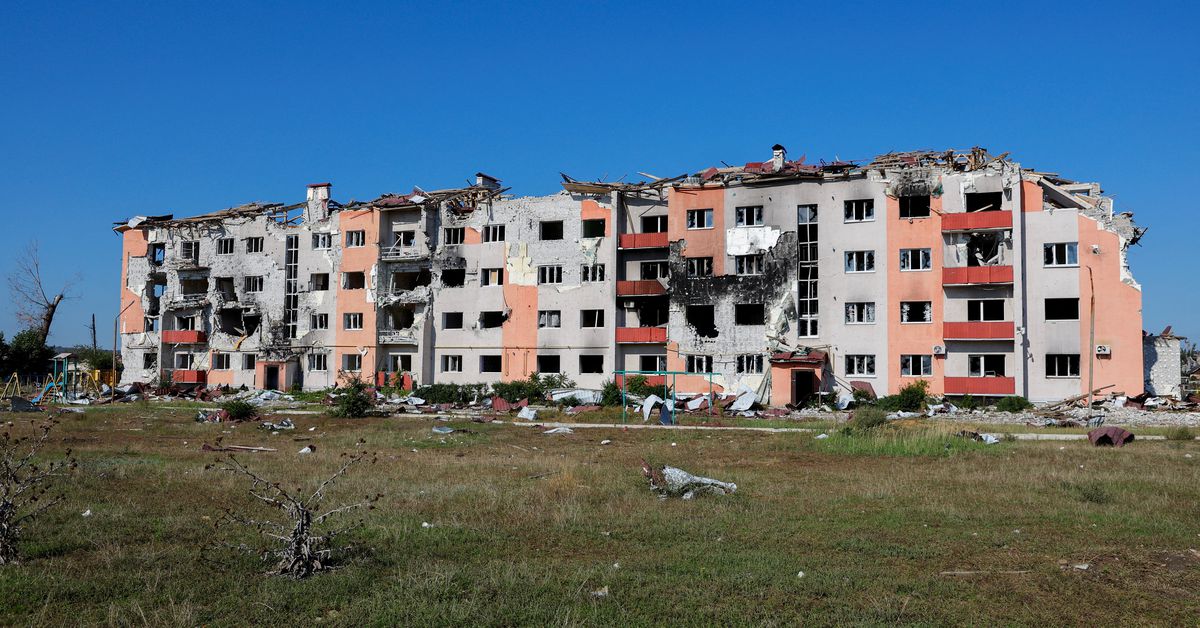 A view shows a residential building destroyed in the course of Russia-Ukraine conflict in Lysychansk, the city controlled by pro-Russian troops in the Luhansk region, Ukraine September 21, 2022. REUTERS/Alexander Ermochenko

BRUSSELS, Sept 22 (Reuters) – NATO on Thursday condemned Moscow’s plans to hold referendums in Russian-occupied regions of Ukraine and called on all states to reject what it called “Russia’s blatant attempts at territorial conquest”.

“Sham referenda in the Donetsk, Luhansk, Zaporizhzhia, and Kherson regions of Ukraine have no legitimacy and will be a blatant violation of the UN Charter,” the North Atlantic Council, grouping the member states of the alliance, said in a statement.

“NATO allies will not recognize their illegal and illegitimate annexation. These lands are Ukraine,” it added.

Referendums on joining Russia are due to take place from Friday until Tuesday in several largely Russian-held regions in eastern and southern Ukraine, which comprise around 15% of the country’s territory.