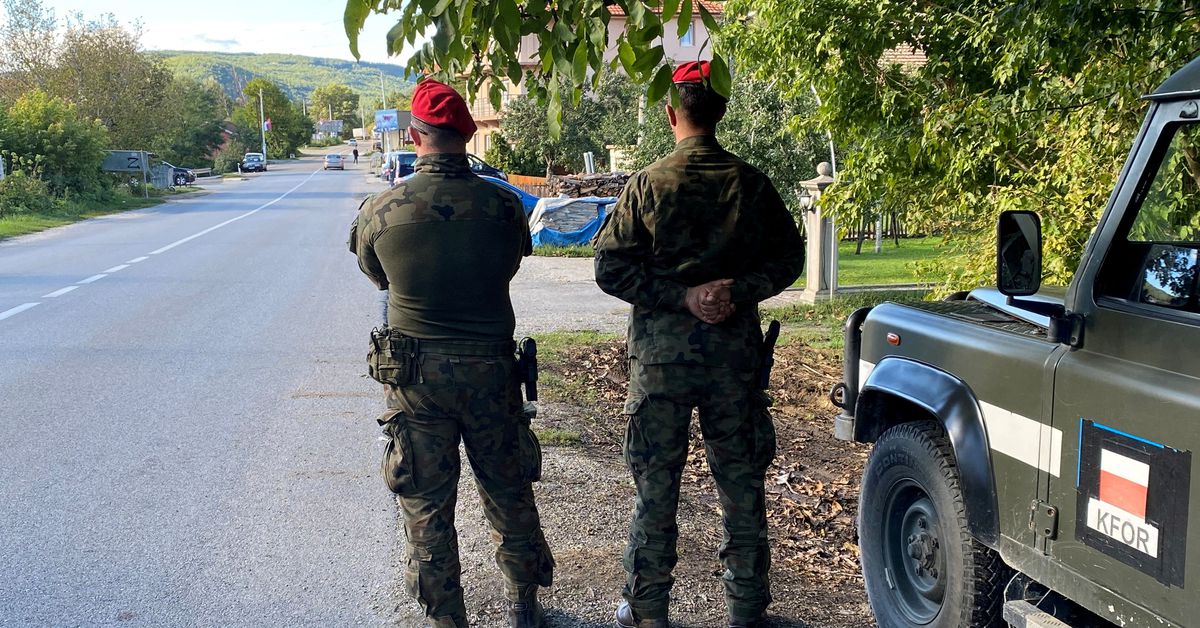 CAMP BONDSTEEL, Kosovo Sept 21 (Reuters) – NATO has brought in reserve troops assigned to its KFOR peacekeeping mission to Kosovo for training, one of the mission commanders said, as a deadline approaches in a spat between the Serbian minority and the government that may spark fresh unrest.

KFOR’s regional commander east, Colonel Christopher Samulski, told reporters the reserves had been brought in “as part of normal contingency planning.” Samulski spoke at Camp Bondsteel, one of KFOR’s bases.

The U.S. officer did not give any concrete figures of how many reserve troops have arrived in Kosovo but spoke of a “battalion-size” unit. A battalion usually comprises between 500 and 1,000 troops.

Protests by Kosovo Serbs in the summer over a requirement for them to use state-issued car number plates have increased friction between Kosovo and Serbia, more than two decades after NATO bombed Serbia to end repression of Kosovo’s Albanian majority.

Serbia does not recognise Kosovo’s independence, declared in 2008, and Serbs in northern Kosovo consider Belgrade, not Pristina, to be their capital. Around 3,700 NATO peacekeepers are still stationed in the former Serbian province to prevent violence between ethnic Albanians and Serbs.

Roadblocks erected during the summer protests were only dismantled when NATO peacekeepers stepped in to oversee the process and Kosovo agreed to postpone the licensing rule, with a deadline now running out on Oct. 31.

On Tuesday, KFOR’s deputy commander said NATO could not rule out fresh tensions in the north as the deadline approaches, adding that NATO was ready to bring more troops to Kosovo should tensions among minority Serbs flare again.

Samulski emphasized that the reserve troops had been brought in for training.

“The First Fuseliers from the UK are here as the strategic reserve, which is a normal rehearsal of their entrance and integration in normal operations”, Samulski said, referring to a British infantry unit.

Beyond this, Samulski said KFOR could also draw on reserves outside Kosovo.

“Additionally, there are other reserves that lie outside Kosovo that have different time frames in which they are expected to arrive here should KFOR request that they become available,” he noted.

“And those are available should we deem that they are required, based on the current situation on the ground”, Samulski added.