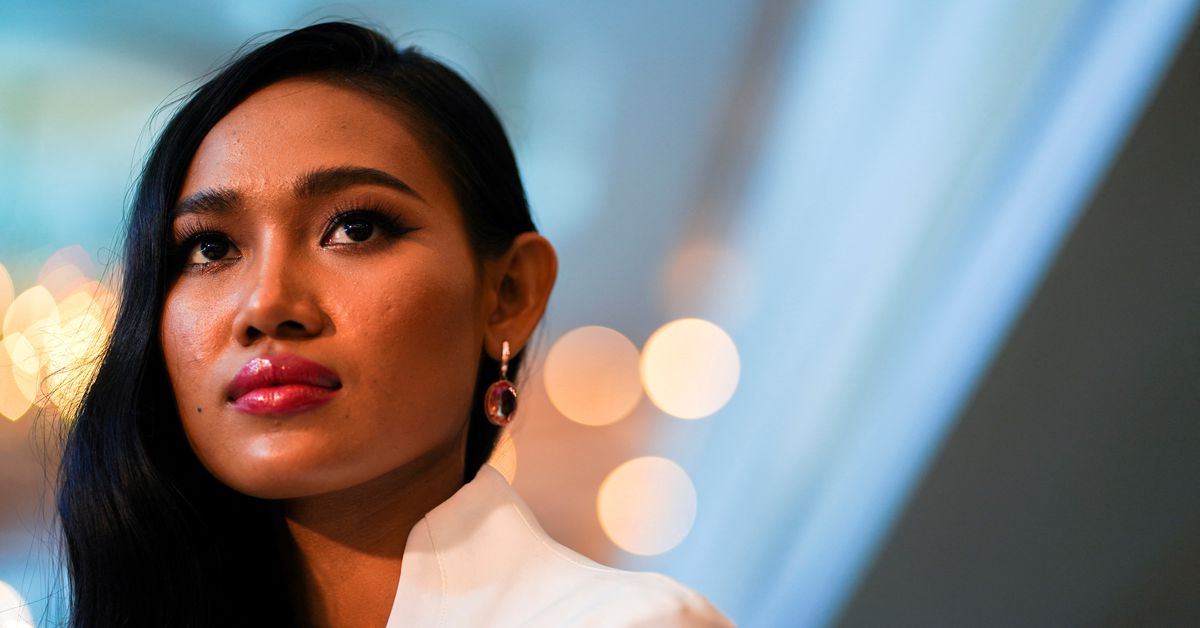 BANGKOK, Sept 23 (Reuters) – A beauty queen who spoke out against Myanmar’s military rulers was stranded at Thailand’s international airport for a third day on Friday, hoping to be granted entry, as activists and her employer urged authorities not to send her back to her homeland.

Han Lay, who gained international attention last year with her moving pageant speech on the army’s deadly suppression of anti-junta protests in her native Myanmar, has been denied entry by thai authorities, despite having taken refuge in Thailand for the past year.

The 23-year-old model, whose real name is Thaw Nandar Aung, was stopped at Bangkok’s Suvarnhabhumi airport on Wednesday, when returning from a brief visit to Vietnam. The immigration bureau said she was using invalid travel documents.

The events management team that works with Han Lay said they hoped she could reenter Thailand.

“The only thing we want is her not to return to Myanmar because if she returns, we don’t not know what will happen to her,” said a representative, who declined to be identified because she was not authorised to speak to media.

Asked about Han Lay’s case on Friday, Thai foreign ministry spokesperson Tanee Sangrat said authorities “did not make an arrest and have no plans to send her anywhere at this stage”.

Travel hub Thailand has often been caught up in tugs of war between countries seeking the return of citizens and activists who say those individuals would be persecuted if sent home.

These included an Australia-based soccer player arrested in Thailand in 2018 at the request of bahrain for criticising its monarchy, and an 18-year-old Saudi woman who was stranded at bangkok’s airport after fleeing her family.

A Myanmar junta spokesman could not be reached for comment on Han Lay’s case.

Interpol said in an email to Reuters on Friday there was “no Red Notice for this person” after Han Lay and her manager claimed she was the subject of the organisation’s highest alert level for an individual.

In a Facebook post, Han Lay said Myanmar police were at Bangkok’s airport seeking to meet her, but she refused and had contacted the United Nations refugee agency.

Thai police referred Reuters to the immigration bureau on the matter.

The UNHCR said its policy was to not confirm individual cases.

In a Tweet, Phil Robertson of Human Rights Watch said Thai authorities should grant Han Lay protection and “under no circumstances” return her to Myanmar.