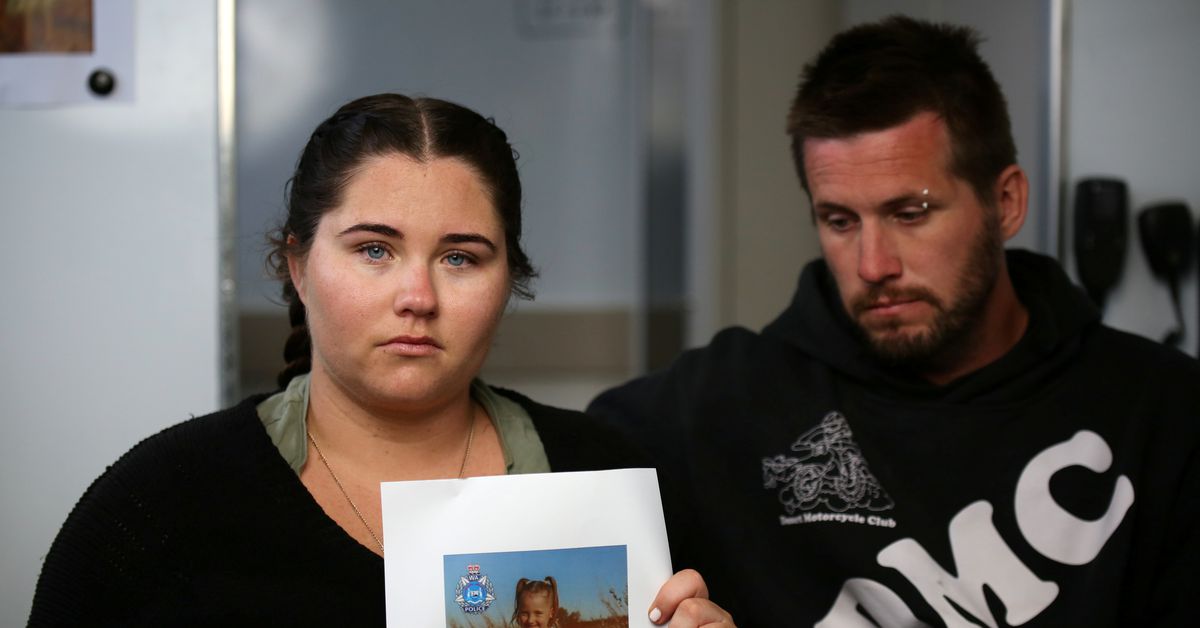 SYDNEY, Nov 3 (Reuters) – A 4-year-old girl who went missing from an Australian outback campsite more than two weeks ago has been returned safely to her parents after she was rescued by police from a locked house, authorities said on Wednesday.

Police broke into a house in Carnarvon, a town about 100 km (62 miles) south of the campsite, early on Wednesday and found Cleo Smith in one of the rooms.

“One of the officers picked her up into his arms and asked her ‘what’s your name?’. She said ‘My name is Cleo’,” Western Australia Police Deputy Commissioner Col Blanch told media.

A man has been taken into custody in relation to the disappearance, he said.

Cleo was last seen in her family’s tent in the early hours of Oct. 16 at the remote Blowholes Shacks campsite in Macleod, about 900 km (560 miles) north of Perth, the capital of Western Australia state.

When her parents woke in the morning, she was gone.

Police had feared the girl had been abducted and offered a A$1 million ($743,000) reward for any information leading to her whereabouts.

“What a great day. We now have returned Cleo to her loving parents. It’s a wonderful day for this little girl and her loving family,” the state police commissioner, Chris Dawson, told media.

A team of 140 people had been working on the case with police fielding more than 1,000 tips from the public.

Cleo Smith’s mother Ellie Smith, standing with her partner Jake Gliddon, holds up a photo of her missing daughter while addressing the case from a police truck at Blowholes campsite, outside Carnarvon, Australia, October 19, 2021. Picture taken October 19, 2021. AAP Image/POOL, James Carmody via REUTERS ATTENTION EDITORS – THIS IMAGE WAS PROVIDED BY A THIRD PARTY. NO RESALES. NO ARCHIVE. AUSTRALIA OUT. NEW ZEALAND OUT

Police said the abduction appeared to have been opportunistic and they expected to file charges later in the day.

“She is physically OK. That was evident from the start,” said state police homicide squad Senior Sergeant Cameron Blaine, who was one of four people to rescue the child.

“Taking her to the hospital we got assurance of that from people that know what they are doing.”

He said finding her was “without a doubt” the best moment of his career.

“She is a very sweet, energetic girl, very trusting and very open with us,” he said.

Footage released by police showed the moment the girl was carried out of the house, her arms around a policeman.

After introducing himself, Blaine asked her: “Are you OK? We are going to take you to see your Mummy and Daddy, OK? Is that good?” to which she smiled and nodded.

“Cleo Smith has been found and is home safe and sound. Our prayers answered,” Morrison said on Twitter.