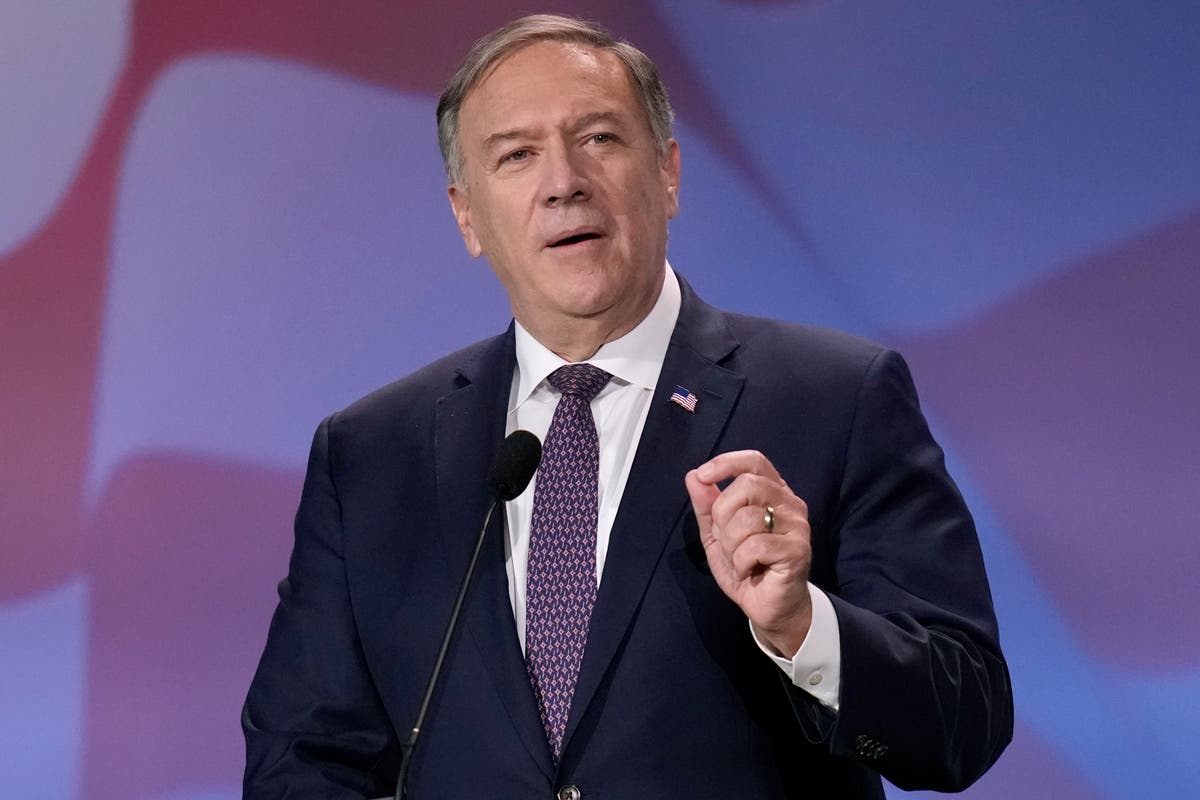 India and Pakistan came to the brink of nuclear war in 2019 and US intervention prevented the situation from escalating, according to the country’s former secretary of state Mike Pompeo.

In his memoir Never Give an Inch, published on Tuesday, the Donald Trump administration official said “no other nation” could have prevented a “horrible outcome” on the night when a series of military incursions led to a surge in tensions between the nuclear-armed neighbours.

“I do not think the world properly knows just how close the India-Pakistan rivalry came to spilling over into a nuclear conflagration in February 2019,” he wrote.

Mr Pompeo was referring to the turn of events when New Delhi’s fighter jets crossed into Pakistan’s Balakot area to carry out a bombing raid on 26 February 2019 against a militant training camp.

In response to the airstrike, Islamabad shot down an Indian warplane and captured an Indian pilot who was later released.

Mr Pompeo was in Hanoi, Vietnam at that time for a summit between then-president Trump and North Korean leader Kim Jong-un. He said he was awakened by a call from a senior Indian official.

“He believed the Pakistanis had begun to prepare their nuclear weapons for a strike. India, he informed me, was contemplating its own escalation,” Mr Pompeo wrote.

“I asked him to do nothing and give us a minute to sort things out,” he added.

He said he immediately began working with then-national security adviser John Bolton who was also in Hanoi and they held a conversation with “the actual leader of Pakistan”, ex-army chief General Qamar Javed Bajwa.

“As one might expect, he believed the Indians were preparing their nuclear weapons for deployment. It took us a few hours – and remarkably good work by our teams on the ground in New Delhi and Islamabad – to convince each side that the other was not preparing for nuclear war,” he added.

“No other nation could have done what we did that night to avoid a horrible outcome,” he added.

Mr Pompeo, who at the time publicly defended India’s right to act against the Pulwama attack, said Islamabad “probably enabled” the attack in Kashmir.

“After an Islamist terrorist attack in Kashmir – probably enabled in part by Pakistan’s lax counterterror policies – killed forty Indians, India responded with an air strike against terrorists inside Pakistan,” he wrote.

Though the American politician has referred to his Indian counterpart as “him”, it remains unclear exactly who he was talking about.

In his book, Mr Pompeo wrote that the “original counterpart [on the Indian side] was not an important player on the Indian foreign policy team” and that he “worked much more closely with National Security Adviser Ajit Doval”.

The comments on Swaraj, who died in 2019, were denounced by current Indian foreign minister S Jaishankar.

“I have seen a passage in Secretary Pompeo’s book referring to Smt Sushma Swaraj ji. I always held her in great esteem and had an exceptionally close and warm relationship with her. I deplore the disrespectful colloquialism used for her,” Mr Jaishankar told news agency PTI.

Pakistan and India are among only a few countries that are armed with nuclear weapons. The two south Asian neighbours have fought three wars over the disputed territory of Jammu and Kashmir which they rule in part, but claim in full.

Mr Bhutto had just last month called Indian prime minister Narendra Modi a “butcher of Gujarat lives”, referring to the 2002 religious riots in Mr Modi’s home state, where over 1,000 people were killed when he was chief minister.

Mr Bhutto’s comments were in continuation of a heated exchange between the two countries after Mr Jaishankar called Pakistan the “epicentre of terrorism” during a UN Security Council briefing on counter terrorism in New York.

The Pakistani foreign minister has been invited to the Shanghai Cooperation Organisation (SCO) meeting in May this year, officials confirmed, just days after Mr Sharif called for talks with India over all outstanding issues, including the disputed Kashmir region.

An invitation is also expected to be extended to Pakistan prime minister Shehbaz Sharif for the SCO summit in June.

The invitations for the summit are considered routine, but India’s chairing of the SCO grouping this year will bring Pakistani leadership to India for the first time in a decade.

At least 2,300 dead after massive earthquake in Turkey and Syria