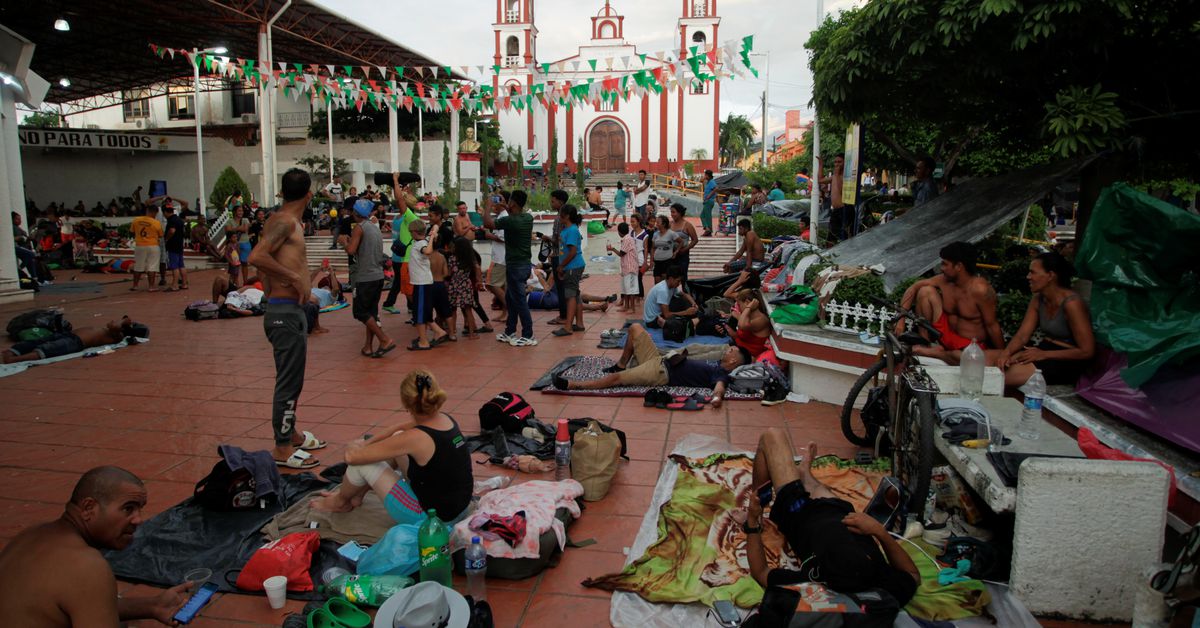 MEXICO CITY, Nov 4 (Reuters) – Dozens of migrants traveling north to Mexico City clashed with the National Guard in the southern state of Chiapas on Thursday, near to where a Cuban national was killed on Sunday by the militarized police force.

The group of mostly Central American women and children resumed their journey on Monday in the Pijijiapan municipality of Chiapas, after fatigue and illnesses among some members prompted a two day break.

“There are two injured migrants, they were badly beaten. The officers tried to surround them with their shields,” Luis Garcia, who helped organize the migrant caravan, told Reuters over the phone.

“Everything was chaotic. It’s not right that the authorities keep acting this way. Despite all the repression we’re not going to stop,” Garcia said, adding that authorities had escorted away migrants in at least four buses.

The National Guard did not immediately respond to a request for comment.

The National Migration Institute also did not immediately respond to a request for comment.

The clashes occurred near to where a Cuban migrant was shot dead by the National Guard while four others were wounded by National Guard officers early on Sunday in an area where a caravan of migrants was heading towards the U.S. border.

About 3,000 people set off on foot last month from the Mexican city of Tapachula on the Guatemalan border. Many have rejected visas offered by Mexico, saying they distrust the authorities.