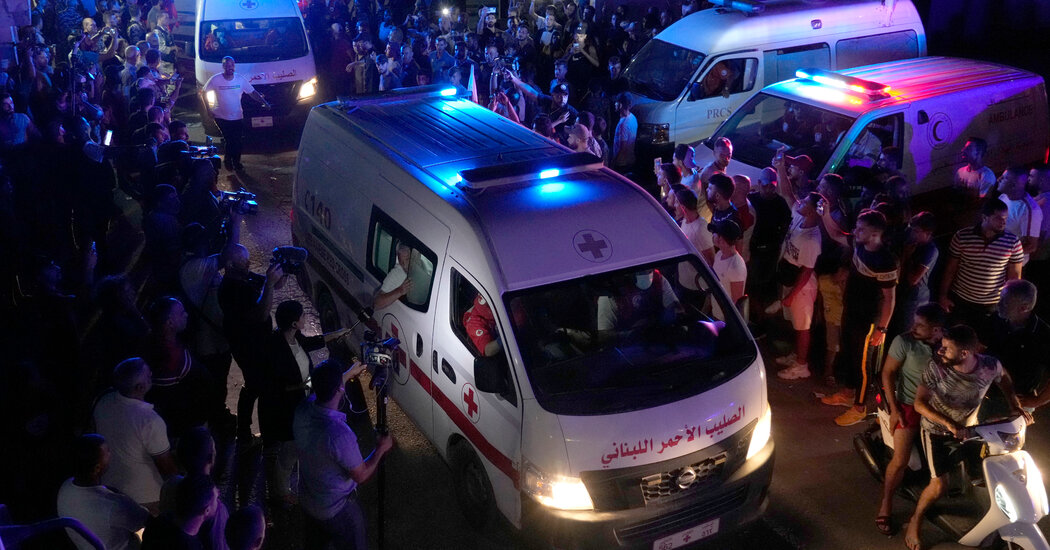 BEIRUT, Lebanon — A small boat carrying more than 100 migrants headed to Europe from Lebanon capsized off the coast of Syria, leaving at least 75 dead, Lebanese and Syrian authorities said on Friday.

The authorities said that about 120 migrants were on the boat when it capsized on Thursday and that at least 20 of them were rescued near the port of Tartus on Syria’s Mediterranean coast.

“The migrants have no papers, and it looks like the boat they took was a small one,” Lebanon’s transportation minister, Ali Hamieh, told The New York Times in a phone interview. The passengers on board were mostly Syrians, Lebanese and Palestinians who had paid “smugglers” for the fatal trip, he added.

It was not immediately clear what caused the boat to capsize. Images sent from residents showed a small wooden boat and articles of clothing washed up on the shore of Tartus.

The authorities and residents described a harrowing scene where bodies could be seen drifting in the warm waters. Seaside residents, at the request of local mosques, assembled at the shore to scan the ocean. Fishermen from a nearby island donated their boat fuel to rescue ferries as desperate family members arrived to identify loved ones.

Mohamed Ali al-Tilawi, 55, from Lebanon, said some members of his family on the boat were unaccounted for, including his daughter and some of her children.

He was at home in Lebanon when he learned what had happened on Thursday, and said he drove over the Syrian border to Tartus and retrieved the bodies of his two granddaughters. He said he buried them in their Lebanese hometown, Akkar, early on Friday before crossing back into Syria to search for other family members.

“She left with her husband without telling me,” Mr. al-Tilawi said of his daughter, fighting back tears. He spoke by phone from the al-Bassel hospital in Tartus, where his son-in-law, who survived the episode, was being treated.

Her husband, Wisam al-Tilawi, 37, is a garbage collector from Akkar, one of the poorest areas of Lebanon. He sold his house and land to make the trip from Tripoli, Lebanon, according to the town’s mayor, Yehya Rifaii, who said he was fleeing poverty for a foothold in Europe.

“I tried to convince Wisam not to leave,” Mr. Rifaii said in a phone interview. “But he was determined, for the sake of his four children.”

Lebanon is home to 1.5 million Syrian refugees, more than 90 percent of whom live in extreme poverty, according to the United Nations refugee agency. At the same time, the country is losing tens of thousands of people to emigration, as it battles an economic collapse attributed to widespread corruption and political chaos.

The Lebanese lira has lost more than 95 percent of its value since 2019. Unemployment is soaring, businesses are closing. About 80 percent of the country is living in poverty, according to the United Nations, as the government struggles to provide basic services like electricity, medicine and affordable food.

Hwaida Saad reported from Beirut, and Cora Engelbrecht from Paris. An employee of The New York Times contributed reporting from Damascus, Syria.