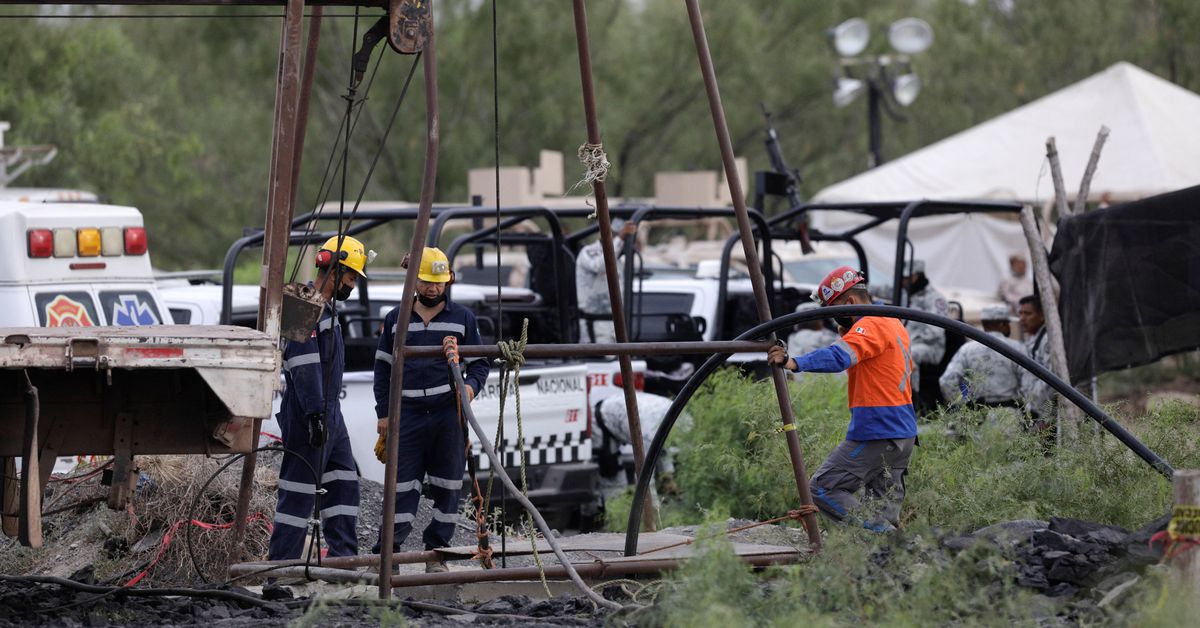 The miners became trapped on Wednesday at a mine in the northern border state of Coahuila when their excavation work caused a tunnel wall to collapse, triggering flooding in three wells. read more

“Today is decisive, because, according to the technicians, we will know if there’s a chance for divers to enter without risk,” Lopez Obrador wrote on Twitter.

Six divers from Mexican Special Forces were sent to aid in the rescue effort, which Lopez Obrador said has continued day and night.

“The main problem is the flooding, although the pumping equipment is sufficient and of the biggest capacity,” he added.

Families have kept vigil around the clock at the site, sleeping in plastic chairs, cots and on blankets spread across the dusty ground while waiting for news about their loved ones.

Five people were able to escape the accident.

The mine opened in January and had no “record of complaints for any type of abnormality,” according to the Labor Ministry.

Reporting by Daina Beth Solomon; Editing by Will Dunham