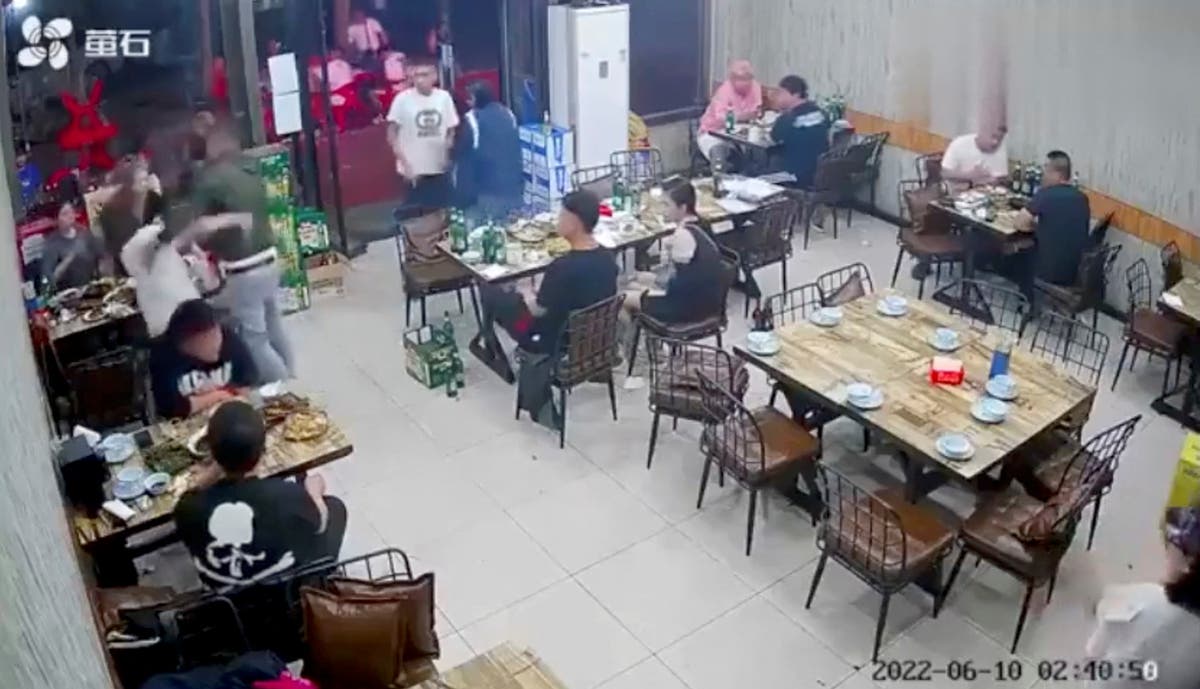 A Chinese man has been sentenced to 24 years in prison for his role in a brutal attack on women diners earlier in June.

The Guangyang District People’s court in China’s northern Hebei province found Chen Jizhi, along with four others, guilty of violently assaulting four women with chairs, bottles and punches after one of them rejected his sexual advances.

Calling him a ringleader of a gang that conducted criminal activities for years, the court also convicted him for offences including robbery and opening an illegal gambling ring.

The court also sentenced 27 other defendants, charging them with offences including opening casinos, robbery, assisting in cybercrime, picking quarrels and provoking trouble. Their period of sentencing ranged from six months to 11 years, while 19 were slapped with fines ranging from 3,000-135,000 yuan (£377-16,984).

Police began investigating the matter after a viral video showed Chen along with several other men attacking the four women diners in an incident that shocked the country and drew widespread public backlash over the issue of gender-based violence.

Surveillance camera video captured on 10 June showed the suspects approach a group of four women having dinner at a restaurant before he placed his hand on one of their backs. She dismissed his advances a number of times, sending him into a rage before he slapped her.

As the woman fought back, it triggered a brawl with a group of men entering the restaurant and attacking them, including shoving them to the ground, kicking and throwing a chair at them.

More footage taken outside the restaurant showed the attackers dragging one of the women out and beating her as passersby and patrons looked on.

Graphic videos along with pictures of a woman with a bloodied and swollen face being taken away on a stretcher set off public anger with police coming under fire for their slow response to the attack.

Initially, law enforcement held nine people, including seven men and two women. But in a subsequent probe, police uncovered other criminal activities against the accused and charged 27 others with various crimes.

The Hebei Provincial Commission for Discipline Inspection said it had also opened an investigation against 15 officials for suspected corruption involving “evil organisations”, with eight detained for providing “protection” for the criminal gang.