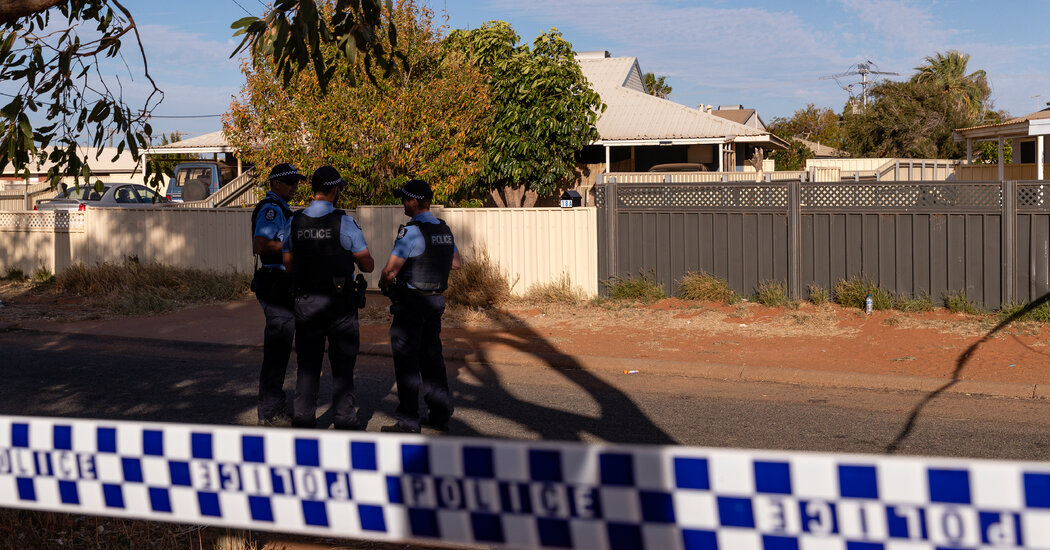 MELBOURNE, Australia — The Australian police charged a man on Thursday over the abduction of a 4-year-old girl who was found after an 18-day search that had transfixed Australia since her disappearance from her family’s tent in the dead of night.

The Western Australia police said in a statement that the 36-year-old man, whom local media identified as Terence Darrell Kelly, had been charged with “various offenses relating to the abduction of 4-year-old Cleo Smith.”

One of the charges is “forcibly taking a child under 16,” said the statement, which did not detail what or how many other charges were laid.

The legal action came as the authorities continued to address questions about how the police had been able to find the girl on Wednesday, alive and well, more than two weeks after she was taken from a remote spot along the coast of Western Australia.

The police have been tight-lipped, but on Thursday they said it had been a “very quick-moving situation.”

“We were piecing the information together late on Tuesday afternoon, obviously trying to gather further information. Things became a little clearer, we identified that this person was a person of interest, a suspect, and it led from there,” Rod Wilde, the lead detective on the case, said at a news conference.

The Western Australia police minister, Paul Papalia, told the Australian Broadcasting Corporation: “It wasn’t a random tip or a clairvoyant or any of the sort of things that you might hear. It was just hard police grind.”

On Wednesday, the police commissioner, Chris Dawson, told reporters that “information about a car was really important.” The police had previously spoken about a vehicle that was seen traveling away from the family’s campsite in the early hours of the morning Cleo was taken.

Local news media reported that neighbors had seen the suspect buying diapers and had heard a child crying in his house. The authorities also said that roadway CCTV footage and cellphone data had aided their search, which included a task force of more than 100 officers, military surveillance planes and a reward of 1 million Australian dollars, or $740,000.

“My name is Cleo,” the girl said to the four police officers who forced their way into the suspect’s locked home in the small town of Carnarvon around 1 a.m. on Wednesday. The police later said that “the lights were on and she was playing with toys” when they found her.

The suspect was arrested shortly before Cleo was rescued, outside and on the same street as the house, the authorities said. The police believe the man acted alone.

He appeared at the Carnarvon courthouse on Thursday. Local journalists who attended the hearing reported that he did not apply for bail. He was barefoot and appeared agitated at the presence of reporters, according to the Australian Broadcasting Corporation.

The premier of Western Australia, Mark McGowan, and two detectives who led the investigation and rescue mission visited Cleo and her family on Thursday.

Detective-Senior Sergeant Cameron Blaine said afterward at a news conference that Cleo was in good health. “It’s really good to see that she’s adjusted,” he said. “She’s getting some sleep, she’s playing in the backyard, exactly how you would expect of my daughter when she was 4.”

She will still need to be interviewed by child-specialist officers to determine what exactly happened during her abduction, the police said.

There has been a sense of unease in Carnarvon following the arrest, local media reported. After one news station mistakenly reported that an Aboriginal man was the person in custody, he was reportedly inundated with threats. The news station later apologized.

The local government has called on residents to “maintain our unity, positivity and community spirit,” and the police asked residents not to theorize about the case online.

“Please don’t speculate, don’t get on Facebook, type in wild theories. There’s been a lot of it through this investigation. It’s unhelpful, we see that it’s untrue, it only damages people,” Mr. Wilde, the lead detective, said on local radio.

On Thursday night, a post on a Facebook profile that purported to belong to the suspect had attracted over 3,000 comments, and people online circulated lists of social media handles they believed belonged to him.