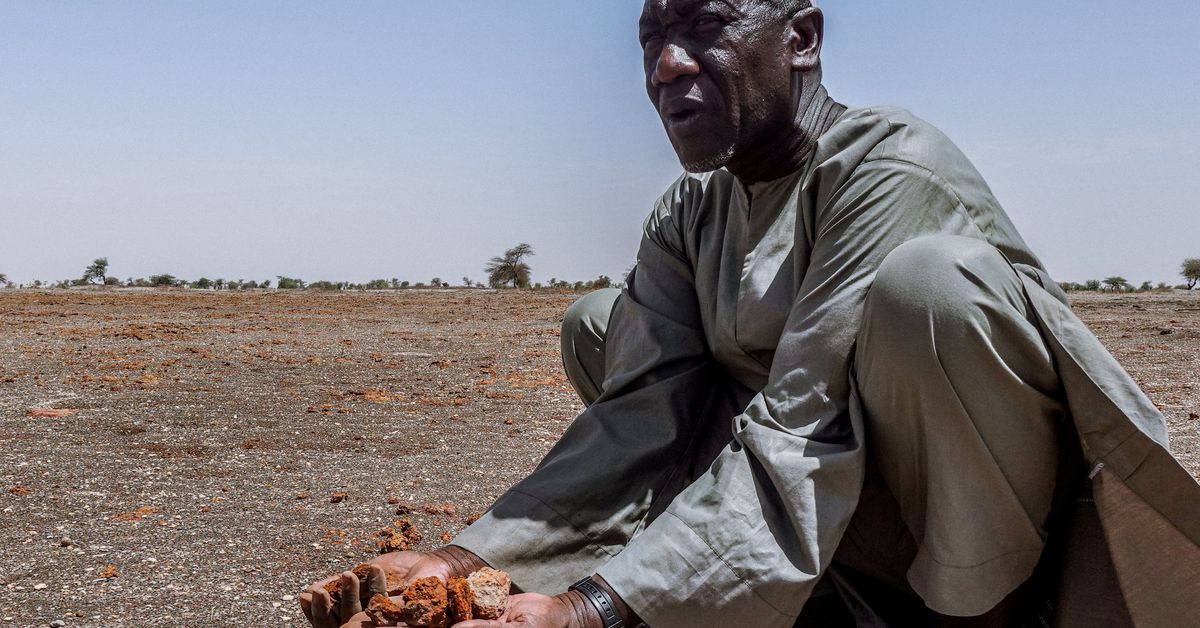 DAKAR, Nov 4 (Reuters) – Since Lake Faguibine in northern Mali dried up, communities on its parched shores have had to defend their homes from encroaching sand dunes while finding new ways to scratch a living from the degraded soil.

The lake – once one of the largest in West Africa – used to be fed by annual flooding from the Niger River. But it started to disappear after catastrophic droughts in the 1970s, forcing more than 200,000 people to abandon their traditional livelihoods.

“All this area was covered by water,” said farmer-turned-herder Abdul Karim Ag Al Hassane, pointing to the desert horizon in a video shared by the International Committee of the Red Cross (ICRC).

Now he and other inhabitants of the formerly lakeside villages west of Timbuktu have to walk long distances to find water for their livestock and build barriers out of sticks in an effort to keep the dunes at bay.

The shrinking population of Lake Faguibine is set to come under further pressure from climate change. Average temperatures are expected to rise over 3°C in West Africa by 2100 and up to 4.7°C in northern Mali, according to the U.N. climate body.

Efforts to boost resilience by restoring Faguibine’s wetlands and the area’s role as the breadbasket of the Timbuktu region have been derailed by waves of conflict, most recently a years-long Islamist insurgency, according to a 2016 study in the African Journal of Aquatic Science.

In the village of Bintagoungou, the advancing dunes have buried a schoolyard and cracked the empty buildings’ foundations.

“This is a school for almost 400 students,” said mayor Hama Abacrene. “That’s an entire generation. A lost generation, a generation condemned to flee or be recruited.”