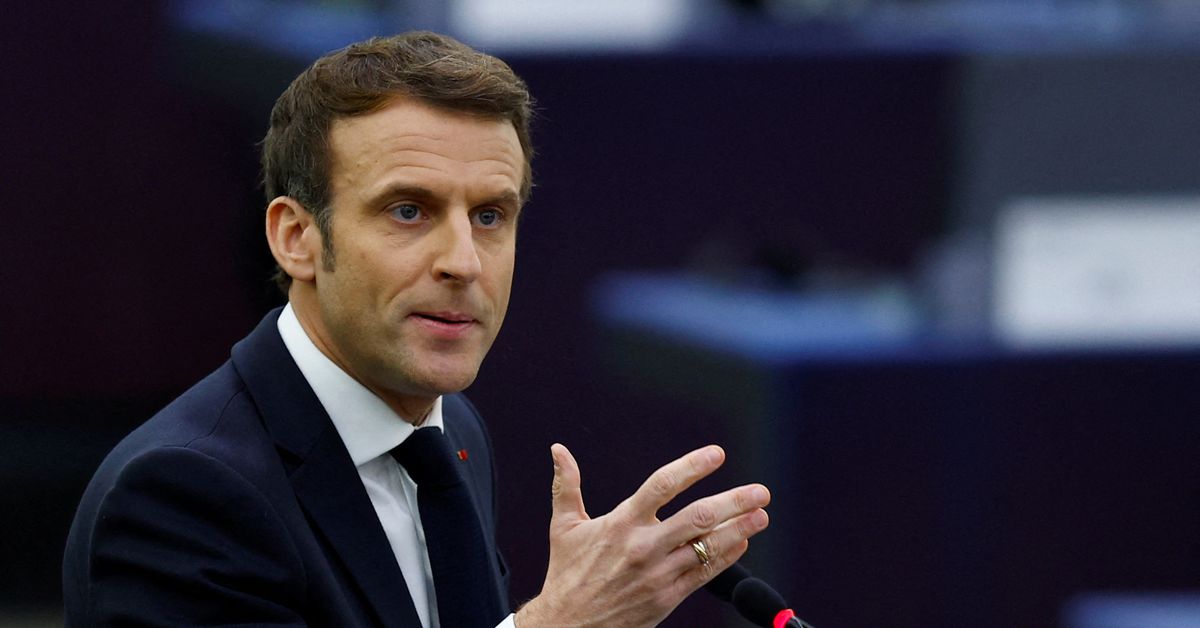 French President Emmanuel Macron delivers a speech at the European Parliament at the start of France’s presidency of the Council of the European Union, during a plenary session in Strasbourg, France, January 19, 2022. REUTERS/Gonzalo Fuentes

STRASBOURG, France, Jan 19 (Reuters) – The European Union must hold a “frank dialogue” with Russia and seek a political solution to the tensions over Ukraine, French President Emmanuel Macron told the European Parliament on Wednesday.

Addressing lawmakers at the start of France’s six-months presidency of the EU, Macron said EU countries must also define among themselves a “new stability and security order” that they would then discuss with Moscow.

“The security of our continent is indivisible”, Macron said, referring to Russia.

A proponent of the EU having its own “strategic autonomy” in the field of defence, Macron added that the bloc must bring itself to a position to make sure “it can be respected,” including by making sure it is not too dependent on Russia for its energy supplies.

Speaking amid growing worries over a Russian military build-up at Ukraine’s borders, Macron said that France, together with Germany, wants to continue seeking a political response to the tensions over Ukraine in the so-called Normandy format, which brings together Ukraine, Russia, Germany and France.

Separately, Macron said the EU must review its relationships with the Western Balkans and offer them sincere prospects of joining the bloc.