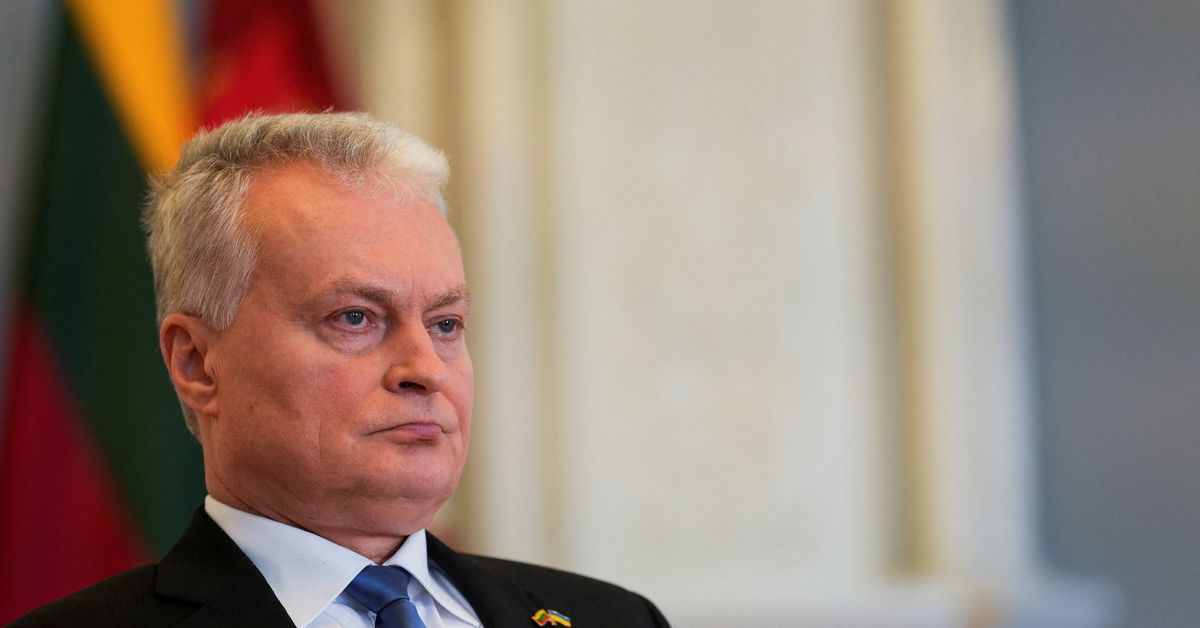 VILNIUS, June 23 (Reuters) – Lithuania must raise defence spending to 3% of GDP to enable it to host a much larger number of NATO troops, its president said ahead of NATO summit that will address how to counter rising security threats posed by Russia’s invasion of Ukraine.

NATO allies remain split over troop deployments and extra weaponry, should be based, with eastern states closer to Russia seeking greater permanent reinforcements on their soil although they may lack the infrastructure to accommodate them.

Germany now commands a NATO detachment of about 1,700 troops in Lithuania, which was reinforced in the immediate aftermath of Russia’s February invasion.

Ahead of the NATO summit next week in Madrid, Berlin agreed to earmark a combat-ready brigade with some 3,000 troops that could be deployed quickly to defend Lithuania if necessary.

With time it could be stationed in the Baltic republic of 2.8 million people, Lithuanian President Gitanas Nauseda and German Chancellor Olaf Scholz said on June 7. read more

Nauseda told Reuters in an interview this week that he hoped Lithuania would be able to host the brigade by 2027, but only if it spends hundreds of millions to develop military installations to house it.

“Infrastructure-wise, we are not ready to deploy a brigade-sized unit in Lithuania because there is no accommodation infrastructure here. I hope that by 2027 we will be ready,” he said on Wednesday.

“We are talking about hundreds of millions of euros for that purpose. And this is also a serious amount of money which allows me to talk about the necessity of achieving 3% of defence spending in the coming years.”

Lithuania has earmarked 1.5 billion euros – 2.52% of gross domestic product in the nation of 2.8 million people – to defence next year.

Fellow Baltic republic Estonia expects the NATO summit to designate additional units for its defence, but they would not be based on its soil, Prime Minister Kaja Kallas told Reuters.

“We have some housing (for troops) but of course we have to invest more. And that is why, considering our size, that’s why I think the solution is that some troops are stationed elsewhere.”

Reporting by Andrius Sytas in Vilnius
Editing by Mark Heinrich