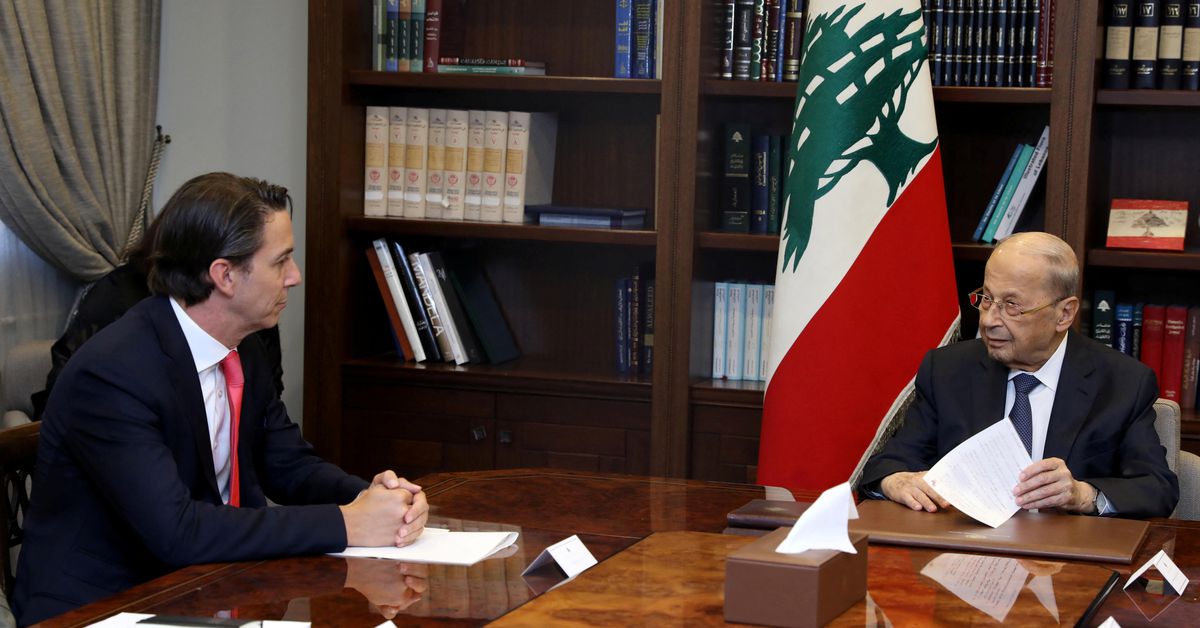 BEIRUT, Oct 1 (Reuters) – Lebanon’s parliament speaker said a draft, U.S.-brokered deal demarcating a disputed maritime border with Israel was “positive” but must be studied before a final reply is given, according to comments distributed by his office.

Earlier on Saturday the Lebanese presidency said Beirut had received a letter from U.S. mediator Amos Hochstein regarding proposals for the maritime boundary demarcation between Lebanon and Israel, enemy states with a history of conflict.

Hochstein has been shuttling between Lebanon and Israel in an effort to seal a deal that would pave the way for offshore energy exploration and defuse one potential source of conflict between Israel and the Iran-backed Lebanese group Hezbollah.

In a tweet, the U.S. embassy in Beirut said Ambassador Dorothy Shea had met President Michel Aoun, Parliament Speaker Nabih Berri and Prime Minister Najib Mikati “to provide the U.S proposal for a final agreement on the maritime boundary line”.

Berri, a Hezbollah ally and one of Lebanon’s most influential politicians, told Asharq al-Awsat newspaper the draft of the final agreement was “positive”, according a statement circulated by his office.

Berri considered that the draft “meets in principle the Lebanese demands” which reject the maritime boundary deal having any impact on the land border between the two countries, it said.

Berri noted however that the agreement was 10 pages and in English and “would require study before the final response to it is given”.

Hezbollah leader Sayyed Hassan Nasrallah, in a speech on Saturday, said the receipt of the letter was “a very important step” and the coming days would be crucial.

The heavily armed Hezbollah, which last fought a major war with Israel in 2006, has warned against any Israeli exploration and extraction in the disputed waters.