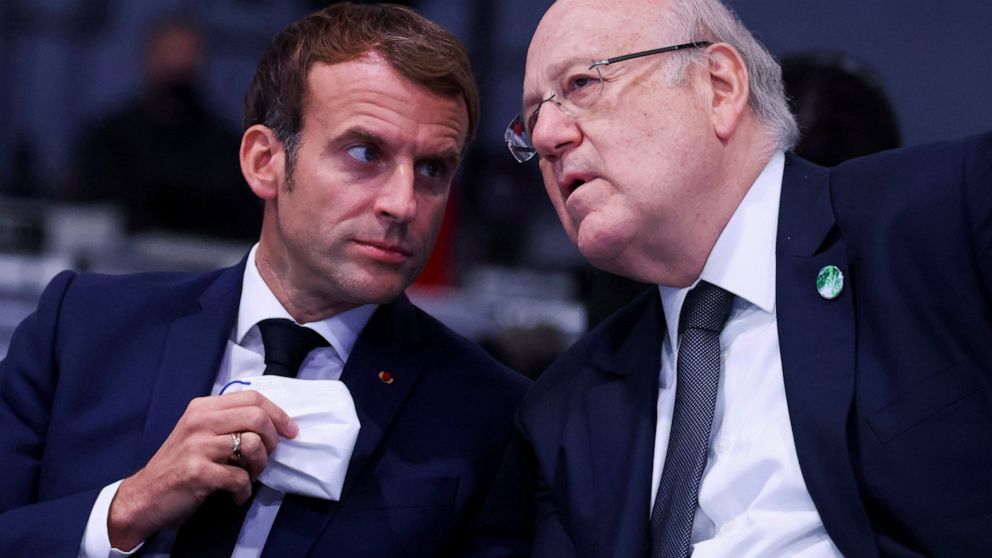 BEIRUT — Lebanon’s prime minister on Thursday again urged the information minister to “do what needs to be done,” an apparent appeal for him step down over an unprecedented diplomatic rift with Saudi Arabia.

The spat has threatened to destabilize the new Lebanese government and escalate the country’s economic tailspin.

Prime Minister Najib Mikati cannot dismiss the minister without approval of at least two-thirds of the Cabinet and Lebanon’s president. The information minister George Kordahi had refused to apologize or resign— a position that was supported by Hezbollah and allies in the Cabinet.

Mikati said he had agreed with Lebanese President Michel Aoun on a way out of the crisis that is threatening to split his government, sworn in less than two months ago. He called Kordahi’s decision would be a “priority and the natural road map to get out of the crisis,” and preserve relations with the Gulf.

But in a sign that there was no letting up to the crisis, Hezbollah on Thursday said in a brief statement that it rejects and condemns what it called “foreign dictation to the way the government works” – indirectly reiterating its continued support for Kordahi.

Beirut-based TV station al-Mayadeen quoted Kordahi saying that he will not resign.

On the eve of Mikati’s speech, the deputy leader of Hezbollah Naim Qassim also said that it was Saudi Arabia that must apologize to Lebanon for its “unjustified attack.”

Mikati also had stern words for his partners in government — the militant Hezbollah group and its allies.

The spat was triggered by Kordahi’s remarks aired last week about the war in Yemen, where a Saudi-led coalition is battling Iran-backed Houthi rebels. Lebanese officials have said that Kordahi’s remarks do not represent official government views.

Riyadh has withdrawn its ambassador from Beirut and asked the Lebanese envoy to leave the kingdom. It has also banned Lebanese imports, undermining the small nation’s foreign trade and depriving it of millions of dollars even as it struggles amid an economic meltdown.

“The country can’t be managed with the language of challenge and obstinacy,” said Mikati, who returned to Beirut on Wednesday night from the U.N. climate conference in Glasgow, Scotland. “We must unite behind one word to work on saving our country.”

Lebanon had sought French and U.S. mediation with Saudi Arabia.

Mikati’s message appears to be directed mostly at his government partners from the Iran-allied Hezbollah. Local media said some ministers allied with Hezbollah have threatened to resign if Kordahi goes.

Kordahi was named to the government by a Hezbollah-allied party. Hezbollah members have called the Saudi campaign “extortion.”

Kordahi has refused to resign, insisting Yemen’s Houthis have the right to defend themselves and saying that he did not mean to offend with his comments, which were recorded before he became minister.

Gulf Arab countries have joined Saudi Arabia in pulling out their diplomats from Lebanon, deepening the diplomatic spat.

The row has tested Mikati’s new government, sworn in after more than a year of deadlock among Lebanese politicians over the composition of the government. The Cabinet has not been able to convene for weeks, mostly over a separate crisis, triggered when Hezbollah protested the course of the investigation into the Beirut Port explosion last year.

Hezbollah has criticized the judge leading the investigation, saying his probe was politicized and called on the government to ensure he is removed.

Mikati reiterated Thursday his position that the government should not interfere in the judiciary. “The Cabinet is the right place to discuss all issues that concern the government away from dictation, challenges, loud voices or threats,” he said.

China withdraws promise not to send troops to Taiwan after unification