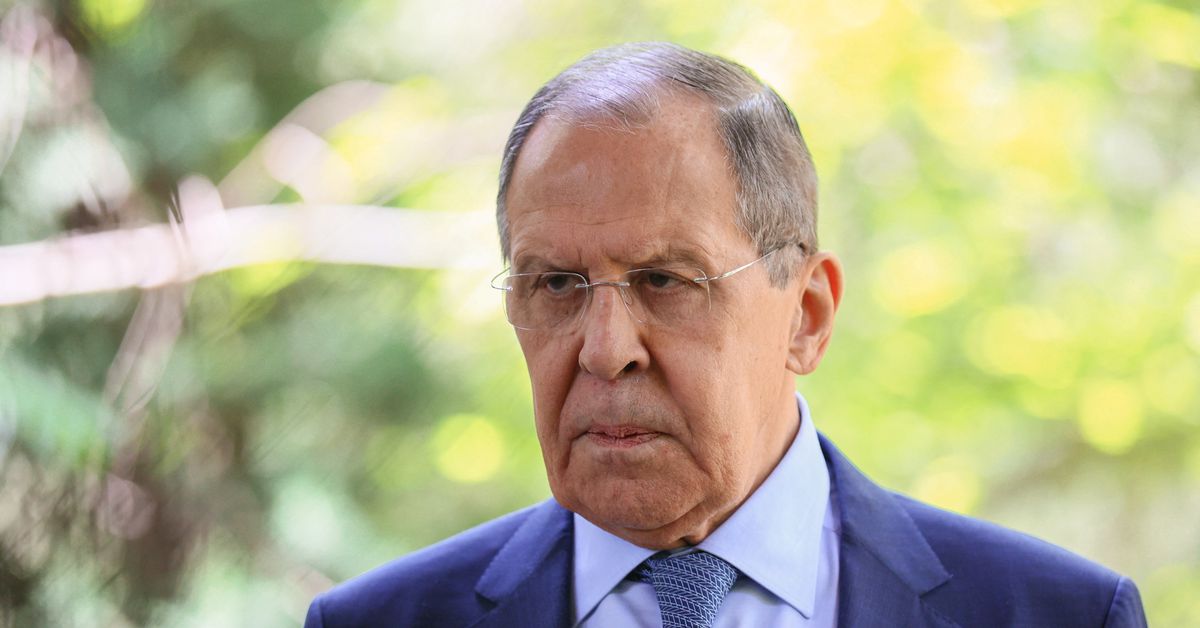 LONDON, May 14 (Reuters) – Russian Foreign Minister Sergei Lavrov said on Saturday that the West had announced a “total hybrid war” against Russia and it was hard to predict how long it would last.

In a speech on the 80th day since Russia invaded Ukraine, Lavrov pointed to the barrage of sanctions imposed by the West against Moscow and attempted to portray Russia as the target, not the perpetrator, of aggression.

“The collective West has declared total hybrid war on us and it is hard to predict how long all this will last but it is clear the consequences will be felt by everyone, without exception,” he said in a speech.

“We did everything to avoid a direct clash – but now that the challenge has been thrown down, we of course accept it. We are no strangers to sanctions: they were almost always there in one form or another.”

Efforts by the West to isolate Russia were doomed to fail, Lavrov said, while pointing to the importance of Russia’s relations with China, India, Algeria and Gulf countries.