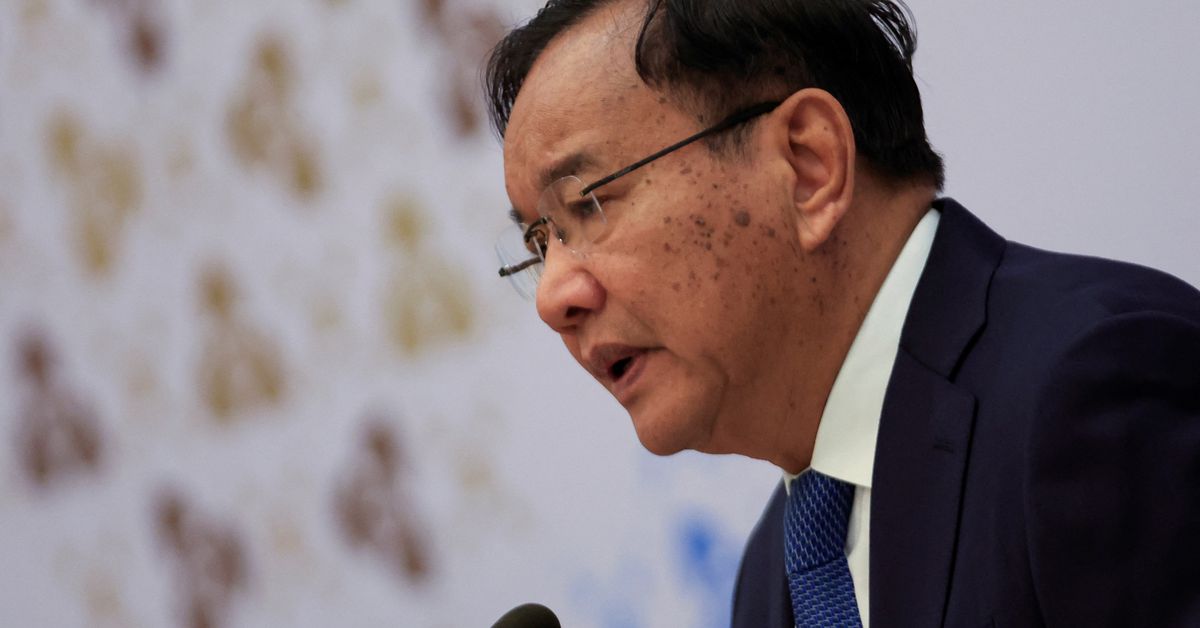 PHNOM PENH, Aug 6 (Reuters) – A lack of trust and political will is stifling Myanmar’s peace process and the Southeast Asian bloc ASEAN will keep shunning its ruling generals, unless they engage opponents and make concrete progress, a special regional envoy said on Saturday.

Prak Sokhonn, Cambodia’s deputy prime minister and chair of this week’s regional foreign ministers’ meetings, said he would not give up on Myanmar, even though he had seen no willingness from any party to give up their fight.

Myanmar has been trapped in a spiral of violence since the military seized power last year and ended a decade of tentative democracy, triggering a backlash of protests, strikes and armed resistance that the generals have met with deadly force.

Prak Sokhonn said the junta’s recent execution of four activists tied to a militia movement was a major blow for any peace hopes and the Association of Southeast Asian Nations (ASEAN) agreed that without future progress, its position on Myanmar would have to be reconsidered.

“I haven’t seen any sign of will from all parties to stop the fight. The only way I see now is to continue to fight. Why? Because of the lack of trust,” he said.

“Without this trust, the fight will continue and the political process will never stop, because no one will come if they fear for their life.”

The junta has become an international outcast due to its fierce crackdown on its opponents. ASEAN has barred the military from representing Myanmar at international meetings until starts to implement a peace plan.

A United Nations-backed peace plan that Myanmar’s coup leader agreed to with ASEAN in 2021 has yet to move forward and remains the only diplomatic process in play.

In a statement late on Friday, Myanmar’s junta said ASEAN members should not interfere in its affairs, nor engage with “terrorists” opposed to its rule.

It said the military had always been clear that its commitment to the peace process would be determined by developments on the ground.

“ASEAN should respect the right of every member state and refrain from interference … subversion and coercion,” it said, adding the junta was making “notable progress” in peace efforts.