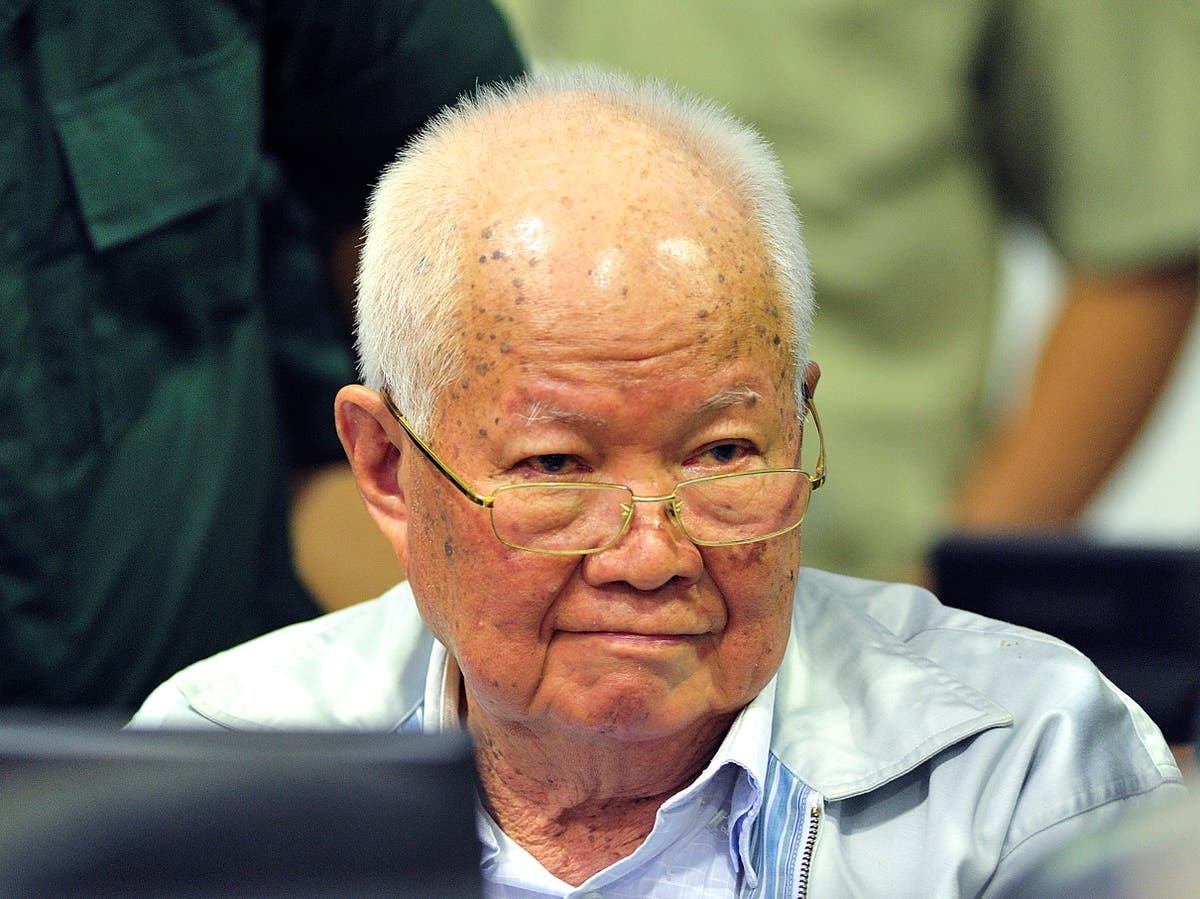 The Extraordinary Chambers in the Courts of Cambodia, a UN-backed tribunal charged with prosecuting the crimes of the Khmer Rouge regime, spent $337m and 16 years to convict the former leader and two other defendants in connection with the reign that caused the deaths of an estimated 1.7 million people.

Khieu Samphan, 91, who served as head of state in Cambodia’s 1975-79 Khmer Rouge government, was convicted in 2018 of genocide, crimes against humanity and war crimes and sentenced to life in prison.

“It is clear that through me, the chamber was, rather, targeting the Communist Party of Kampuchea,” he told tribunal judges in a final statement last August while appealing against the conviction.

Khieu has denied having had any real say in policies when the Khmer Rouge sought to establish a utopian agrarian society, causing citizen deaths from execution, starvation and inadequate medical care.

“No matter what you decide, I will die in prison,” he said to the court last year.

“I will die always remembering the suffering of my Cambodian people. I will die seeing that I am alone in front of you. I am judged symbolically rather than by my actual deeds as an individual.”

Responding to the verdict, Amnesty International’s Deputy Regional Director for Campaigns Ming Yu Hah said: “For all its well-documented flaws, the Khmer Rouge tribunal has shown that those responsible for crimes under international law can and will be held responsible. Today’s ruling should serve as another reminder that accountability for the most serious crimes has no expiration date.”

The court’s latest ruling comes as Khieu is already serving another life sentence over a 2014 conviction for crimes against humanity connected with forced transfers and disappearances of masses of people.

The tribunal had also convicted Kaing Guek Eav, also known as Duch, in 2010 of crimes against humanity, murder and torture.

He had served as the commandant of Tuol Sleng prison, where roughly 16,000 people were tortured before being taken away to be killed.

The Khmer Rouge’s real chief, Pol Pot, died in the jungle in 1998 at the age of 72, while the remnants of his movement fought their last battles in a guerrilla war launched after they lost power.