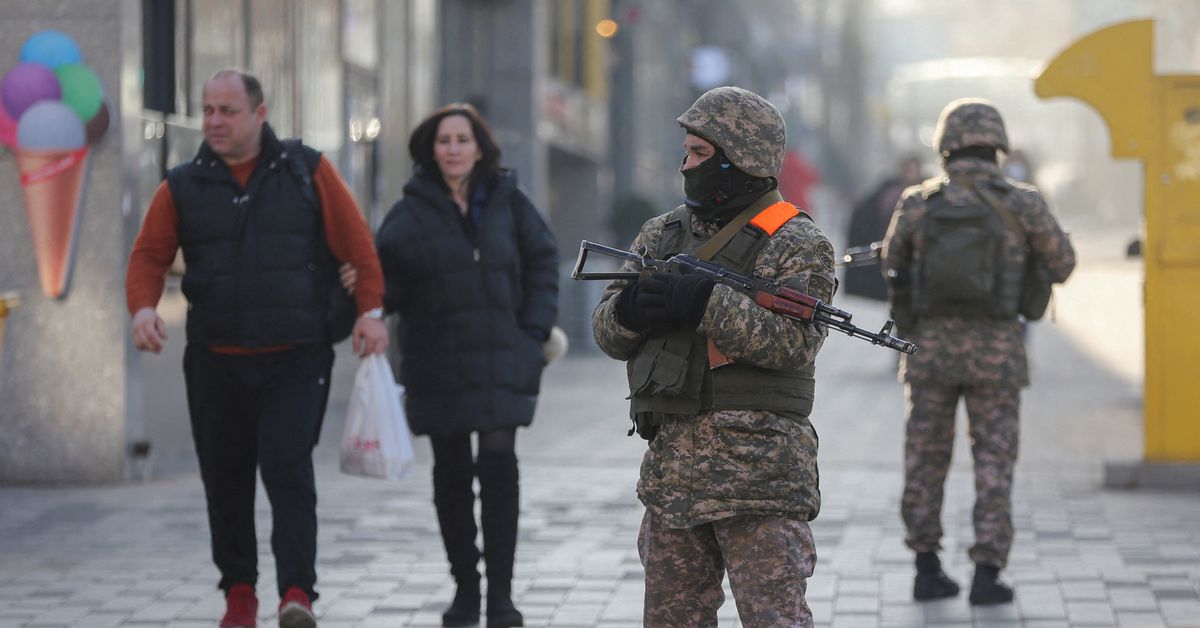 ALMATY, Jan 19 (Reuters) – Security forces blocked several downtown streets and cordoned off one of the squares in Kazakhstan’s biggest city Almaty on Wednesday as an opposition group planned to stage protests, a Reuters correspondent reported from the scene.

The oil-rich Central Asian nation was shaken this month by the worst bout of violence in its post-Soviet history during which at least 225 people were killed, most of them in Almaty.

On Wednesday, a group led by Mukhtar Ablyazov, a former Kazakh banker turned government critic in exile, said it would hold protests outside local government buildings in major cities throughout the country of 19 million.

Police in Almaty said they were carrying out an “anti-terrorist operation”.