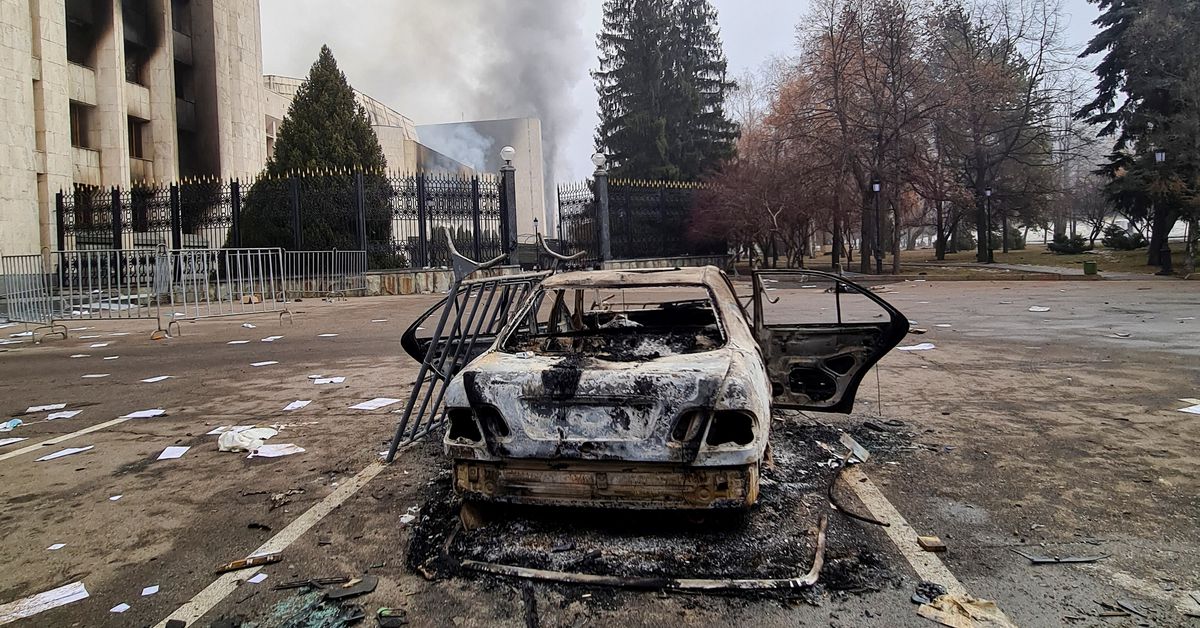 ALMATY, Jan 15 (Reuters) – The bodies of 225 people killed in unrest in Kazakhstan last week, including 19 members of the security forces, were delivered to morgues throughout the country, the prosecutor general’s office said on Saturday.

The figure included civilians and armed “bandits” killed by security forces, Serik Shalabayev, the head of criminal prosecution at the prosecutor’s office, told a briefing.

He did not provide an exact breakdown of the figures and said numbers could be updated later.

Violent protests began in the oil-producing Central Asian state this month after a jump in car fuel prices. The toll provided by Shalabayev confirmed the violence was the deadliest in the country’s post-Soviet history. read more

Shalabayev said 50,000 people joined the riots throughout the former Soviet republic at their peak on Jan. 5 when crowds stormed and torched government buildings, cars, banks and shops in several major cities.

President Kassym-Jomart Tokayev turned to a Russia-led military bloc for help during the unrest and sidelined his former patron and predecessor Nursultan Nazarbayev by taking over the national security council.

After complaints about beatings and torture of those detained in the aftermath, Tokayev ordered police on Saturday to avoid abuses and told prosecutors to be lenient to those who have not committed grave crimes.