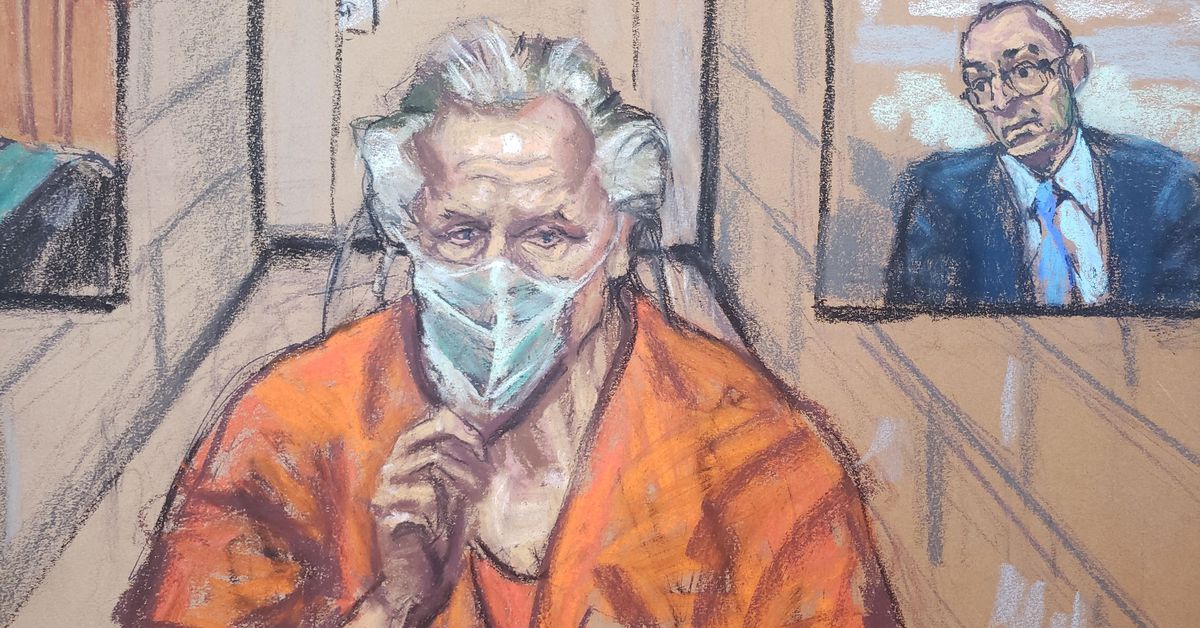 Canadian fashion designer Peter Nygard appears via video feed near a screen of Ontario prosecutor Neville Golwalla during his bail hearing in connection with multiple sexual assault charges in a courtroom in Toronto, Ontario, Canada, in this courtroom sketch January 6, 2022. REUTERS/Jane Rosenberg

TORONTO, Jan 14 (Reuters) – The judge at the bail hearing for Canadian fashion designer Peter Nygard, who faces charges of sexual assault and forcible confinement, said on Friday that he will give his ruling next week on whether Nygard can be released from jail.

Ontario justice of the peace John Scarfe said he would give his ruling virtually on Wednesday at 10 a.m. ET (1500 GMT).

Nygard, born in Finland, faces charges in both Canada and the United States in connection with incidents that allegedly occurred between 1987 and 2006. He has denied all wrongdoing.

The bail hearing relates to charges filed by Canadian authorities. Arguments between Nygard’s lawyers and the Crown prosecutor wrapped up Friday.

The hearing is subject to a broad publication ban that precludes reporting on details of the proceedings.

Nygard, 80, appeared via video feed from a Toronto jail. He wore an orange jumpsuit and light blue surgical mask.

With eagles and elephants, Philippines lures public for ‘zoo jabs’

EU to subtract millions from funds to Poland over coal mine