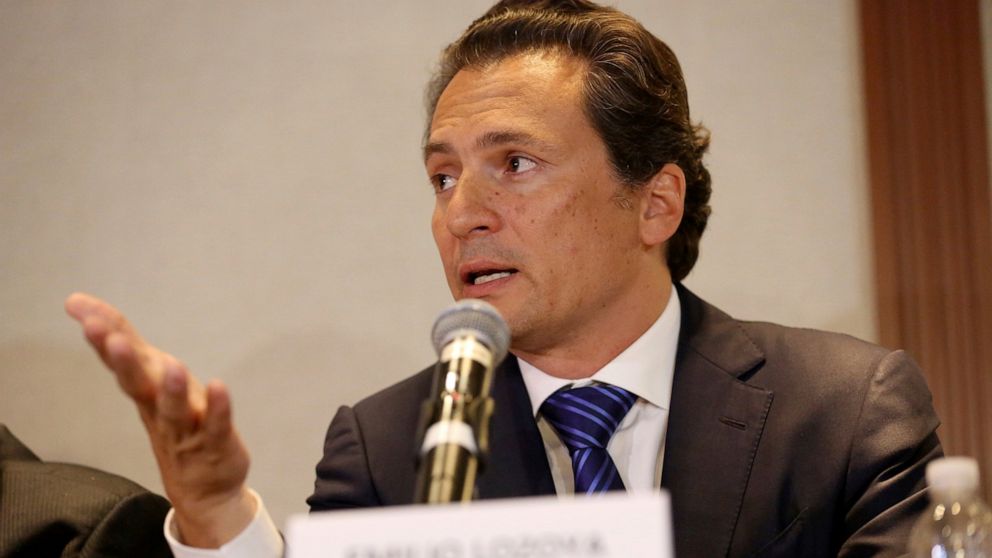 The former head of Mexico’s state-run oil company has finally been ordered to jail, a year after he was extradited from Spain but offered to turn state’s evidence against other former officials

MEXICO CITY — The former head of Mexico’s state-run oil company has finally been ordered to jail on Wednesday, a year after he was extradited from Spain but offered to turn state’s evidence against other ex-officials.

Emilio Lozoya served as director of the state-run oil company Petroleos Mexicanos under former president Enrique Peña Nieto, who governed from 2012 to 2018.

Lozoya offered testimony about bribery and corruption involving opposition legislators and former administration officials, and also acknowledged that he himself received bribes.

But a judge ruled Wednesday that Lozoya’s accusations have not done enough to help prosecutors, and that he represents a flight risk, and so should be held in jail while his legal process continues. He faces charges of corruption and money laundering, among others.

Lozoya had previously stayed out of jail because he was considered a cooperating witness. Lozoya’s lawyers have also asked for seemingly endless extensions of his legal case.

The case has proved an embarrassment to President Andrés Manuel López Obrador, who has made rooting out corruption the main theme of his presidency. Prosecutors have not yet managed to jail any of the top figures implicated in a big corruption case at the state-run oil company that almost bankrupted the firm.

In October, Lozoya was photographed dining out carefree at a luxury restaurant in Mexico City, drawing criticism.

“I believe it is legal, but is immoral that these things happen. It is imprudent, at the very least,” López Obrador said in October. “That is why there is so much indignation at him eating at a luxury restaurant. Even though he can legally do so, he is a witness to acts of corruption that damaged Mexico a lot.”

Lozoya fled to Spain, was arrested there and extradited back to Mexico in 2020.

Once back in Mexico, Lozoya alleged that Peña Nieto and his right-hand man, then treasury secretary Luis Videgaray, directed him to bribe lawmakers, including five senators, to support controversial energy and other structural reforms in 2013 and 2014.

Lozoya also faces corruption charges related to Pemex’s overvalued purchase of a fertilizer plant and to millions in dollars of bribes paid by Brazilian construction firm Odebrecht. He has said Peña Nieto and Videgaray told him to use $4 million from Odebrecht to pay foreign campaign consultants for work on Peña Nieto’s 2012 election campaign.

Videgaray has denied the accusations. Peña Nieto, who left office in 2018 and is reported to live abroad, hasn’t spoken publicly since the allegations surfaced. Neither man faces any charges.

And the businessman accused of bilking the government on the fertilizer plant deal quickly repaid some of the money and was released.

So the only people prosecutors have really gone after in the case are the opposition politicians who allegedly received the bribes, and that has raised suspicions in a country where the law has long been used only to punish political enemies.