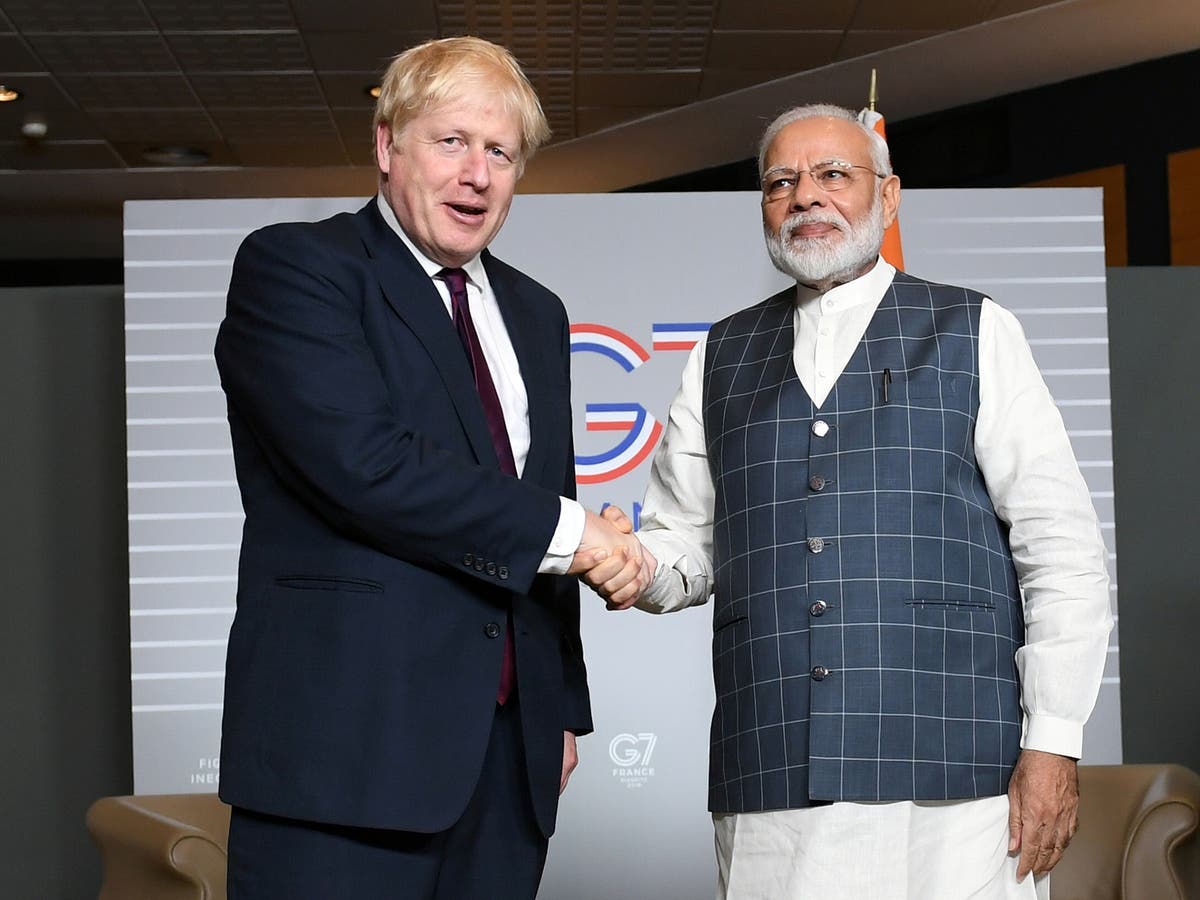 British prime minister Boris Johnson will be meeting his Indian counterpart Narendra Modi on the sidelines of the Cop26 summit to discuss a climate partnership between the two countries.

The meeting will take place after the opening ceremony of the 26th UN climate summit on Monday and is going to be the first in-person bilateral talks between the British and Indian prime ministers this year since Mr Johnson’s India trip was cancelled twice due to the Covid-19 pandemic.

The meeting will focus on enhancing solar alliance partnership between the two countries with the launch of a new Green Grids Initiative.

The India-led International Solar Alliance (ISA) — an inter-governmental treaty-based international organisation — will launch the initiative on Tuesday in partnership with the UK, which aims to connect different parts of the world with a common solar grid.

A key issue India has been raising ahead of the Cop26 summit is the matter of climate finance. It has repeatedly called for richer countries to take on more responsibility for emission cuts instead of asking for the same level of actions from developed countries.

India is among the top countries in the world in terms of installed renewable energy, wind and solar energy capacity. “At the WLS, I will share India’s excellent track record on climate action and our achievements,” Mr Modi said in a statement ahead of the summit.

“I will also highlight the need to comprehensively address climate change issues including equitable distribution of carbon space, support for mitigation and adaptation and resilience building measures, mobilisation of finance, technology transfer and importance of sustainable lifestyles for green and inclusive growth,” he said.

Mr Johnson, who warned that the talks are the last “one minute to midnight” in the fight against climate disaster, has pledged to put an extra £1bn into a crisis fund for poor nations conditional to the UK’s economy bouncing back from Covid.