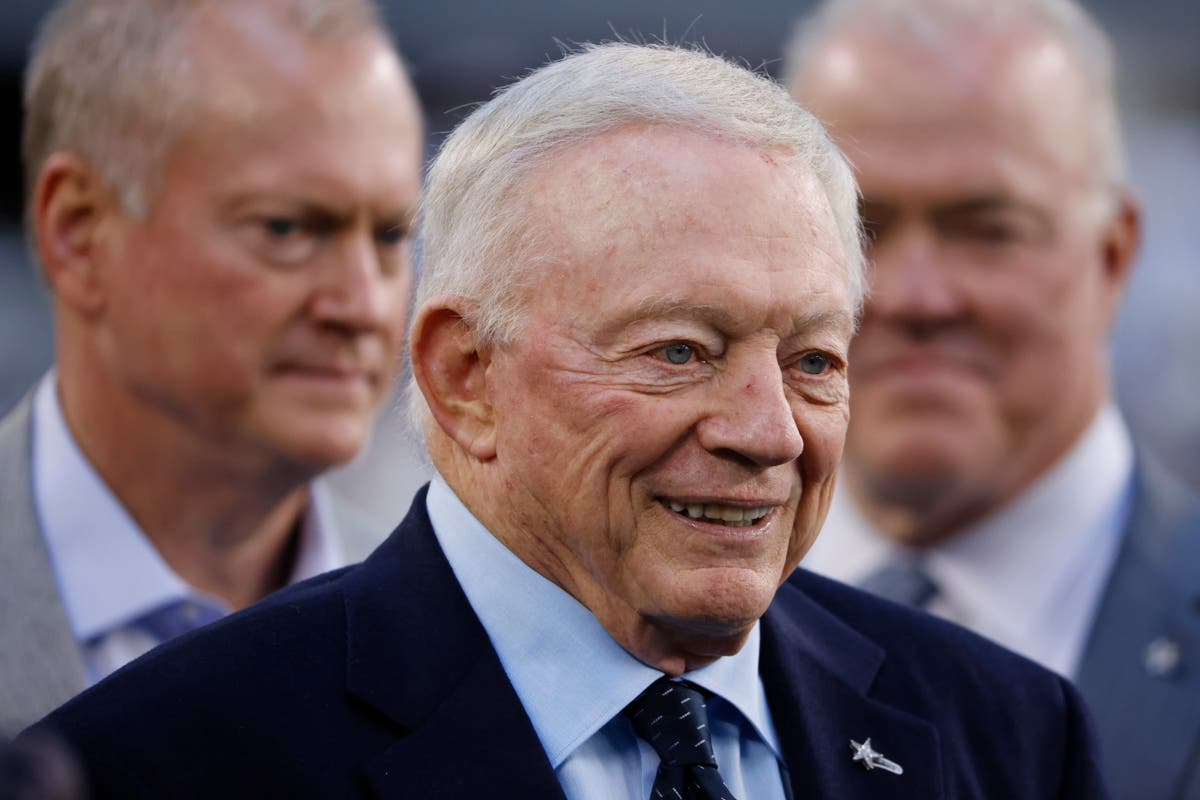 A newly-unearthed photo shows a 14-year-old Jerry Jones among a group of white teenagers blocking six African-American students from entering a school in Little Rock, Arkansas, in 1957.

Mr Jones, the billionaire owner of the Dallas Cowboys, acknowledged in an interview with the Washington Post he was in the photo, which was taken amid protests over efforts to integrate Black students into local high schools during the civil rights movement.

Mr Jones told the Post that his football coach had warned players to avoid the arrival of the six African-American students for their first day at North Little Rock High.

He disobeyed but said it was out of a sense of curiosity rather than any racist intent, adding he looked “a little like a burrhead” standing towards the back of the gathered crowd.

“I don’t know that I or anybody anticipated or had a background of knowing … what was involved,” he told the Post.

Richard Lindsey, one of the Black students trying to gain entry to the school, would later recount how a white student put his hand on the back of his shoulder, and said: “I want to see how a n***** feels.”

The students, who became known as the Little Rock 6, ultimately decided against enrolling in the school.

Events at North Little Rock High School occurred a few weeks before a separate event that became a flashpoint for the civil rights movement.

On 9 September 1957, nine African-American students trying to enter Little Rock Central High School were pushed and shoved by white students as they attempted to enter the school.

The racist protests became so inflamed that then-President Dwight Eisenhower sent in federal troops to try to enforce desegregation.

The Post article goes on to point out that Mr Jones, as one of the most powerful executives in the NFL, has done little to advance issues of racial equity in the league.

He objected to protests during the 2017 season when many players took a knee during the playing of the national anthem, a movement spurred by Colin Kaepernick to push back against the killing of African-Americans by police.

He has also been dismissive of the NFL’s Rooney rule, which requires teams to consider at least one minority candidate when hiring a head coach.

Mr Jones has never hired a Black head coach or top executive during his 33-year ownership of the Dallas Cowboys.