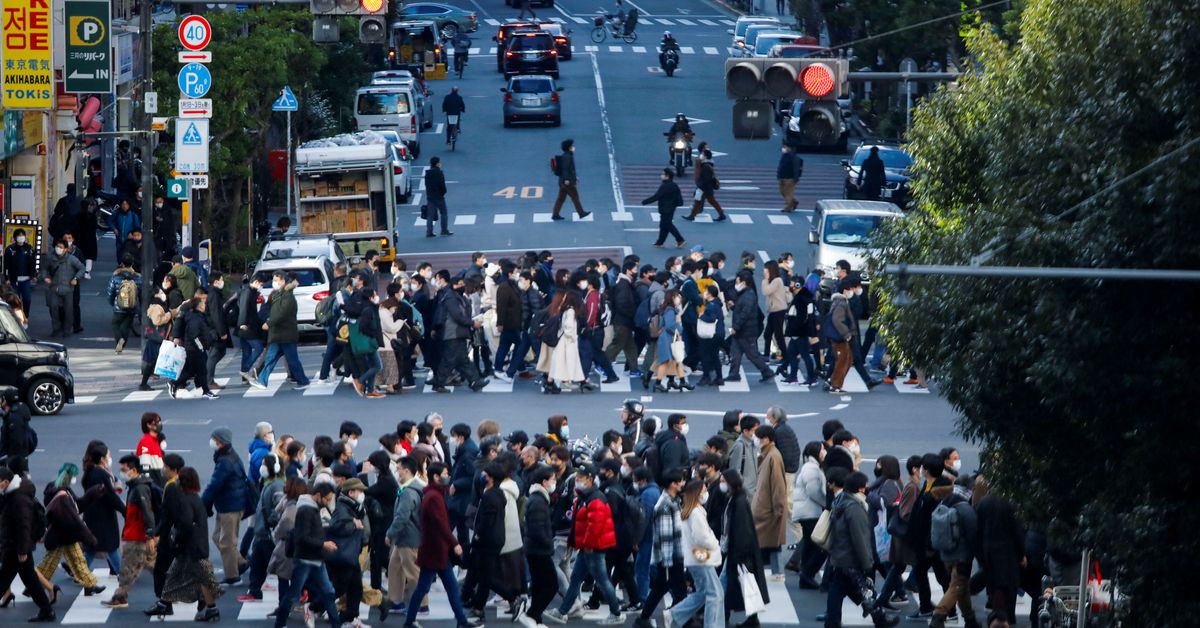 TOKYO, Jan 19 (Reuters) – Japan was poised on Wednesday to widen COVID-19 curbs to the capital, Tokyo, and a dozen regions covering half the population as the Omicron variant of coronavirus drives record new infections.

Already in effect in three regions, the measures, set to run from Friday until Feb. 13, are expected to be approved by the prime minister after getting the sign-off from an expert panel.

The quasi-emergency measures, as they are called, permit governors to limit mobility and business activities, by shortening the operating hours of bars and restaurants, and barring sales of alcohol.

“While the measures won’t be as effective as when numbers were smaller, I think they still can mitigate things,” said Gautam Deshpande, a doctor at St. Luke’s International Hospital in Tokyo.

“The horse is only half out of the barn at the moment.”

New cases hit a record of 5,396 in the western prefecture of Osaka, while the Kyodo news agency said Tokyo’s daily infections will reach a record of 7,000 on Wednesday.

Although Omicron is more infectious than previous variants it appears to cause less serious illness, but public health experts still worry that a wave of such cases could overwhelm the healthcare system.

Japan has declared states of emergency four times during the pandemic, and vaccinated about 80% of its population of 126 million, although its booster dose programme has reached just 1.2%.

Authorities have “dragged their feet with boosters,” Deshpande added.

Japan rolled out quasi-emergency curbs this month in three regions hosting U.S. military facilities, after it appeared that base outbreaks of Omicron spilled into surrounding communities. read more

Tokyo’s occupancy rate of hospital beds for COVID-19 patients, a figure closely monitored by authorities, rose to 23.4% on Tuesday. An increase to 50% would warrant escalation to a full state of emergency, officials have said.