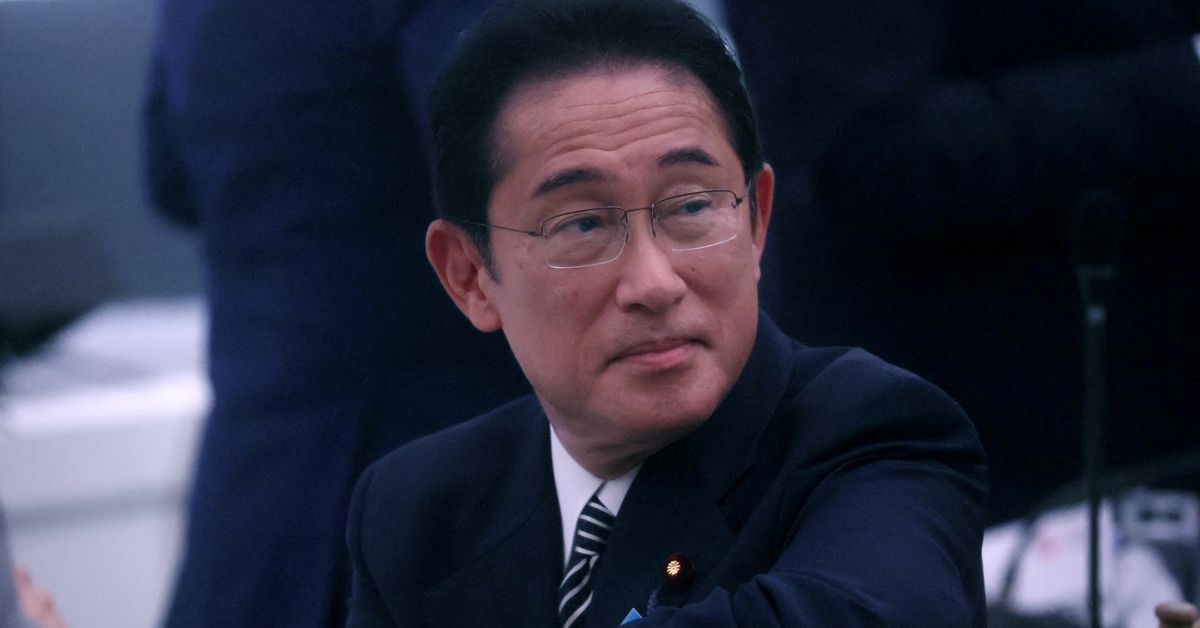 Sept 23 (Reuters) – Japanese Prime Minister Fumio Kishida said on Thursday his country will ease COVID-19 border control requirements next month, a key step in fostering a recovery in Japan’s tourism sector, which is eager to take advantage of the yen’s slide to a 24-year low.

Japan has maintained some of the strictest border measures among major economies since the pandemic’s onset, having effectively blocked entry to visitors for two years until it began a gradual reopening in June. read more

Kishida’s announcement, made during a speech at the New York Stock Exchange, follows a pledge he made in May that Japan would bring its border controls more in line with other Group of Seven nations. read more

“We are a nation that has flourished through the free flow of people, goods and capital,” Kishida said on Thursday.

“COVID-19, of course, interrupted all of these benefits, but from October 11, Japan will relax border control measures to be on par with the U.S., as well as resume visa-free travel and individual travel,” he said.

Japan’s insistence that visitors obtain visas to enter the country and then adhere to planned, package tours has been a major sticking point. Prior to the pandemic, Japan had visa waiver agreements with nearly 70 countries and regions, including the United States, the European Union, and many Asian neighbors.

Business lobbies and travel companies have urged Japan to relax its border controls more swiftly, saying they were out of step with major trading partners and could cause the nation to fall behind economically.

“We will see a significant impact on the economy,” Shinichi Inoue, president of All Nippon Airways, the core unit of ANA Holdings (9202.T), told reporters on Friday, adding that the yen’s sharp decline against the dollar is a “huge attraction” to foreigners.

Japan’s currency weakened past the psychologically important level of 145 yen to the dollar on Thursday, making foreign travel and purchases in the country the cheapest in decades.

From Oct. 11, Japan will restore individual tourism and visa-waiver travel to people from certain countries as long as they are vaccinated.

At the same time, it will also scrap a daily cap on arrivals, currently set at 50,000, and may revise regulations on hotels, allowing them to refuse guests who don’t abide by infection controls, such as mask wearing, during an outbreak, domestic media reported. read more

Japan officially let in tourists in June for the first time in two years, but only about 8,000 arrived through July, compared with more than 80,000 visitors a day before the pandemic.