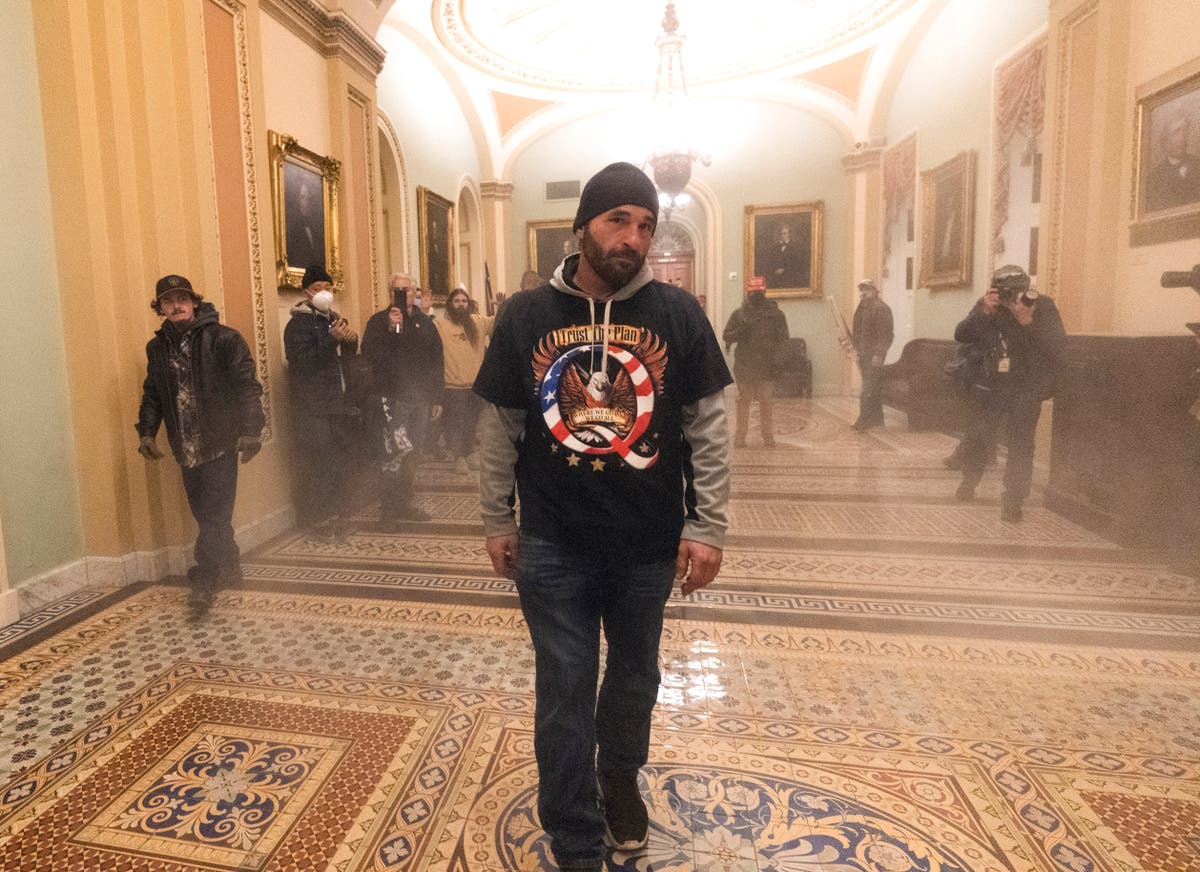 Doug Jensen, a January 6 rioter who stormed the US Capitol wearing a QAnon t-shirt and chased after the lauded Capitol police office Eugene Goodman, was found guilty on Friday of all seven counts he was facing.

The Iowa man was one of the first rioters to enter the Capitol building, according to the government.

“Doug Jensen would not be stopped on January 6 until he got what he came for: to stop the peaceful transfer of power,” federal prosecutors said during their closing arguments.

The most serious charge, obstructing an official proceeding, carries a maximum sentence of 20 years.

A penalty hearing is planned for 16 December.

Jensen’s lawyers argued during the trial that he wasn’t armed, didn’t appear to coordinate with other rioters, and shouldn’t be punished for the larget effects of January 6.

“Jan. 6 is not sitting at that table; Doug Jensen is,” his lawyer Christopher Michael Davis said in his closing statement.

Police in the Capitol during the January 6 riot painted a differnt picture of Jensen.

US Capitol police Inspector Thomas Lloyd testified that the Iowa man was “arrogant” and “cocky” and the “leader of the mob at that point” by the time they encountered each other.

“He knew he had a lot more muscle behind him than I did,” Mr Lloyd said.

The former US Capitol police officer is credited with risking his own life to divert a group of angry rioters away from the nearby Senate chamber.

He was honoured last year for his heroism with a Congressional Gold Medal, and he escorted vice-president Kamala Harris to the presidential inauguration.

“It looked like something out of medieval times, where you see one big force fighting another force,” he said in June.

So far, federal officials have charged more than 850 people from 48 states with crimes related to the January 6 insurrection, according to USA Today.