Italian centre-left alliance boosted as another group signs up 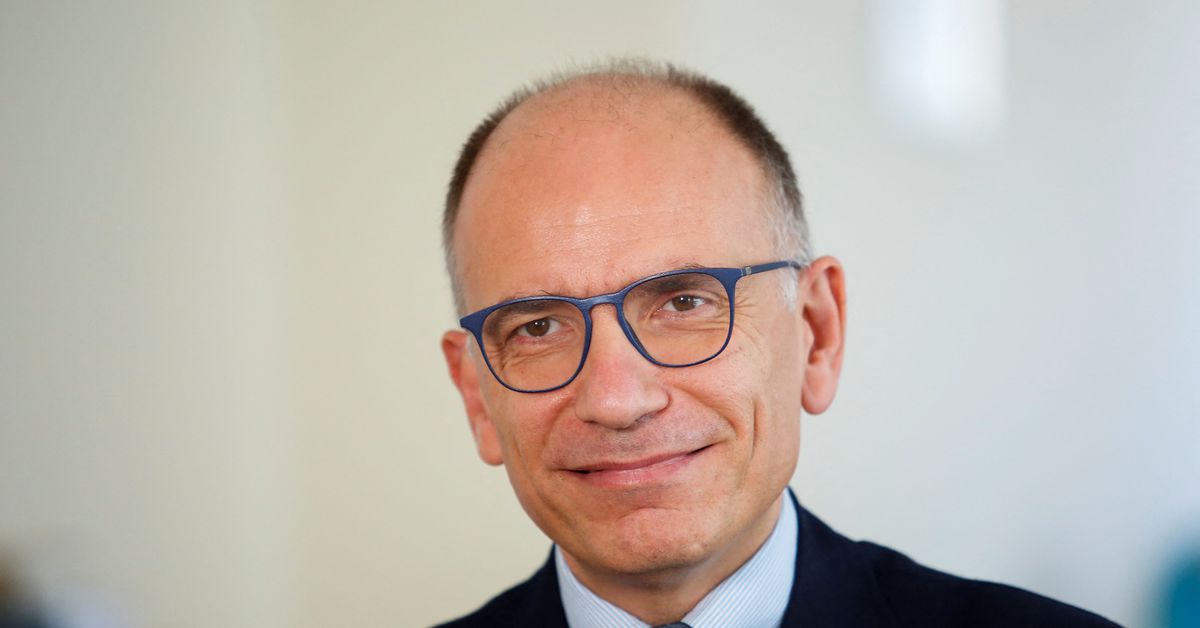 Enrico Letta, the head of the centre-left Democratic Party (PD), smiles during an interview with Reuters about the forthcoming national election that was called after the surprise collapse of Mario Draghi’s unity government, in Rome, Italy, July 25, 2022. REUTERS/Remo Casilli

ROME, Aug 6 (Reuters) – The Italian Green leftist federation on Saturday agreed to join an electoral alliance led by the Democratic Party (PD), in a move seen as strengthening the centre-left ahead of an election next month.

The ballot is set for Sept. 25 and polls show a conservative alliance is on course for victory, with the far-right Brothers of Italy set to be the largest single party. Italy’s election law favours parties that form broad alliances.

“I’m happy to be able to present this deal which is necessary … because the electoral law punishes isolation,” PD Secretary Enrico Letta told a press conference.

“The right did not lose a minute before striking an alliance … unlike them we’ve wanted to discuss matters first.”

The PD, the largest party on the centre-left with around 24% of the votes, had already agreed to team up with the centrist Azione party. read more

Azione and its existing +Europa ally poll only around 5-7% in surveys, while the Green/Left list stands at around 4%.

The conservative alliance led by Giorgia Meloni’s Brothers of Italy includes the rightist League and the more moderate Forza Italia party of former prime minister Silvio Berlusconi. It is currently polling at around 45%.

The leftist federation had initially condemned the PD pact with Azione, saying it disregarded the social and environmental issues at the heart of the green platform.

Sinistra Italiana, which forms the federation along with the small Europa Verde party, also criticised the two parties for praising the government of outgoing Prime Minister Mario Draghi.

Letta on Saturday sought to bridge differences saying “environmental and social sustainability” issues would be at the core of the campaign.

He ruled out further widening the alliance saying it had already been difficult to build it in its current shape.

“I hope that for the next 50 days the sense of responsibility will prevail over everything else,” Letta said.

“We have the responsibility of preventing Italy from ending up with the first right-right government in its history.”