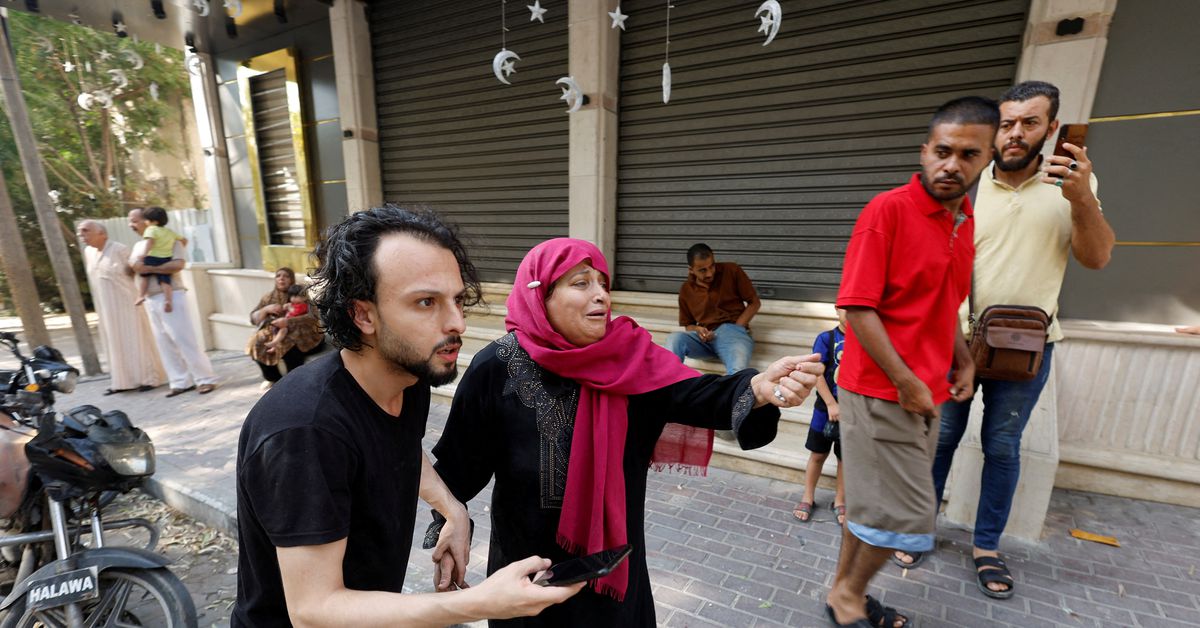 GAZA, Aug 5 (Reuters) – Israeli forces bombed targets they said were linked to the Palestinian Islamic Jihad movement in Gaza on Friday, killing a commander and prompting vows of retaliation from the militant group, which said it could hit Tel Aviv in response.

Local health officials said at least seven people, including a five-year old child, had been killed and 40 wounded in the strikes, which came after days of escalating tensions following the arrest of a Palestinian militant leader during the week.

“The IDF is currently striking in the Gaza Strip. A special situation has been declared on the Israeli home front,” the military said in a statement.

A Palestinian Islamic Jihad official said Tayseer al-Jaabari, a senior commander in the movement, had been killed in the strikes, which hit several targets around the densely populated strip.

The strikes came after Israel arrested Bassam al-Saadi, a senior leader of the Palestinian Islamic Jihad group, during a raid in the occupied West Bank city of Jenin earlier this week.

It subsequently closed off all Gaza crossings and some nearby roads over fears of retaliatory attacks from the group, which has a stronghold in Gaza.

“There are no red lines in this battle and Tel Aviv will fall under the rockets of resistance, as well as all Israeli cities,” he said.

Gaza, a narrow strip of land where some 2.3 million people live on a patch of 365 square kilometres (140 square miles), has been a constant point of conflict ever since Hamas took control of the area in 2007.

Israel has fought five conflicts with Gaza since 2009, the most recent an 11-day war in May 2021, when Hamas fired thousands of rockets into Israel and Israel pounded the strip with airstrikes.