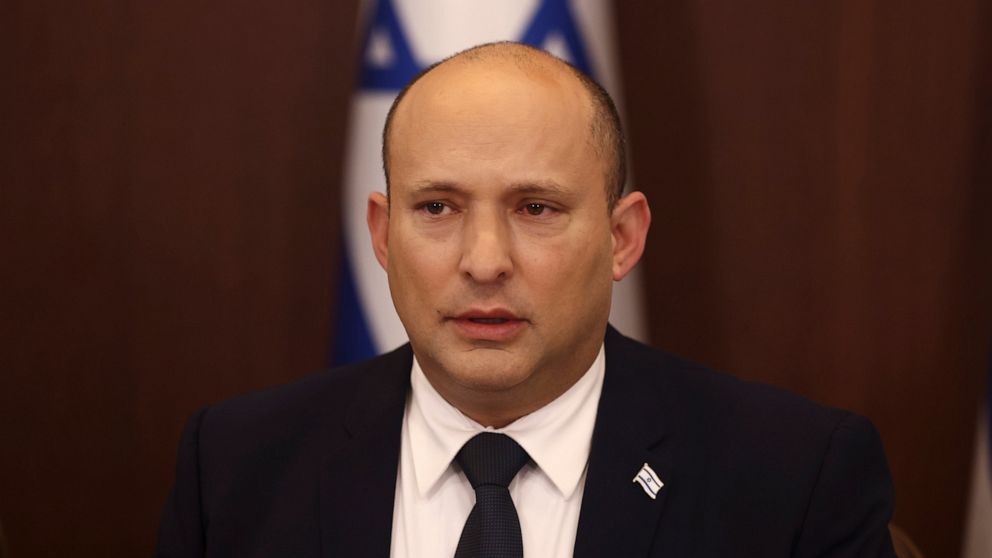 Israel’s parliament has passed a national budget for the first time in three years, avoiding a November deadline that would have brought down the new government and triggered another election

JERUSALEM — Israel’s parliament passed a national budget for the first time in three years early on Thursday, avoiding a November deadline that would have brought down the new government and triggered another election.

The marathon overnight voting on budget bills in the Knesset, Israel’s parliament, was a major hurdle for the new government headed by Prime Minister Naftali Bennett, whose fractious coalition holds a narrow majority.

Failure to pass the budget by Nov. 14 would have brought down the government that was sworn into office in June and triggered a fifth election in barely three years, giving former Prime Minister Benjamin Netanyahu an opportunity to return to power.

Bennett celebrated on Twitter, writing that “after years of chaos — we formed a government, we overcame the delta variant, and now, thank God, we passed a budget for Israel.”

The Knesset began voting on a series of budget bills, including hundreds of amendments, late on Wednesday. The assembly opened with Bennett and Netanyahu delivering speeches attacking one another.

Netanyahu’s allies repeatedly heckled and interrupted Bennett. Unruly scenes continued. At one point, a lawmaker from Netanyahu’s Likud party was escorted out after calling the parliament speaker a “floor rag,” and an ultra-Orthodox lawmaker was removed after meowing like a cat.

As the opposition sought to drag the vote out into the early hours of the morning, coalition whip Idit Silman distributed candy to keep lawmakers alert.

Early Thursday morning, the Knesset voted 61-59 in favor of a 2021 budget bill, the first approved by parliament since 2018. Later in the day lawmakers will reconvene to vote on a budget for 2022.

On the opposite side of the aisle, Israel Katz, Israel’s former finance minister under Netanyahu, blasted the “terrible budget of cutbacks and taxes” in an Army Radio interview.

The ruling coalition headed by Bennett includes eight parties from across the political spectrum and has a razor-thin margin of 61 seats in the 120-member assembly.

Eitan Ginzburg, a coalition lawmaker, told Army Radio that by passing the 2021 budget, “we avoided fifth elections, stabilized the political system and the economy as well.”

Israel entered a prolonged political crisis after elections in April 2019, when a right-wing party that had been allied with Netanyahu refused to sit in a government with him. The next two years saw three successive deadlocked elections. A short-lived national unity government formed to combat the coronavirus pandemic collapsed last year after failing to pass a budget, triggering a fourth election.

After elections last March, an array of parties from across the political spectrum, many led by former allies-turned-rivals of Netanyahu, succeeded in forming a ruling coalition and ended his record 12 years in power.

The alliance includes ultranationalists, centrists and dovish left-wing parties, and even a small Islamist party that made history by becoming the first Arab party to sit in an Israeli government. But the coalition only holds 61 seats, and agrees on little beyond their opposition to Netanyahu and desire to avoid another round of elections.

Meanwhile, Netanyahu is on trial for fraud, breach of trust, and accepting bribes in three cases while serving as prime minister. Israeli law did not require him to resign from office while under indictment, and he refused to step down. He used his platform as prime minister to level scathing attacks on his political opponents, the media and law enforcement.

After the new government was sworn in, Netanyahu vowed in June to “topple this dangerous government and return to lead the country.” Now that the budget has passed, that task is more difficult. For now, he remains in control of his own party and leader of the opposition.

Katz, a prominent member of Netanyahu’s party, said Thursday that “I am convinced that when Netanyahu resigns on his own accord… I will be elected head of the Likud party,” but said he was focusing on ousting Bennett from office, not Netanyahu.