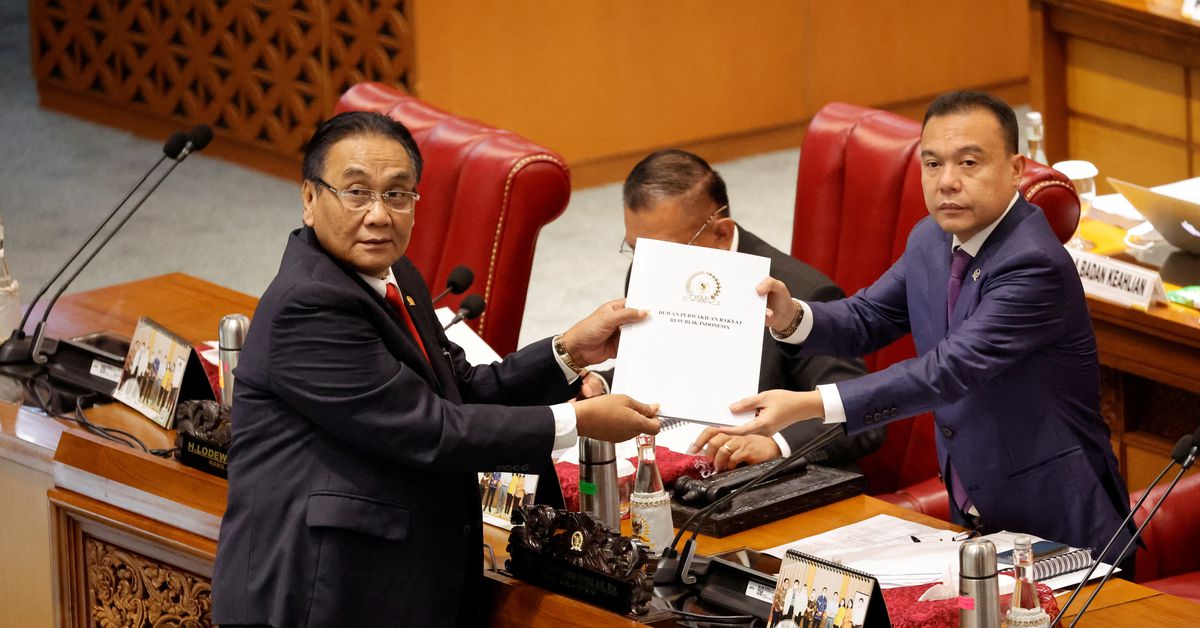 JAKARTA, Dec 6 (Reuters) – Indonesia’s parliament on Tuesday approved a criminal code that bans sex outside marriage with a punishment of up to one year in jail, part of a raft of legal changes that critics say undermine civil liberties in the world’s third-largest democracy.

The controversial new laws, which apply to Indonesians and foreigners alike, also include a ban on insulting the president or state institutions and expressing views counter to state ideology.

Legislators hailed the passage of the criminal code that the Southeast Asian nation has been discussing revising since declaring independence from the Dutch.

“The old code belongs to Dutch heritage… and is no longer relevant now,” Bambang Wuryanto, head of the parliamentary commission in charge of revising the code told lawmakers.

The approval comes even as business groups warned it could harm Indonesia’s image as a tourism and investment destination.

Indonesia, the world’s largest Muslim-majority nation, has seen a rise in religious conservatism in recent years with legal experts suggesting the new laws around morality, and a separate article on customary law will reinforce discriminatory and sharia-inspired bylaws at the local level.

Opponents of the bill have highlighted articles they say are socially regressive, will curb free speech and represent a “huge setback” in ensuring the retention of democratic freedoms after the fall of authoritarian leader Suharto in 1998.