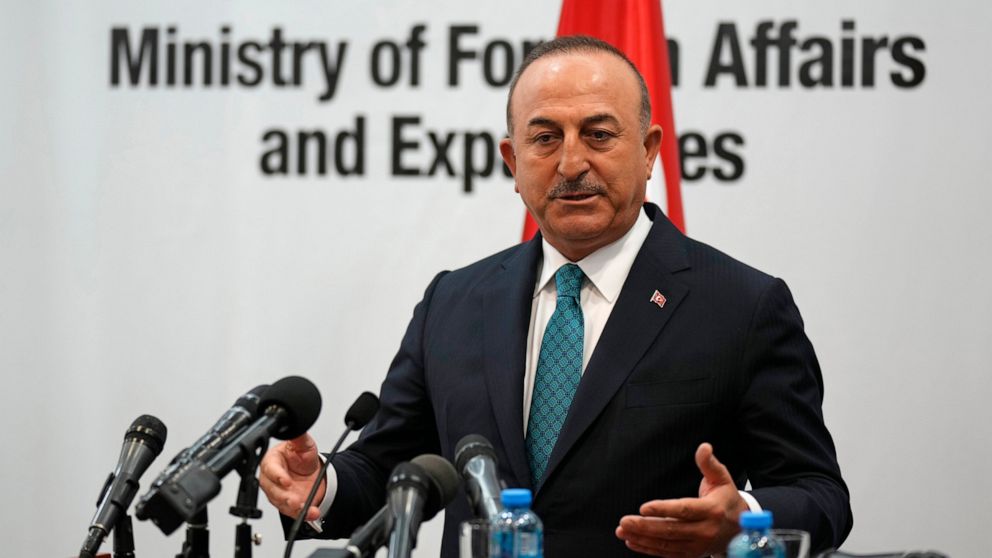 JERUSALEM — Turkey’s foreign minister said Tuesday that improved ties with Israel will not come at the expense of its commitment to supporting the Palestinians and the two-state solution to the conflict.

Mevlut Cavusoglu spoke in the Palestinian administrative headquarters in Ramallah in the occupied West Bank during a joint press conference with his Palestinian counterpart, Riad Malki.

Cavusoglu’s meeting with Palestinian officials comes a day before he makes a landmark visit to Israel. It would be the first visit to the region by a senior Turkish official in 15 years.

“We are leading the normalization process in coordination with Palestinian authorities,” Cavusoglu said. “Our support for the Palestinian cause is completely independent of the course of our relations with Israel.”

Cavusoglu said that dialogue with Israel would “make an important contribution to the reduction of tensions, as it did during Ramadan, and … will also contribute to making the Palestinian cause or the voice of the Palestinians to be heard stronger.”

The foreign minister’s visit to Israel is another sign of efforts by the two former allies to improve long strained relations. Earlier this year, Israeli President Isaac Herzog met with Turkish President Recep Tayyip Erdogan in Ankara, the first official visit by an Israeli leader in 14 years.

Turkey and Israel once were close allies but relations grew strained under Erdogan, who is an outspoken critic of Israel’s policies toward the Palestinians. Israel also has been angered by Erdogan’s embrace of Hamas, the militant group that controls the Gaza Strip. Israel considers Hamas a terrorist group.

The countries withdrew their respective ambassadors in 2010 after Israeli forces stormed a Gaza-bound flotilla carrying humanitarian aid for Palestinians that broke an Israeli blockade. The incident resulted in the deaths of nine Turkish activists.

Relations broke down again in 2018 when Turkey, angered by the U.S. moving its embassy in Israel to Jerusalem, once more recalled its ambassador, prompting Israel to respond in kind. The two countries have not reappointed their ambassadors.

On Wednesday, Cavusoglu will meet with Israeli Foreign Minister Yair Lapid, visit Israel’s main Holocaust memorial and pay a private visit to Jerusalem’s flashpoint holy site, known to Muslims as the Al-Aqsa Mosque compound and to Jews as the Temple Mount.