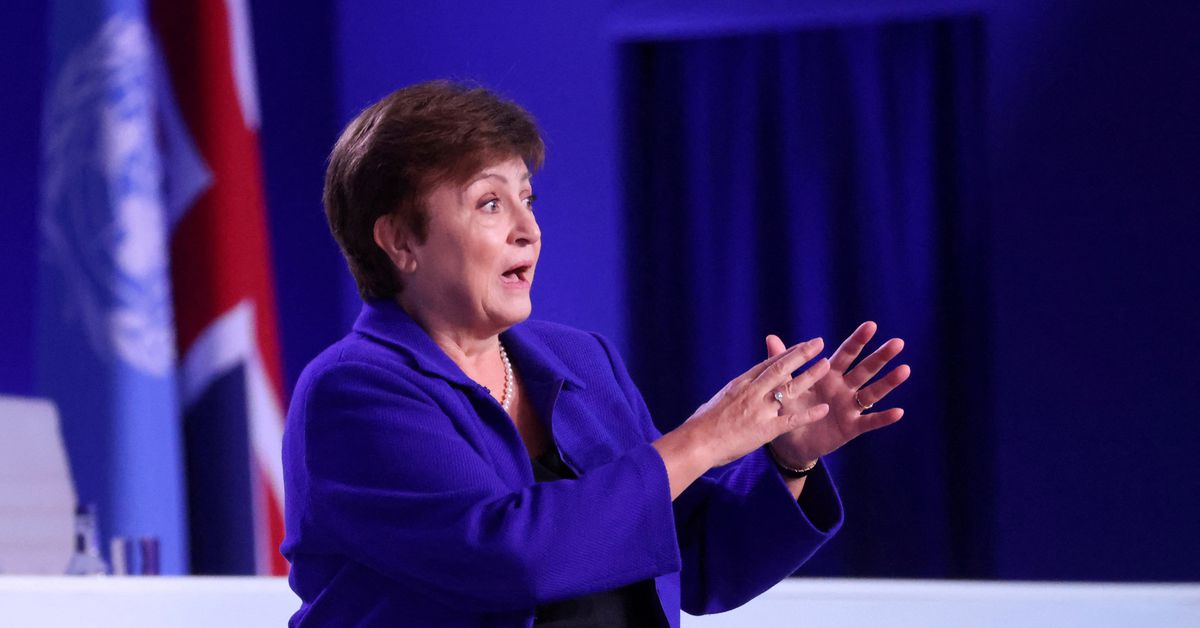 DAVOS, Switzerland, May 25 (Reuters) – International Monetary Fund Managing Director Kristalina Georgieva on Wednesday said she worries less about the risk that the war in Ukraine and a further slowdown in China might trigger a global recession than she does about the strength of the trend toward economic and political fragmentation.

The IMF last month slashed its global growth outlook for 2022 to 3.6% from 4.4%, the second downgrade this year, and she repeated her warning that events since then may prompt additional cuts to the forecast. That, however, is not what weighs most on her mind at present, Georgieva said during a panel discussion at the World Economic Forum here.

“What worries us more is not the fact that we had these downgrades, because from 3.6% to get into negative territory for the world economy, there is a long way to go,” she said.

“What worries us more,” she continued, “is the risk that we are going to walk into a world with more fragmentation, with trade blocs and currency blocs, separating what was up to now still an integrated world economy.”

Georgieva’s remarks echoed a prominent concern overhanging this week’s delayed reboot of the annual gathering of global business and government leaders in the Swiss Alps: That events like Russia’s invasion of Ukraine is indicative that the era of globalization that had prevailed for the past three decades is on its last legs.

“The trend of fragmentation is strong,” Georgieva said during a session titled “An Economic Iron Curtain: Scenarios and Their Implications.”

“I was raised on the other side of the Iron Curtain. I hated it. And I can tell you it scares me that we maybe we’re sleepwalking after the hot war into another cold war.”