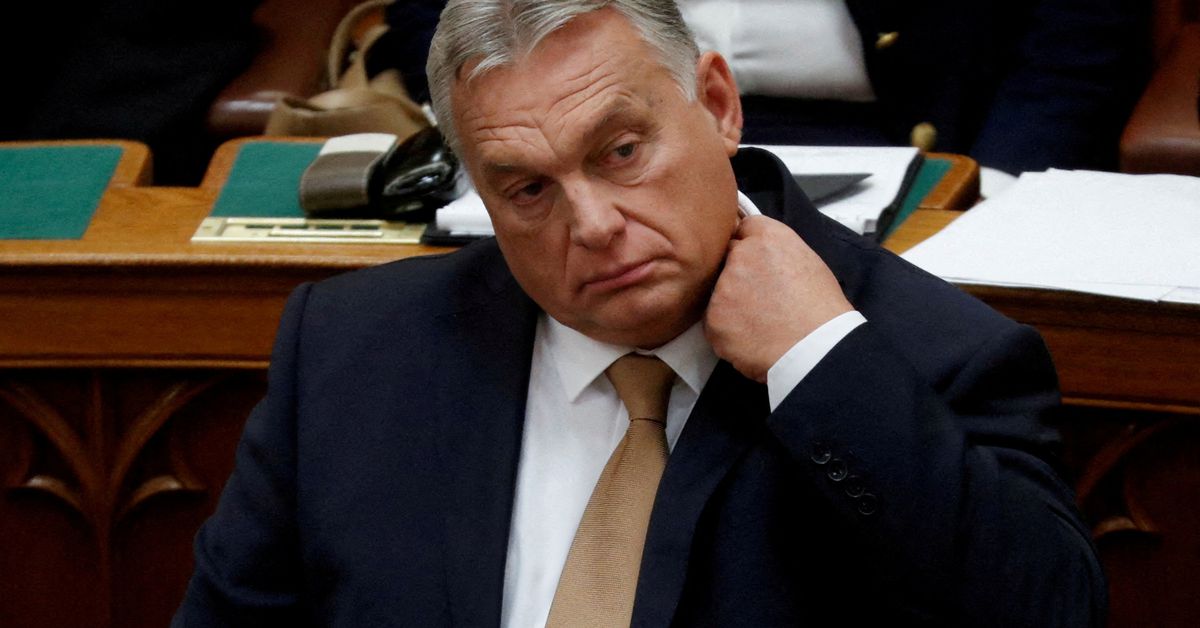 BUDAPEST, Nov 24 (Reuters) – Hungary will provide 187 million euros ($195 million) in financial aid to Ukraine as its contribution to a planned EU support package worth up to 18 billion euros in 2023, according to a government decree published late on Wednesday.

Prime Minister Viktor Orban’s government has said that it was willing to pay its share of support for Ukraine but would rather pay it bilaterally than through the EU’s joint borrowing.

“The government continues to be committed to take part in financial support to war-gripped Ukraine,” the government said in the decree.

“So it calls on the finance minister to make sure to provide the 187 million euros that would be Hungary’s share in the 18 billion euros EU loan to be granted to Ukraine.”

The decree, signed by Orban, also says that Hungarian Foreign Minister Peter Szijjarto should start talks with Ukraine to work out an agreement needed for the financial assistance.

To secure the funds for the loans, which Ukraine will have to repay within 35 years, the European Commission would borrow on the capital markets.

However, proposals for the package will need to be approved by the European Parliament and the EU’s 27 member states, and Hungary said it would not take part in joint borrowing.

Reporting by Krisztina Than
Editing by Raissa Kasolowsky