How toxic manager complaints turned to mass murder: What happened at Chesapeake Walmart? 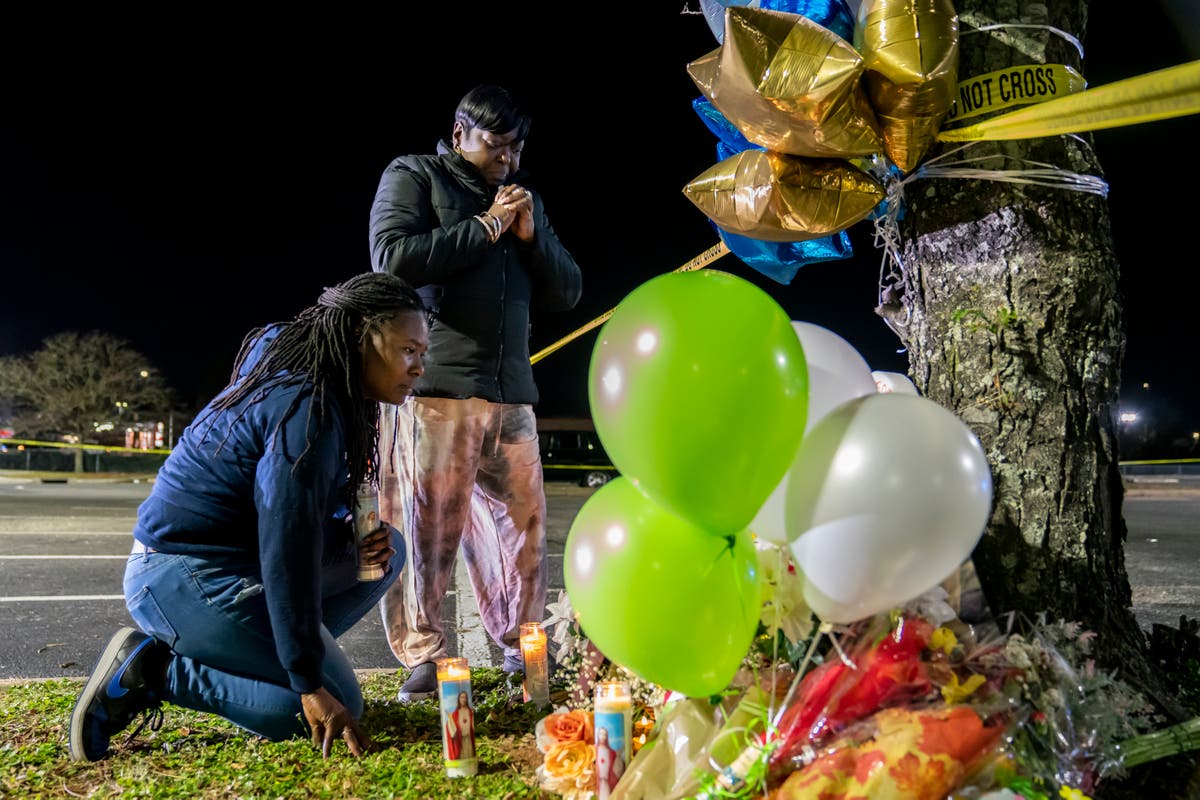 Some said he was a loner. Others said he could be gruff and unresponsive.

Police said that on Andre Bing’s cellphone, they discovered a “manifesto” of sorts, in which he complained about unspecified changes to his employment status, and what he termed other staff’s harassment of him about it. One report said that close to his body, police found a list of employees he planned to attack.

As America marked Thanksgiving Day, police in Chesapeake, Virginia, were searching for clues to the mass shooting as a Walmart store, an incident whose horror has reverberated across the nation, another jolting mass shooting taking place in the most mundane of settings.

In Nantucket, Massachusetts, a holidaying Joe Biden was asked about the incident and he vowed he would take action to control the sale of semi-automatic weapons.

“The idea that we’re not enforcing red flag laws … is ridiculous,” he said. “The idea we still allow semi-automatic weapons to be purchased is sick. Just sick. It has no, no social redeeming value. Zero. None. Not a single solitary rationale for it except profit for the gun manufacturers.”

The Walmart incident – actually carried out with a handgun – was the second in a little more than a week that Virginia had experienced. Three University of Virginia football players were fatally shot on a bus as they returned to campus from a field trip on November 13.

Meanwhile, the shooting came days after a person opened fire at a gay nightclub in Colorado Springs, killing five people and wounding 17.

After Tuesday night’s killing in a staff area, tributes were paid to the victims – six people who died, along with several others who were injured, some seriously. Bing also took his own life.

There had been about 50 people in the grocery store at the time, police said.

As authorities in Chesapeake, and in the state of Virginia, paid tribute to the shooter’s victims, police were still trying to piece together the full details of had happened – and what had led the 31-year-old Bing to open fire on his colleagues, and anyone in the vicinity of the staff room.

Briana Tyler, 28, was among the employees in the staff room who described standing aghast after spotting Bing in the doorway with his gun.

She said he did not speak or point the gun at anyone in particular. “He just had a blank stare on his face, and he just literally just looked around the room and just shot and there were people just dropping to the floor.”

She added: “The two visions I can’t get out of my head are the vision of him shooting the gun and the smoke leaving. I’m watching the smoke leave the barrel of the gun and my friend bleeding out from her neck.”

Jessie Wilczewski, a Walmart employee at just her fifth day on the job, was in a break room with about 14 other employees and their manager learning about their duties for the day when the gunman started shooting “from left to right,” she told local news station WAVY-TV

She said she hid under a table. Afterwards, she said the gunman looked her in the eye and told her: “Jessie, go home.”

“It didn’t even look real until you could feel when the gun goes off — pow pow pow — you can feel it,” Wilczewski said. “I couldn’t hear it at first because I guess it was so loud, I could feel it.”

Different members of staff said Bing was someone who could act strangely.

One former employee who worked under him but left the store six months ago, said: “I never saw this coming, not from a million miles away. He was always a little eccentric, a little hyper, but pretty much easygoing, carefree. Sometimes he could be a little hard to get along with, some associates didn’t like him. But I don’t think they bullied him.”

The man told WAVY-TV he did not think Bing suffered from any specific kind of anger problems. However, there may have been some issues.

“I mean, from what I saw, he was a good guy, but I’ve heard that he had issues, and they tried to talk him through his issues,” he said.

“I’ve seen him just in passing, he drives a little green Ford Focus,” Vera McDuffy, who has lived next to Bing for two years told the channel. She said she heard police yell “Search warrant! Search warrant!” as they broke down his door after Tuesday’s incident.

Reports said police had not found additional weapons or stockpiles of ammunition. Police said that Bing, who had been employed by WalMart since 2010 and always worked as overnight manager, had one handgun and several magazines of ammunition. He was not wearing military clothing or tactical vests, police said.

A number of staff described Bing as someone who could act somewhat eccentrically, though there was nothing to lead anyone to anticipate what played out on Tuesday.

Shaundrayia Reese, 27, told NBC News she had worked at the store from 2014 to 2018, working on the overnight re-stock team with Bing.

She said he did not “do social media” and in a video she had once taken of her co-workers, Bing “kind of jumped out of the way” to avoid being filmed.

“He put tape on his phone, on the camera. Always used to tell us the government was watching,” said Reese, who lives in Chesapeake. “He was just weird.”

Police said that they responded to 911 calls at around 10.12pm on Tuesday night, after there were reports of an active shooter inside the store.

“Once inside, officers began locating and evacuating occupants inside the store. Officers located several injured and deceased individuals during their search,” the department said in a statement.

Chesapeake Police Chief Mark Solesky said they were continuing to search for clues, but that there was no clear motive for the incident, which also left four people in the hospital.

One employee who survived the rampage, Donya Prioleau, told CNN that Bing had “said a lot of disturbing things” but that nobody had expected this deadly event would unfold when they showed up for work on Tuesday.

“We don’t know what made him do this,” she said. “None of us can understand why it happened.”