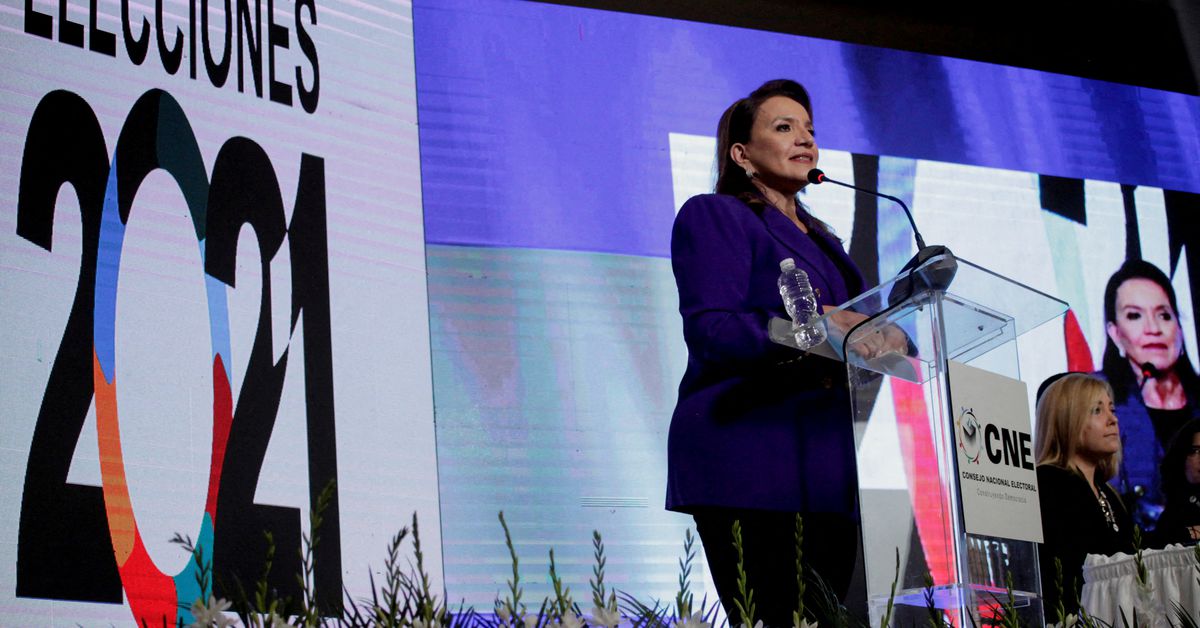 TEGUCIGALPA, Jan 21 (Reuters) – Honduran president-elect Xiomara Castro on Friday accused some of her party’s lawmakers of “betrayal” after they broke a pact with a key ally, potentially putting in jeopardy Castro’s ability to pass a sweeping agenda through Congress.

Lawmakers from Castro’s leftist Liberty and Refoundation Party (Libre) and two other parties appointed a member of their caucus as president of Congress, breaking an agreement to appoint a lawmaker from the Partido Salvador de Honduras (PSH), an ally that helped Castro claim victory.

The lawmakers said the appointment was aimed at protecting Castro’s incoming government. Castro pushed back, threatening to block the new head of Congress from being sworn in on Jan. 27, the same day she takes office.

“The betrayal was done!” Castro wrote on Twitter. “I don’t need traitors to protect me.”

Under Honduran law, lawmakers need to secure a majority plus one to appoint the directors of the chamber or have the power to reform or repeal laws. Libre and its allies won 60 out of 128 seats in the single-house Congress.

One of those allies is PSH. Castro promised PSH leadership of Congress after its candidate Salvador Nasralla stepped down from the race and pledged support to Castro, the wife of former President Manuel Zelaya, who was ousted in a coup in 2009.

Nasralla described Friday’s action as “another coup like in 2009” against Hondurans who voted for Castro with the expectation that PSH would lead Congress.

Going against the deal with PSH will likely impact Castro’s ability to prevail in Congress, analysts said.

“Undoubtedly, although the dissident deputies say they support her campaign promises, they weaken their ability to fulfill those that have to go through Congress,” said Eugenio Sosa, a professor at Honduras’ National Autonomous University.