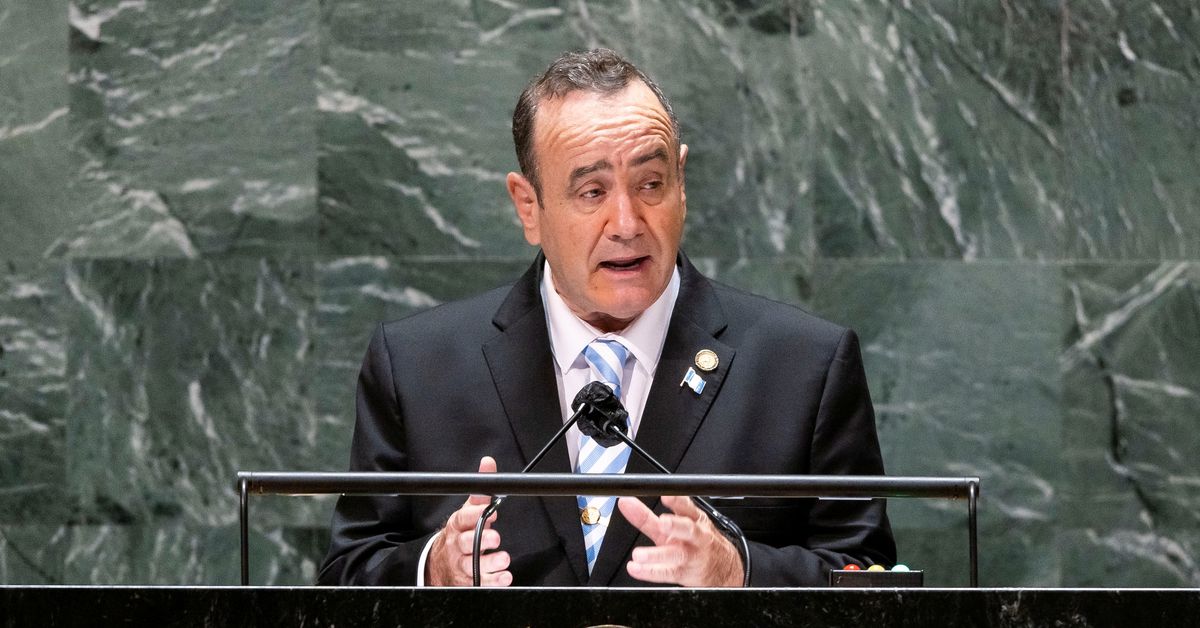 GUATEMALA CITY, Jan 14 (Reuters) – Guatemalan President Alejandro Giammattei presented an initiative to Congress on Friday to drastically increase jail terms for people smugglers, with sentences of up to 30 years for the worst offenders.

For many years Guatemala has been a key transit country for impoverished Central American migrants – including Guatemalans – who make the treacherous journey across Mexico to the United States in search of a better life.

But Guatemala’s government has sought to crack down on people-smuggling gangs after dozens of migrants died in high-profile incidents either through overcrowding in transport vehicles or at the hands of criminal groups.

Giammattei proposed raising the sentences for smugglers, known as “coyotes”, to between 10 and 30 years from the 2 to 5 years currently set out under Guatemalan law.

“I reaffirm my government’s commitment to toughen prison sentences against coyotes and traffickers ” Giammattei said in a speech to Congress, adding that the United States should also extradite people smugglers.

The proposal states that if smugglers transport minors, pregnant women or migrants are subjected to inhumane treatment, the penalties could be even higher.

The Guatemalan president called for the reform to be passed as a matter of national urgency. But the changes must first be debated and obtain the approval of at least two-thirds of the 160 members of Congress.

The bill is seen to have a good chance of passing as the ruling party could get the necessary votes through alliances and the support it has from other benches.

Guatemalan migration authorities said on Friday that they were also keeping an eye on another possible caravan of migrants that would leave Honduras at the weekend and try to cross Guatemala.