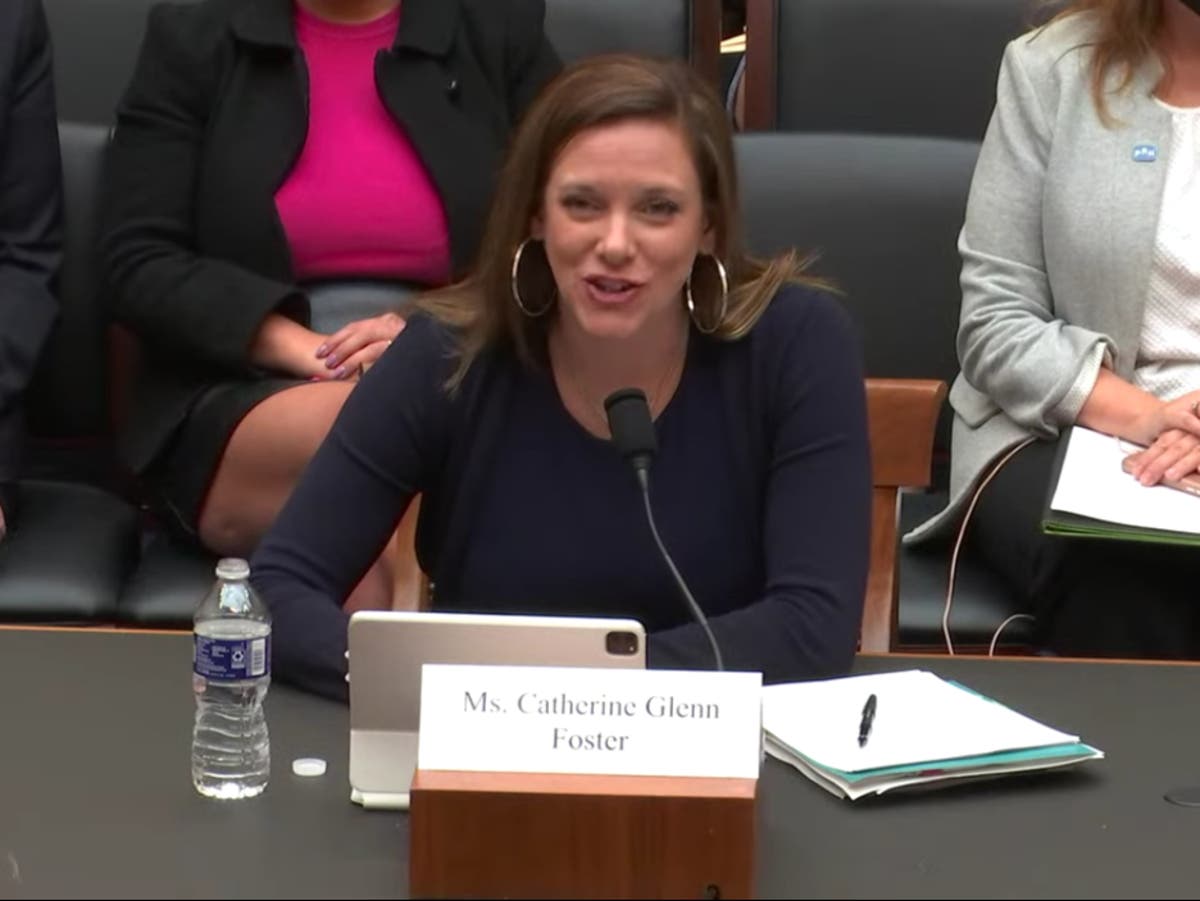 During a House Judiciary Committee hearing on abortion access on Wednesday, anti-abortion activist Catherine Glenn Foster said people should “think of the incinerators” before turning on the lights of their homes.

“Bodies [are] thrown in medical waste bins, and in places like Washington DC, burned to power the lights of the cities’ homes and streets,” Ms Foster claimed.

“Let that image sink in with you for a moment,” she continued. “The next time you turn on the light, think of the incinerators, think of what we’re doing to ourselves so callously and so numbly.”

Ms Foster is the president of Americans United for Life, a pro-life advocacy group, and a Georgetown Law graduate who was summoned by Republicans to testify under oath at the hearing where reproductive health doctors, experts and professors were in attendance.

Her advocacy group, in a statement to Newsweek, referred to a “Waste-to-Energy” programme from the US Department of Energy.

The group claimed “the remains of human persons” were included in the “organic wastes from industrial operations” and “pharmaceuticals” used to source renewable energy, said the Newsweek report that stated the outlet had reached out to the energy department for a comment.

Nearly 93 per cent of the district’s power is generated from natural gas, coal and nuclear power plants, according to the DC Policy Centre, a nonpartisan thinktank.

The remaining 7 per cent is generated from wind and other renewable sources, which do not include foetuses.

During the hearing, Dr Yashica Robinson, a board-certified Obstetrician-Gynecologist, said because of restrictions on abortions her patients faced harassment, unnecessary costs and delays as well as health implications.

Ms Foster’s remarks came as the country awaits a final decision from the Supreme Court in a case that may result in the overturning of the Roe v Wade ruling.

Dr Robinson said the leak of the Supreme Court’s draft opinion on the Roe v Wade ruling has had a “chilling effect” among patients.

The draft opinion from the conservative-majority Supreme Court signals the end of the landmark 1973 decision providing constitutional protections for abortion care.

The Women’s Health Protection Act, a bill which would have codified the right to having an abortion, failed to pass last week.

Ahead of elections, Nicaragua government takes over five opposition-held towns