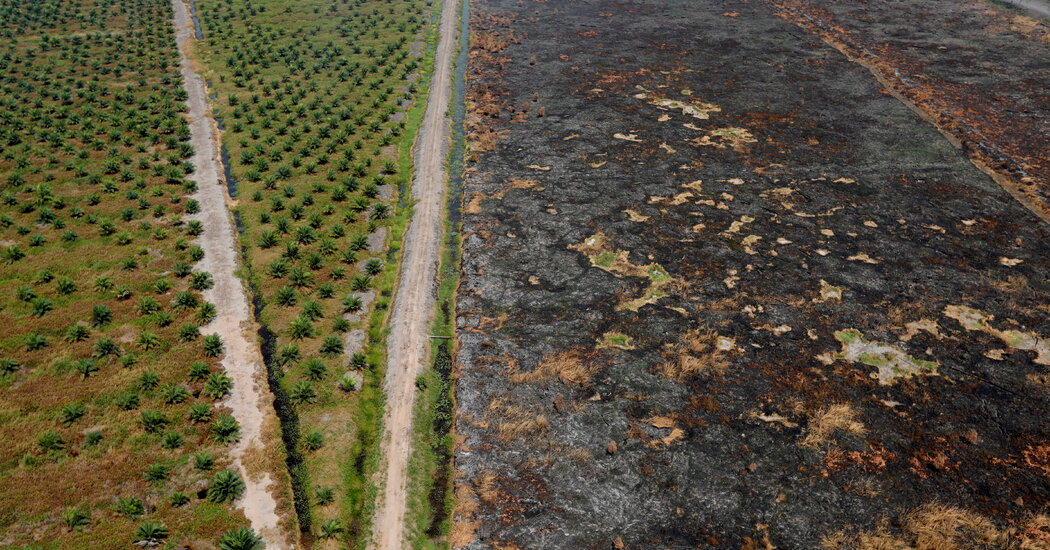 “What we’re doing here is trying to change the economics on the ground to make forests worth more alive than dead,” said Eron Bloomgarden, whose group, Emergent, helps match public and private investors with forested countries and provinces looking to receive payments for reducing deforestation.

The participating governments promised “support for smallholders, Indigenous Peoples and local communities, who depend on forests for their livelihoods and have a key role in their stewardship.”

A growing body of research shows that nature is healthier on the more than quarter of the world’s lands that Indigenous people manage or own. But they receive less than one percent of the climate funding aimed at reducing deforestation in tropical countries, according to Rainforest Foundation Norway.

Tuntiak Katan, the general coordinator of the Global Alliance of Territorial Communities and a member of the Shuar people in Amazonian Ecuador, praised the support for Indigenous and local communities but questioned throwing money at a system he sees as broken. “If this financing doesn’t work directly, and shoulder to shoulder, with Indigenous peoples, it’s not going to have the necessary impact,” he said.

The value of healthy forests goes far beyond their ability to store away carbon. They filter water, cool the air and even make rain, supporting agriculture elsewhere. They are also fundamental to sustaining biodiversity, which is suffering its own crisis as extinction rates climb. This year, though, scientists found that parts of the Amazon have begun emitting more carbon than they absorb, as drier conditions and increased deforestation led to more fires and a degraded ecosystem.

China is one of the biggest signatories to the deforest declaration, but the country’s top leader, Xi Jinping, did not attend the climate negotiations in Glasgow. China suffered heavy forest losses as its population and industry grew over the past decades, though more recently, it has pledged to regrow forests and to expand sustainable tree farming.

By China’s estimate, forests now cover about 23 percent of its land mass, up from 17 percent in 1990, according to the World Bank. Though some research has questioned the scale and the quality of that expanded tree cover, the government has made expanded reforestation a pillar of its climate policies, and many areas of the country are notably greener than they were a couple of decades ago.