Germany to send Leopard tanks to Kyiv, allow others to do so -source 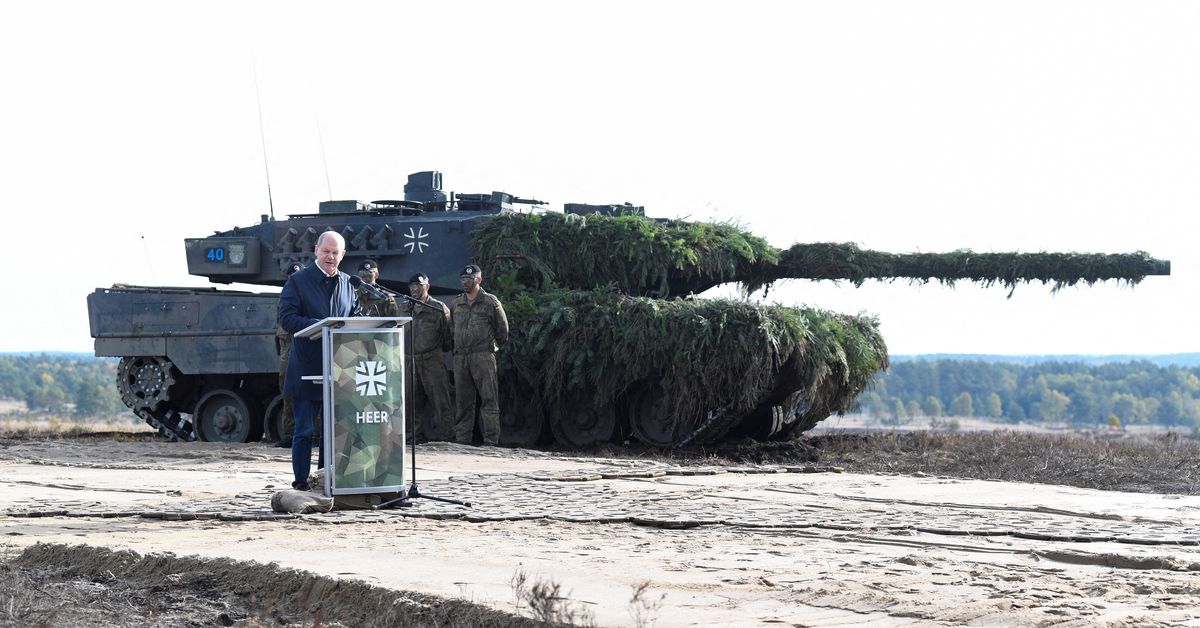 BERLIN, Jan 24 (Reuters) – German Chancellor Olaf Scholz has decided to send Leopard 2 battle tanks to Ukraine and allow other countries such as Poland to do so while the United States may supply Abrams tanks, a source familiar with the matter told Reuters.

A government spokesperson, the foreign ministry and the defence ministry declined to comment.

The decision concerns at least one company of Leopard 2 A6 tanks that will be provided out of Bundeswehr stocks, said Spiegel magazine, which first reported the news.

Other allies, in Scandinavia for example, intend to go along with Germany in supplying their Leopard tanks to Kyiv, the magazine reported.

In the longer term, more tanks could be restored to be fit for use, according to the magazine.

U.S. officials told Reuters that Washington may soon drop its opposition to sending Abrams tanks to Ukraine, in a move designed to encourage Germany to follow.

Defence “Secretary (Lloyd) Austin did have very productive conversations with his German counterpart when he was in Germany” for meetings last week, Brigadier General Patrick Ryder told a news conference.