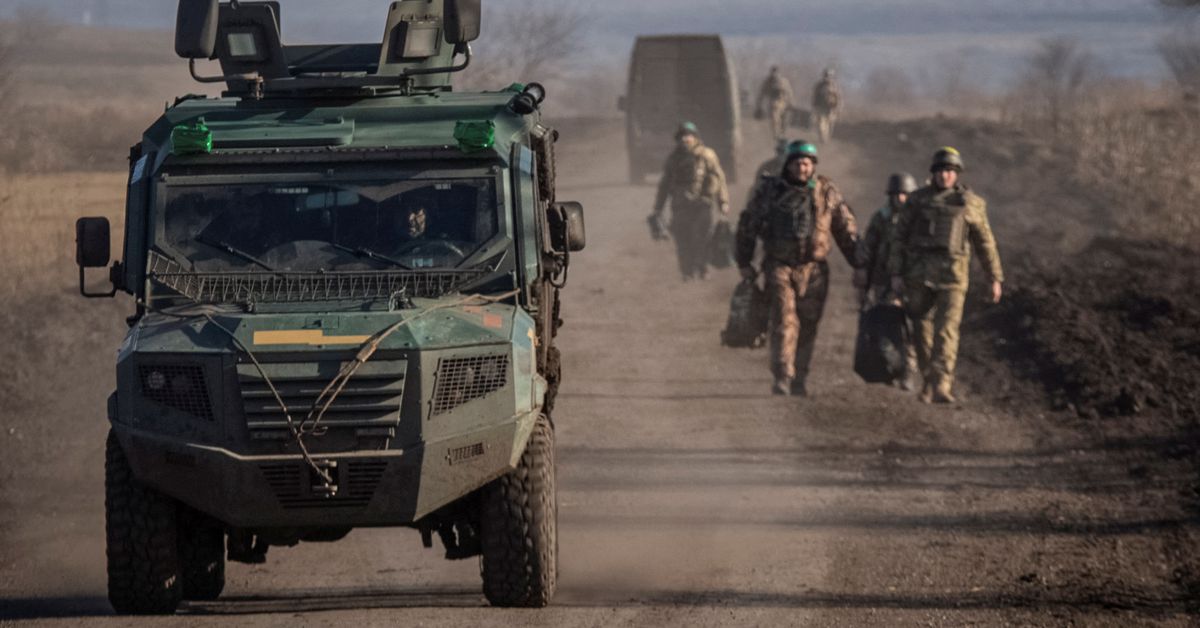 BERLIN/KYIV, Jan 24 (Reuters) – Germany will send Leopard 2 tanks to Ukraine and allow other countries such as Poland to do the same to help Kyiv fight off Russia’s invasion, while the United States may supply Abrams tanks, two sources familiar with the matter told Reuters.

While there was no official confirmation from Berlin or Washington by late on Tuesday, officials in Kyiv swiftly hailed what they said was a potential gamechanger on the battlefield in a war that is now 11 months old.

“A few hundred tanks for our tank crews – the best tank crews in the world. This is what is going to become a real punching fist of democracy against the autocracy from the bog,” Andriy Yermak, the head of Ukrainian President Volodymyr Zelenskiy’s administration, wrote on Telegram.

Kyiv has pleaded for months for Western tanks that it says it desperately needs to give its forces the firepower and mobility to break through Russian defensive lines and recapture occupied territory in the east and south.

A German government spokesperson and the foreign and the defence ministries in Berlin declined to comment.

The German decision concerns at least one company of Leopard 2 A6 tanks, said Der Spiegel magazine, which first reported the news. One company usually comprises 14 tanks.

“Today the Chancellor made a decision that no one took lightly. The fact that Germany will support Ukraine with the Leopard tank is a strong sign of solidarity,” Christian Duerr, parliamentary leader of the co-governing Free Democrats (FDP), was quoted as saying by t-online news portal.

Front lines in the war, which stretch more than 1,000 kilometres (620 miles) through eastern and southern Ukraine, have been largely frozen in place for two months despite heavy losses on both sides. Russia and Ukraine are both widely believed to be planning new offensives.

Whether on not to supply Ukraine with significant numbers of heavy modern battle tanks has dominated discussions among Kyiv’s Western allies in recent days.

Berlin has been pivotal, because the German-made Leopards, fielded by armies across Europe, are widely seen as the best option – available in large numbers and easy to deploy and maintain.

German Chancellor Olaf Scholz’s Social Democrats have been wary of moves that could spur Russia to escalate the war, and what they regard as a risk of the NATO alliance being drawn into the conflict.

Russian President Vladimir Putin casts the “special military operation” that began when his troops invaded Ukraine on Feb. 24 last year as a defensive and existential battle against an aggressive and arrogant West.

Ukraine and the West call Russia’s actions an unprovoked land grab to subdue a fellow former Soviet republic that Moscow regards as an artificial state.

Earlier on Tuesday, Poland upped the pressure on Scholz to make a decision, saying it had formally sent a request to the German government to allow it to send some of its Leopards. Defence procurement rules mean Berlin must approve re-exports of the NATO workhorse tank by its allies.

[1/5] Ukrainian servicemen are seen near the frontline, amid Russia’s attack on Ukraine, near Soledar in Donetsk region, Ukraine January 23, 2023. REUTERS/Oleksandr Ratushniak

And two U.S. officials told Reuters Washington may drop its opposition to sending some of its M1 Abrams tanks.

While the Abrams is considered less suitable than the Leopard for Ukraine due to its heavy fuel consumption and difficulty to maintain, such a move would appear designed to make it easier for Germany – which has called for a united front among Ukraine’s allies – to allow the supply of Leopards.

The Pentagon declined to comment on any coming announcements on the Abrams. It also declined comment on whether Germany might green light deliveries of the Leopards.

Separately on Tuesday, Ukraine dismissed more than a dozen senior officials including governors of several major battlefield provinces, part of an anti-corruption drive by Zelenskiy’s government made more critical by the need to keep its Western backers onside.

Among Ukrainian officials who resigned or were dismissed on Tuesday were the governors of the Kyiv, Sumy, Dnipropetrovsk, Kherson and Zaporizhzhia regions. Kherson, Zaporizhzhia and adjacent Dnipropetrovsk are frontline provinces now. Kyiv and Sumy were major battlefields earlier in the war.

A deputy defence minister, a deputy prosecutor, a deputy head of Zelenskiy’s office and two deputy ministers responsible for regional development were among the others who left.

Some, though not all, had been linked with corruption allegations. Ukraine has a history of graft and shaky governance, and is under international pressure to show it can be a reliable steward of billions of dollars in Western aid.

Zelenskiy aide Mykhailo Podolyak tweeted: “The president sees and hears society. And he directly responds to a key public demand – justice for all.”

The purge came two days after a deputy infrastructure minister was arrested and accused of siphoning off $400,000 from contracts to buy generators – one of the first big corruption scandals to become public since the war began 11 months ago.

The Defence Ministry said Deputy Defence Minister Vyacheslav Shapovalov, responsible for supplying troops, had resigned to retain trust after what it called untrue media accusations of corruption. It followed a newspaper report that the ministry overpaid for food for troops, which the ministry denied.

Kyrylo Tymoshenko, deputy chief of staff in Zelenskiy’s office, announced his own resignation, also citing no reason. He had helped run the president’s 2019 election campaign and more recently had a role in overseeing regional policy.

As the shake-up unfolded in a series of announcements, Prime Minister Denys Shmyhal told a cabinet meeting that Ukraine was making progress in its anti-corruption campaign. “It is systemic, consecutive work which is very needed for Ukraine and is an integral part of integration with the EU,” he said.

The European Union, which offered Ukraine the status of candidate member last June, welcomed the development.

“As a general rule we do not comment on ongoing criminal investigations but we do welcome the fact that the Ukraine authorities are taking these issues seriously,” an EU spokeswoman said.