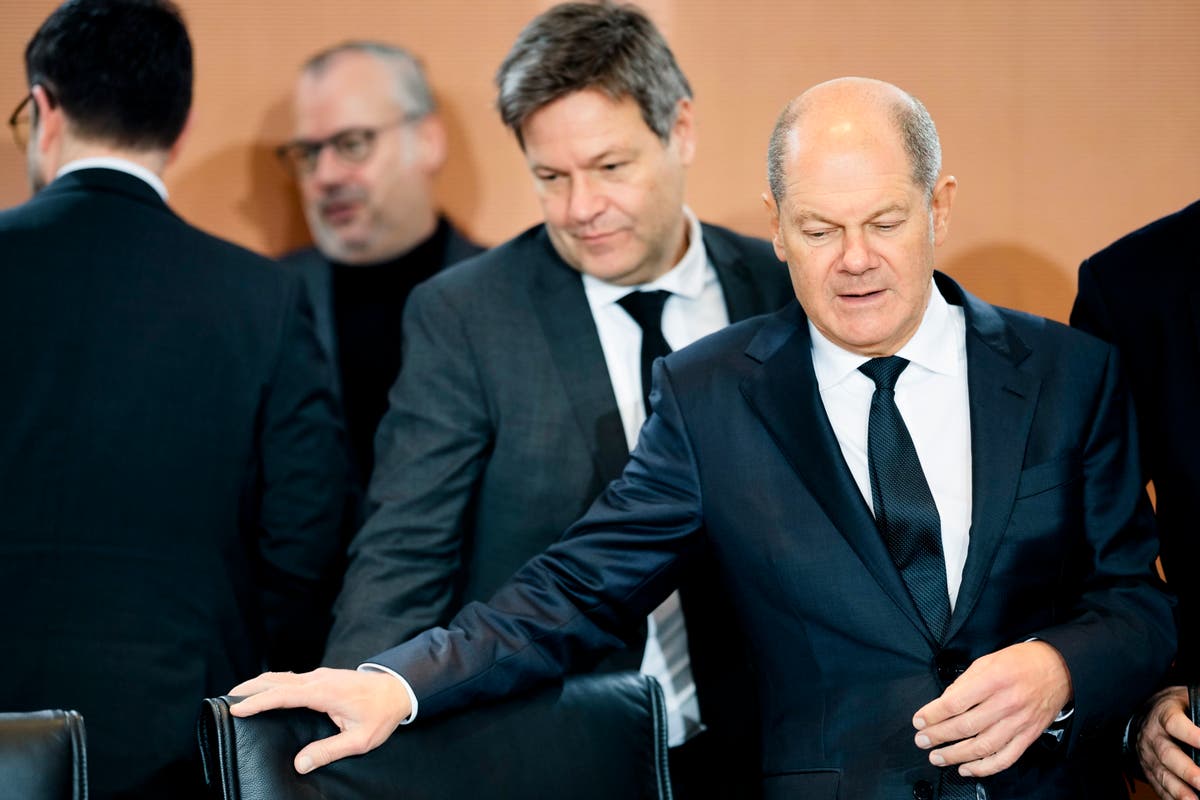 The pressure on Germany from Western allies to authorise the sending of Leopard 2 battle tanks to Ukraine has been intense in recent days – and in the end Olaf Schulz’s government have finally taken that crucial step.

Ukraine has repeatedly stressed that modern battlefield tanks are crucial for fighting off Russia’s invasion, with a major offensive by the enemy expected as winter ends.

Now Berlin says it will provide 14 tanks as a first step, while also opening the door to other nations with Leopard 2 tanks to export them to Ukraine too.

However, setting up training facilities for the tanks, and a logistical chain including servicing and maintenance, requires time, and the longer it takes, the more advantageous it becomes for the Kremlin.

Major General Tim Cross, a former British army commander and logistics specialist, commented: “One can to an extent understand German reservations about the Leopards. The sight of German tanks rolling east across Ukraine would bring back some bad historic memories.

“But the Ukrainians will be getting tanks and tanks will play an important part in this conflict. In the UK there was a lot of talk during the IR [Integrated Review into defence and security] of moving away from ‘sunset’ weaponry like armour [such as tanks] to ‘sunrise’ ones like cyber, AI and drones, what’s happening now in Ukraine shows that’s not the case.”

The tanks are very much welcomed but they illustrate the multiplicity of countries arming Mr Zelensky’s administration – The US, UK, France, Germany, Italy, Spain, Poland, Czech Republic, Sweden, Denmark, Norway and the Baltic states to name but a few.

Ukraine is integrating the weapons into its military system in an impressive way, and they will have to do more of that in organising combined arms operations involving artillery, air power and infantry with the arrival of advanced heavy armour.

General Sir Peter Wall, the former head of the British Army, pointed out: “Western tanks are more sophisticated than Russian tanks and that would certainly give the Ukrainians an advantage. But they are probably also more difficult to maintain than Russian ones. They are also a lot heavier and this something which would be relevant in crossing rivers, very much part of the terrain in eastern and southern Ukraine.

“Tanks require highly trained crews – it’s a skillset that takes a lot of investment and time to develop. A lot of the Ukrainian forces have of course joined since the invasion and they will have to learn fast when it comes to armour; but they are highly motivated so this should not an insurmountable issue. With the Challenger 2s there will have to be a resilient logistic chain for parts and ammunition, including repair facilities, as well training of crews. With all that in mind I’d expect them to be operational in about three months time, with a following wind.

“We also need to remember that the full effect the Ukrainians are seeking will only come about if significant contributions of Leopard 2 tanks are forthcoming from other European nations as well”.

The Russians do not have to wait for other countries as they prepare for tank battles ahead. The recent appointment of the head of the military, General Valery Gerasimov, as the head of the Ukraine mission shows the enormity of what the Kremlin is facing, but it is also the case that his career has been in the armoured corps.

Russia’s armoured units, along with its air force, performed poorly during the initial phase of the invasion, rushing forward without air and artillery support, and suffered losses as a result. A large number of the tanks and armoured cars being used by the Ukrainian forces have been captured from the enemy.

But the Russians appear to be learning from their mistakes. They have been deploying increasing numbers of modernised ‘M’ version of the T-90 tanks along with Ka-52 ‘Alligator’ attack helicopters in recent weeks. The arms company Uralvagonzavod is reported to be in overdrive to produce the tanks as the Kremlin continues to put the country’s economy in war footing.

Around 50 of the T-90s, the older and newer version, are now at Svstove, in the Donbas – the area in eastern Ukraine including both the regions of Donetsk and Luhansk, which Moscow is seeking to claim. The Russians are focusing on the area, with the capture of the town of Soledar by forces led by mercenaries of the Wagner security company.

“The Russians, as we saw, used armour badly when the war started,” said Major General Cross. “But they are unlikely to make the same mistakes again. They also don’t have the problem of having to integrate kit from lots of different countries. What’s happening may lead to the Russians striking early while the balance is still in their favour, that’s a possibility we need to consider.”