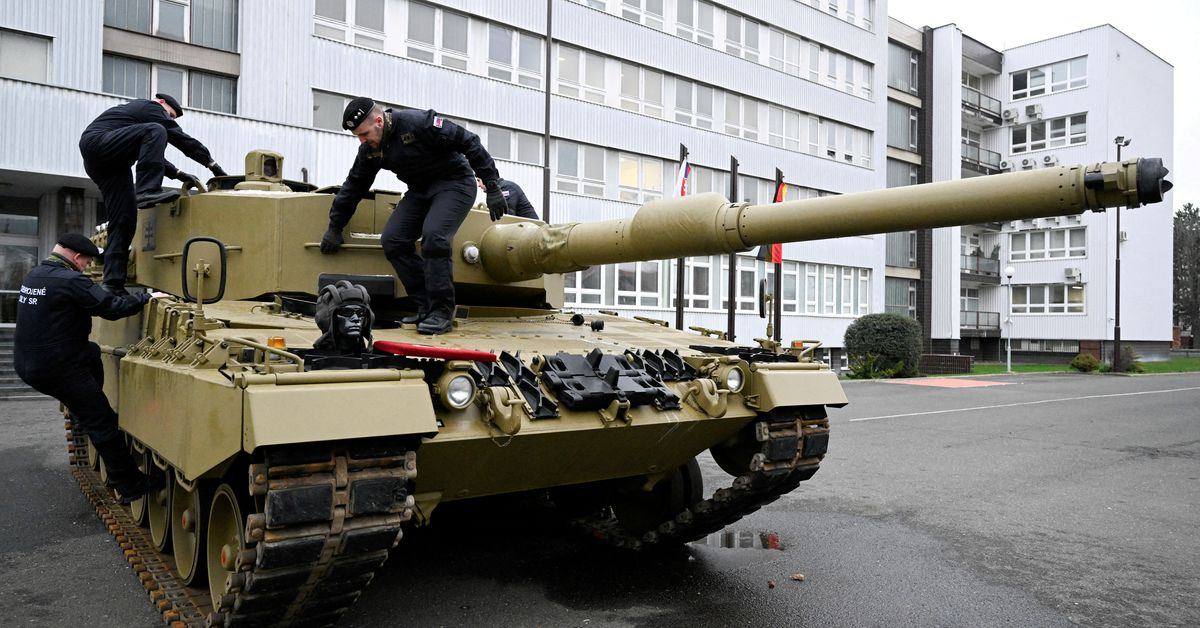 BERLIN, Jan 25 (Reuters) – Germany will supply its Leopard 2 tanks to Ukraine, it announced on Wednesday, overcoming misgivings about sending heavy weaponry that Kyiv sees as crucial to defeat the Russian invasion but Moscow cast as a needless provocation.

Pressure has been building for weeks on German Chancellor Olaf Scholz’s government to send the tanks and allow other NATO allies to do the same ahead of expected spring offensives by both sides that could help turn the tide of the war.

Scholz’s government had stalled on the decision, wary of moves that could prompt Russia to escalate or suck the NATO alliance into becoming party to the conflict.

Germany’s decision paves the way for other countries such as Poland, Spain and Norway to supply their stocks of Leopard tanks to Ukraine.

“This decision follows our well-known line of supporting Ukraine to the best of our ability. We are acting in a closely coordinated manner internationally,” Scholz said in a statement.

Training of Ukrainian troops in Germany will begin soon, and Germany will also provide logistics and ammunition, it said.

Germany will issue the appropriate transfer permits to partner countries that want to quickly deliver Leopard 2 tanks from their stocks to Ukraine, it said.