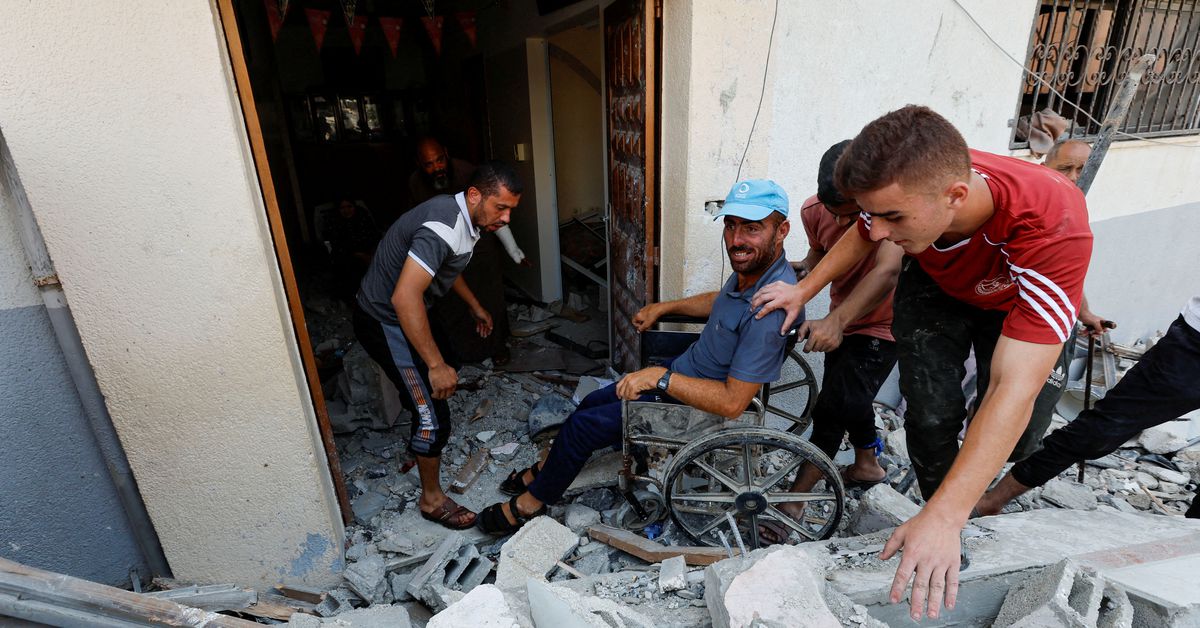 GAZA, Aug 6 (Reuters) – As Israel’s campaign against the militant Palestinian Islamic Jihad in Gaza moved into its second day on Saturday, residents of houses targeted for destruction said they were given 15 minutes warning to evacuate.

“What can we do with 15 minutes?” said 68-year-old Nadia Shamalakh, who cares for four disabled sons and daughters in Gaza. “We took nothing away with us.”

The Israeli military said a number of houses doubling as either Islamic Jihad weapons depots or command and control centres for the group were hit on Saturday. It said inhabitants of the homes were warned before they were bombed.

Asked whether it had given 15 minute warnings it had no immediate comment.

Shamalakh said her one-storey house was destroyed when an airstrike hit a building next door belonging to a relative, who was warned to clear their house and to tell their neighbours to do the same.

“I fell to the ground three times because I had undergone surgery in my leg, while others helped my children in wheelchairs to move away,” Shamalakh said, as she sat on a pile of rubble next to where her home had stood.

Strikes continued throughout the day on Saturday, leaving smoke and dustclouds from the destroyed buildings drifting across the Gaza skyline. Islamic Jihad fired volleys of rockets into Israel in response.

According to local health officials, Israeli planes bombed at least eight houses across the enclave, wounding dozens of people and leaving many families homeless in a widening of the campaign of strikes launched on Friday.

A total of at least 15 people have been killed and dozens wounded in the operation, which Israel says was launched in response to an imminent threat from Islamic Jihad fighters to its citizens in the area around Gaza.

Israeli officials say that both Hamas, the militant group which rules the Gaza Strip, and the smaller Islamic Jihad conceal weapons in residential areas, using the presence of civilians as cover to deter strikes. An Islamic Jihad official rejected the allegation as “a Zionist attempt to justify their crimes against civilians.”

For Shamalakh, who said the strikes severely damaged the houses of relatives in the area where she and her family might have found refuge, the loss of her home left her with no shelter and an uncertain future.

“Where shall I sleep with my disabled daughters and sons? What happened was a catastrophe, it is unjust.”