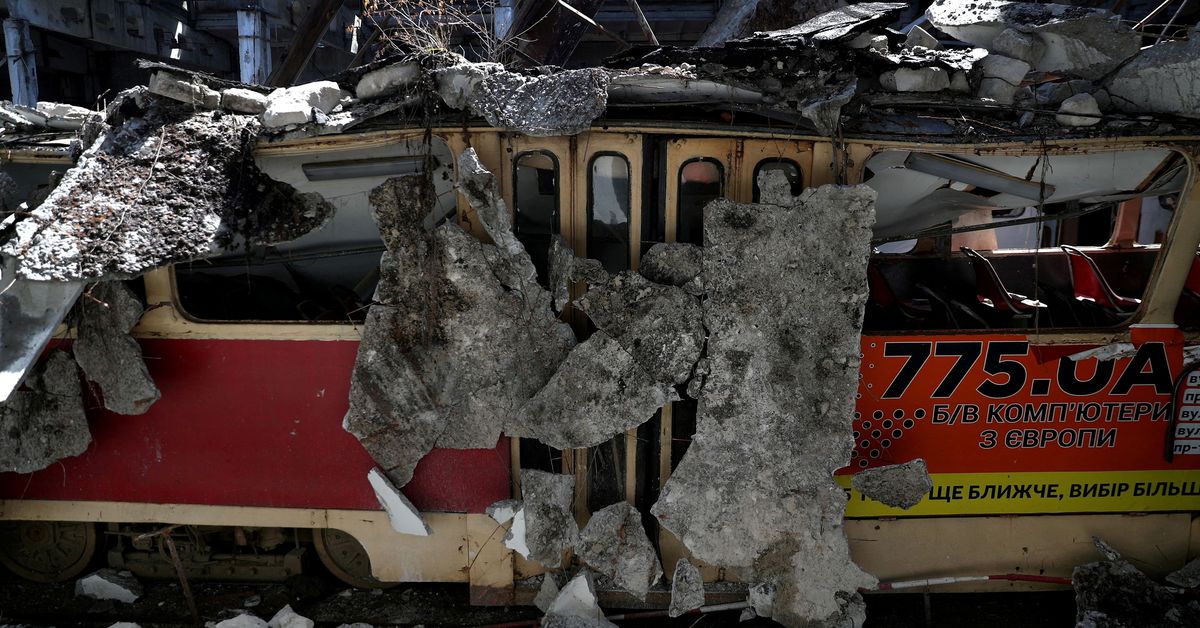 A damaged tram is pictured at a shelled tram depot in Kharkiv, amid Russia’s attack on Ukraine, June 15, 2022. REUTERS/Ivan Alvarado

WASHINGTON, June 22 (Reuters) – Leaders from the Group of Seven rich nations and the NATO alliance will seek to increase pressure on Russia over its war in Ukraine at meetings next week, while making clear that they remain concerned about China, senior U.S. administration officials said on Wednesday.

NATO would announce new commitments to shore up European security, the officials said, while the participation of leaders from Australia, Japan, South Korea and New Zealand would show that the war in Ukraine had not detracted from focus on China.

G7 leaders were also expected to address China’s “coercive economic practices,” which have become even more aggressive in recent years, one of the officials said.