From BTS to ‘Squid Game’: How South Korea Became a Cultural Juggernaut 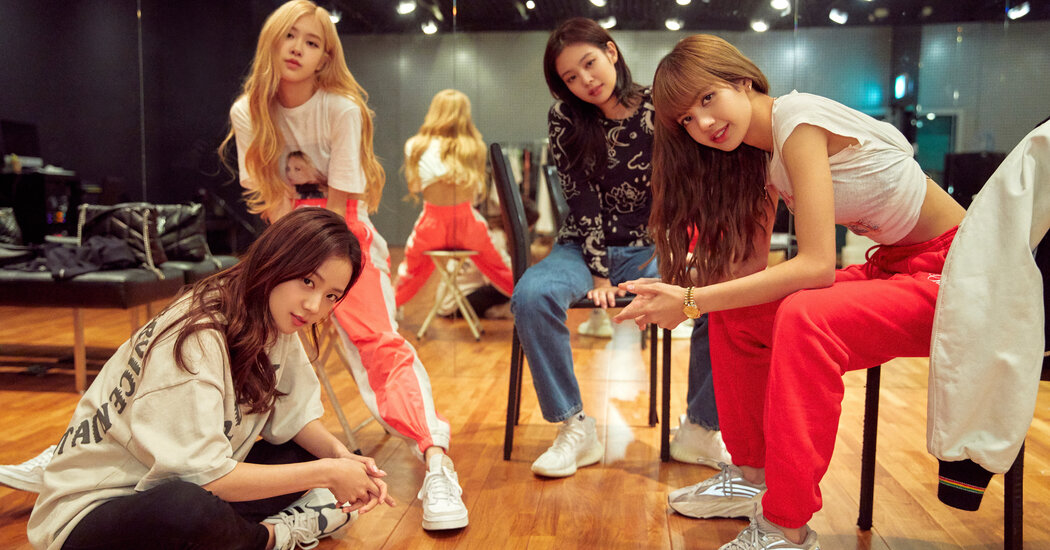 PAJU, South Korea — In a new Korean drama being filmed inside a cavernous studio building outside of Seoul, a detective chases down a man cursed to live for 600 years. Pistol shots crack. A hush follows. Then, a woman pierces the silence, screaming: “I told you not to shoot him in ​the heart!”

The scene was filmed several times for more than an hour as part of “Bulgasal: Immortal Souls,” a new show scheduled to be released on Netflix in December. Jang Young-woo, the director, hopes it will be the latest South Korean phenomenon to captivate an international audience.

South Korea has long chafed at its lack of groundbreaking cultural exports. For decades the country’s reputation was defined by its cars and cellphones from companies like Hyundai and LG, while its movies, TV shows and music were mostly consumed by a regional audience. Now K-pop stars like Blackpink, the dystopian drama “Squid Game” and award-winning films such as “Parasite” appear as ubiquitous as any Samsung smartphone.

In the same way South Korea borrowed from Japan and the United States to develop its manufacturing prowess, the country’s directors and producers say they have been studying Hollywood and other entertainment hubs for years, adopting and refining formulas by adding distinctly Korean touches. Once streaming services like Netflix tore down geographical barriers, the creators say, the country transformed from a consumer of Western culture into an entertainment juggernaut and major cultural exporter in its own right.

In the last few years alone, South Korea shocked the world with “Parasite,” the first foreign language film to win best picture at the Academy Awards. It has one of the biggest, if not the biggest, band in the world with BTS. Netflix has introduced 80 Korean movies and TV shows in the last few years, far more than it had imagined when it started its service in South Korea in 2016, according to the company. Three of the 10 most popular TV shows on Netflix as of Monday were South Korean.

“When we made ‘Mr. Sunshine,’ ‘Crash Landing on You’ and ‘Sweet Home,’ we didn’t have a global reaction in mind,” said Mr. Jang, who worked as co-producer or co-director on all three hit Korean Netflix shows. “We just tried to make them as interesting and meaningful as possible. It’s the world that has started understanding and identifying with the emotional experiences we have been creating all along.”

The growing demand for Korean entertainment has inspired independent creators like Seo Jea-won, who wrote the script for “Bulgasal” with his wife. Mr. Seo said his generation devoured American TV hits like “The Six Million Dollar Man” and “Miami Vice,” learning “the basics” and experimenting with the form by adding Korean colors. “When over-the-top streaming services like Netflix arrived with a revolution in distributing TV shows, we were ready to compete,” he said.

South Korea’s cultural output is still tiny compared with key exports like semiconductors, but it has given the country the sort of influence that can be hard to measure. In September, the Oxford English Dictionary added 26 new words of Korean origin, including “hallyu,” or Korean wave. North Korea has called the K-pop invasion a “vicious cancer.” China has suspended dozens of K-pop fan accounts on social media for their “unhealthy” behavior.

The country’s ability to punch above its weight as a cultural powerhouse contrasts with Beijing’s ineffective state-led campaigns to achieve the same kind of sway. South Korean officials who have attempted to censor the country’s artists have not been very successful. Instead, politicians have begun promoting South Korean pop culture, enacting a law to allow some male pop artists to postpone conscription. This month, officials allowed Netflix to install a giant “Squid Game” statue in Seoul’s Olympic Park.

The explosive success didn’t happen overnight. Long before “Squid Game” became the most watched TV show on Netflix or BTS performed at the United Nations, Korean TV shows like “Winter Sonata” and bands like Bigbang and Girls’ Generation had conquered markets in Asia and beyond. But they were unable to achieve the global reach associated with the current wave. Psy’s “Gangnam Style” was a one-hit wonder.

“We love to tell stories and have good stories to tell,” said Kim Young-kyu, CEO of Studio Dragon, South Korea’s largest studio, which makes dozens of TV shows a year. “But our domestic market is too small, too crowded. We needed to go global.”

It wasn’t until last year when “Parasite,” a film highlighting the yawning gap between rich and poor, won the Oscar that international audiences truly began to pay attention, even though South Korea had been producing similar work for years.

“The world just didn’t know about them until streaming platforms like Netflix and YouTube helped it discover them at a time when people watch more entertainment online,” said Kang Yu-jung, a professor at Kangnam University, in Seoul.

Before Netflix, a select number of national broadcasters controlled South Korea’s television industry. Those broadcasters have since been eclipsed by streaming platforms and independent studios like Studio Dragon, which provide the financing and artistic freedom needed to target international markets.

South Korean censors screen media for content deemed violent or sexually explicit, but Netflix shows are subject to less stringent restrictions than those broadcast on local TV networks. Creators also say that domestic censorship laws have forced ​them to dig deeper into their imagination, crafting characters and plots that are much more compelling than most.

What to Know About ‘Squid Game’

Have you heard about this dystopian South Korean drama yet? It was released on Netflix on Sept. 17 and has quickly earned a worldwide audience. Here’s a look at this unique hit:

Scenes often overflow with emotionally rich interactions, or “sinpa.” Heroes are usually deeply flawed, ordinary people trapped in impossible situations, clinging to shared values such as love, family and caring for others. Directors and producers say they deliberately want all of their characters to “smell like humans.”

As South Korea emerged from the vortex of war, dictatorship, democratization and rapid economic growth, its creators developed a keen nose for what people wanted to watch and hear, and it often had to do with social change. Most national blockbusters have story lines based on issues that speak to common people, such as income inequality and the despair and class conflict it has spawned.

“Squid Game” director Hwang Dong-hyuk first made a name for himself with “Dogani,” a 2011 movie based on a real-life sexual abuse scandal in a school for the hearing-impaired. The widespread anger the film incited forced the government to ferret out teachers who had records of sexual abuse​ from schools for disabled minors​.

Although K-pop artists rarely speak about politics, their music has loomed large in South Korea’s lively protest culture. When students in Ewha Womans University in Seoul started campus rallies that led to a nationwide anti-government uprising in 2016, they sang Girls’ Generation’s “Into the New World.” The boy band g.o.d.’s “One Candle” became an unofficial anthem for the “Candlelight Revolution” that toppled President Park Geun-hye.

“One dominating feature of Korean content is its combativeness,” said Lim Myeong-mook, author of a book about Korean youth culture. “It channels the people’s frustrated desire for upward mobility, their anger and their motivation for mass activism.” And with many people now stuck at home trying to manage the enormous angst caused by the pandemic, global audiences may be more receptive to those themes than ever before.

“Korean creators are adept at quickly copying what’s interesting from abroad and making it their own by making it more interesting and better,” said Lee Hark-joon, a professor of Kyungil University who co-authored “K-pop Idols.”

On the set of “Bulgasal,” dozens of staffers scurried around to get every detail of the scene just right — the smog filling the air, the water drops falling on the damp floor and the “sad and pitiable​”​ look of the gunned-down man. The show’s supernatural plot recalls American TV favorites like “X-Files” and “Stranger Things,” yet Mr. Jang has created a uniquely Korean tragedy centered on “eopbo,” a belief among Koreans that both good and bad deeds affect a person in the afterlife.

Based on the recent success of Korean shows abroad, Mr. Jang said he hopes viewers will flock to the new series. “The takeaway is: what sells in South Korea sells globally.”