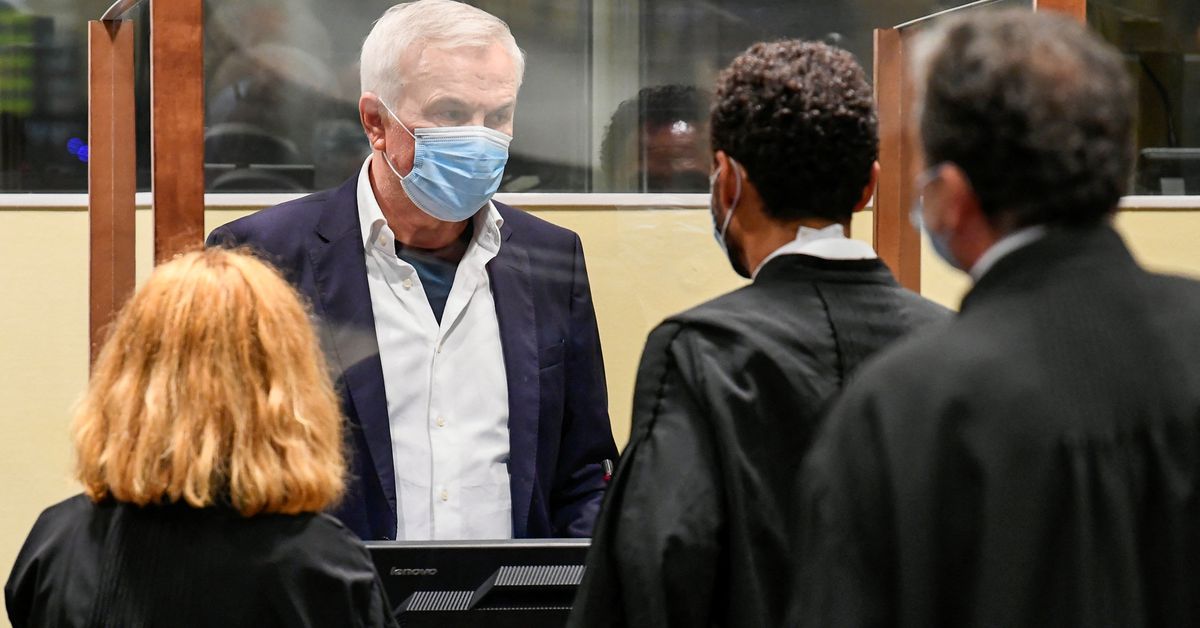 THE HAGUE, Jan 24 (Reuters) – The former head of Serbia’s state security service should have his war crimes conviction for financing and equipping Serb militias in Bosnia during the 1992-95 war overturned, his lawyers argued on Tuesday, saying he was unaware of the crimes.

The case against Jovica Stanisic and his subordinate Franko “Frenki” Simatovic is the final case before the U.N. tribunal in The Hague dating from the Balkan wars that erupted with the break up of the former Yugoslavia, and has dragged on for nearly 20 years.

Stanisic was sentenced to 12 years for aiding and abetting crimes committed by Serb paramilitary groups in Bosanski Samac.

“Stanisic was nowhere near the scene (of the crimes) and was not shown to be in contact with the direct perpetrators,” his lawyer Wayne Jordash said.

Both Stanisic and Simatovic have appealed their conviction and sentence and asked for acquittal.

The prosecution also filed an appeal, asking for the men to be additionally convicted of aiding and abetting crimes committed by Serb paramilitary groups in other areas of Bosnia. Prosecutors will outline their case in court on Wednesday.

The Stanisic and Simatovic judgment in 2021 marked the first time Serbian state officials have been convicted for crimes committed on the ground in neighbouring Bosnia.

Prosecutors had argued the men were a direct link between former Yugoslav President Slobodan Milosevic’s government in Serbia and crimes committed during the wars in Bosnia and Croatia that left over 100,000 dead and over a million people displaced.

Milosevic died in his cell in 2006 while on trial for genocide and crimes against humanity.