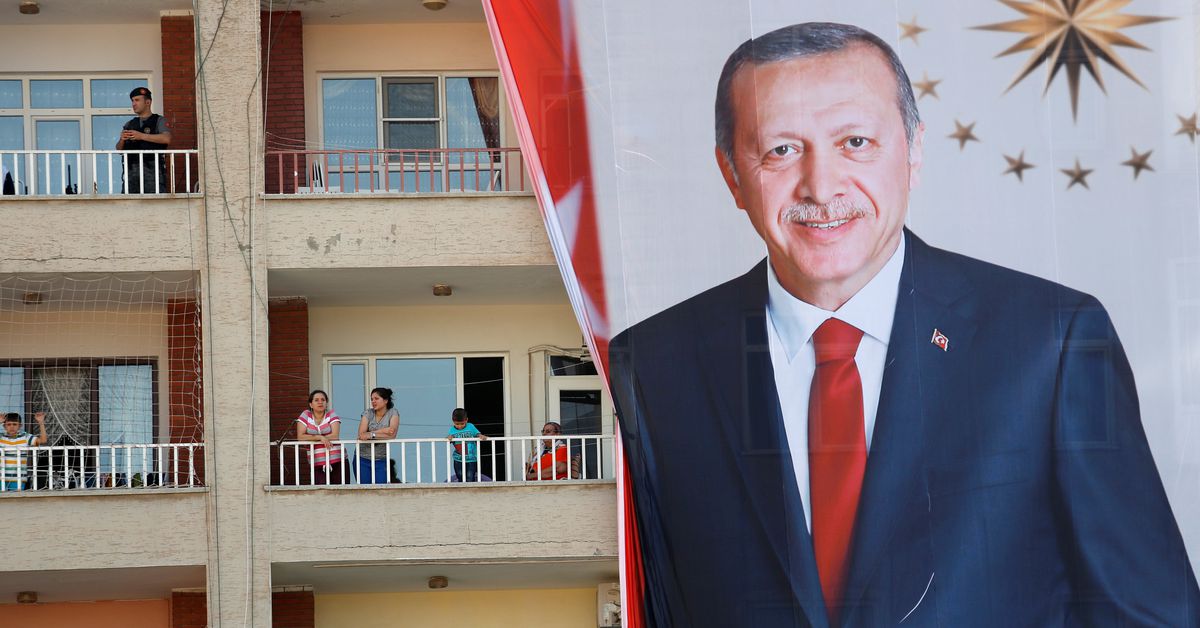 ISTANBUL, July 5 (Reuters) – Six million first-time voters are set to effectively decide whether to extend President Tayyip Erdogan’s rule into a third decade or to opt for something they have never known – Turkey under a different leader.

Less than 12 months away from perhaps the biggest election in the country’s modern history, a big majority of young Turks say they want change but remain somewhat skeptical that the opposition can properly improve the job situation, schools and freedoms like free speech.

At about 12% of all voters in the presidential and parliamentary elections set for June 2023, the youth will be decisive in what is shaping up to be a very tight race for Erdogan and his ruling AK Party, pollsters say.

Interviews with nearly a dozen Turks between 18-23 years old, from metropolitan Istanbul to central Anatolia, show that justice, immigration, merit-based jobs and transparent economic policies are top of mind.

“I am not completely at ease with my decision but I think I will choose the best of the worst (and support the opposition),” said Damla, 19, a history student in Istanbul who declined to give a last name.

Economic turmoil and soaring inflation have driven up her living costs even though she lives with family, and she does not go out with friends as much.

“I feel like I am not living, I am just trying to survive,” Damla said. “If the AK Party loses this election the new government should still feel the pressure of the people on them.”

Polls are shifting but suggest Erdogan would narrowly lose and his AK Party (AKP) would give up its grip on parliament.

However an informal opposition coalition has not announced a presidential candidate, leaving some young voters unconvinced, and the authoritarian Erdogan has a long winning streak since he took the helm in 2003.

The president moved a traditionally secular society in an Islamist direction, transformed Turkey into a regional military power, and used the courts to crack down on dissent.

He now faces an uphill election battle, largely due to his own unorthodox economic policies including interest rate cuts that sent the lira to historic lows and inflation to a 24-year high of 78.62% in June. read more

So-called “Generation Z” constitutes some 13 million of the 62.4 million Turks set to vote next year, statistics office and pollster data shows. Six million will be eligible to vote for the first time.

Murat Gezici, head of polling firm Gezici, said young voters are generally annoyed at the government but not bound by a specific ideology and do not completely trust the opposition.

Its polls show Gen Z voters aged 18-25 strongly oppose clampdowns on lifestyles, free expression and the media. “80% of this generation will not be voting for the AK Party,” he said.

Yusuf, 18-years-old and another first-time voter, said most world economies have hit hard times in the wake of the coronavirus pandemic and the war in Ukraine.

“I think the person ruling our country right now is the best and most suitable leader…I will vote for the AK Party because they make plans to make people comfortable,” he said.

“The economy may not be doing well, but this is the case in all countries.”

Turkey’s youth unemployment stood at 20% in April, official data showed, compared to an OECD average of 10.87%.

Pollsters say young voters’ motivation is a wildcard, adding to the election’s unpredictability. It could hinge on who a group of six opposition parties – which have agreed common policy grounds – choose as challenger to Erdogan.

He said younger voters tend to compare their economic prospects to foreign peers, while older voters look more at infrastructure investments like roads and hospitals.

Helin, 21, said her life conditions have worsened due to government policies so she is voting for the opposition, yet she worries their proposals may not efficiently address problems in current migration policy nor in minority rights.

“I believe a change in power would at least solve the urgent issues,” she said by phone from Ankara.