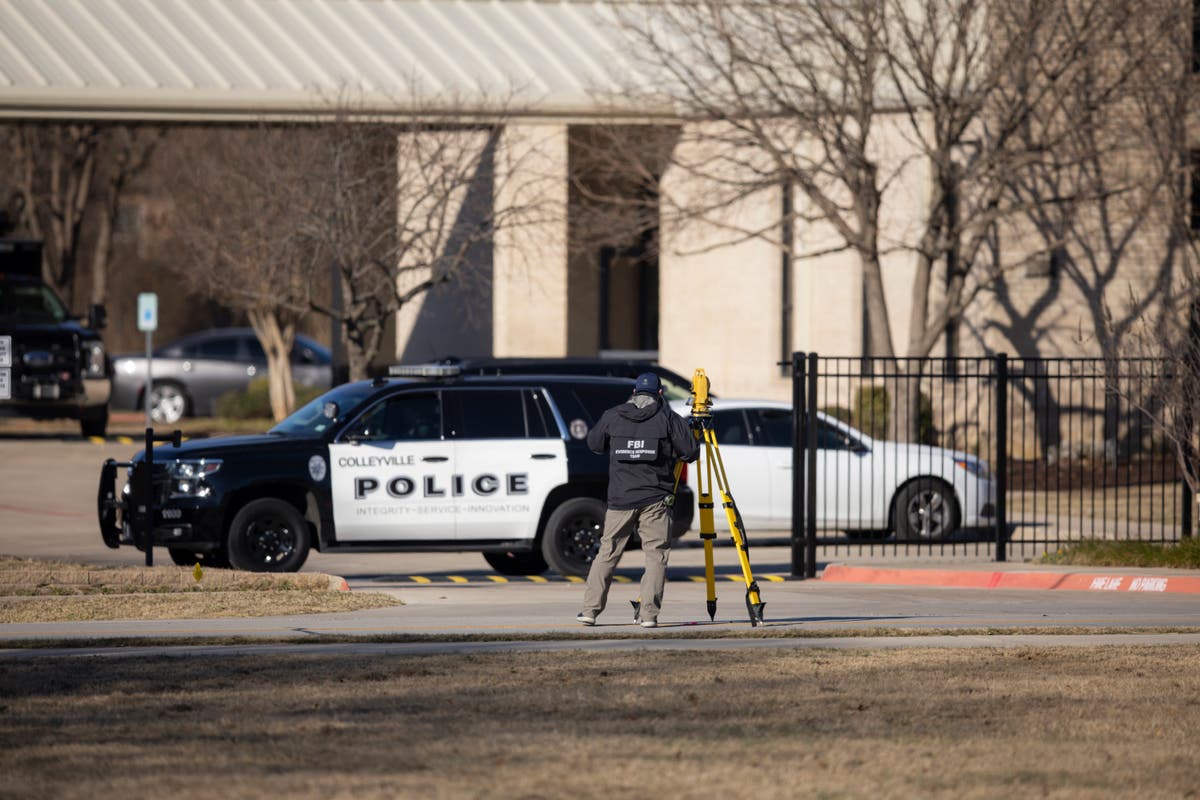 “As the hours passed and Akram’s behaviour changed. He became combative and issued ultimatums and deadlines, Mr DeSarno told reporters.

“The situation had gone from bad to significantly worse and it was time to take action.”

“I was absolutely in fear of my life. I was kind of wondering, ‘OK FBI’.

“He went from extremely agitated with the negotiator to extremely calm, just asking me for juice. I was highly, highly concerned at that moment, but fortunately that gave us the opportunity… that we took advantage of.”

The hostages fought their way out of the synagogue by throwing a chair and ran out as the FBI agent entered the temple.

Akram, 44, was shot several times when FBI officers entered the temple as the hostages escaped out of a side exit.

Mr DeSarno also revealed they received a tip from a member of the public who met Akram while he was mountain biking the day before the terror attack.

Akram had left the bike chained to a fence, and FBI agents were able to unlock the lock with a key found on the suspect’s body.

Akram, a British citizen from Blackburn, arrived in the United States about two weeks before the attacks at JFK International Airport in New York City.

Early reports suggested that the hostage-taker was demanding the release of Aafia Siddiqui, a US-educated Pakistani neuroscientist serving 86 years in prison in Fort Worth for attempting to shoot American soldiers in Afghanistan.