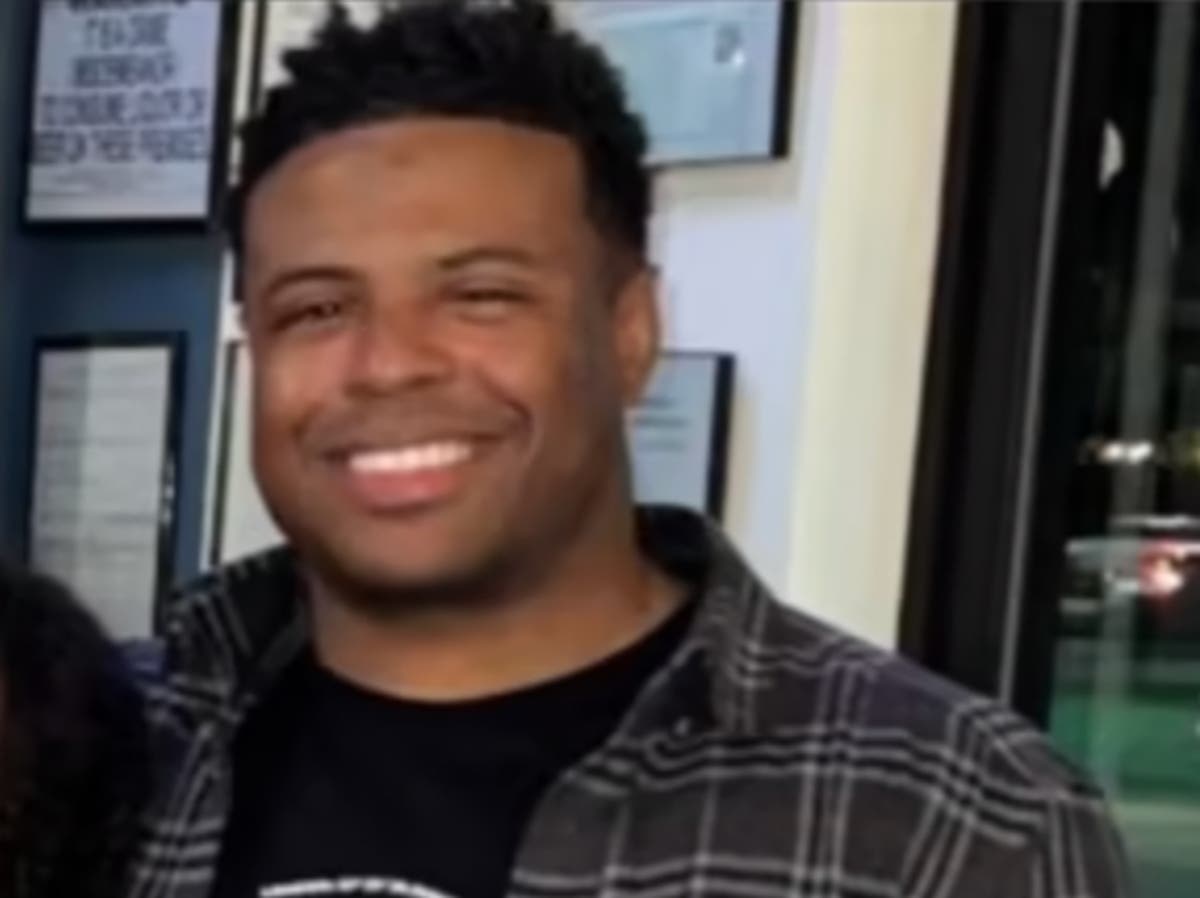 Former Texas A&M football player Delano Burkes has been missing for more than a week after a night out in Houston, with surveillance footage on social media appearing to show the 26-year-old stumbling and in distress.

Texas congresswoman Sheila Jackson was also at the event and appealed for the public’s help.

“Someone saw him. And someone can tell what happened to him,” she said.

“We want to find Mr Burkes,” he added. “No family should have to experience this.”

“We’re investigating this case from all possibilities. We certainly cannot out rule the fact, the possibility that he wandered off. And we haven’t ruled out the fact that there’s foul play involved either,” Houston Police Department assistant chief Kevin Deese told ABC13.

Ms Jeffley has asked members of the public to check doorbell cameras and any other form of surveillance which might have captured new information.

Mr Burkes, was last seen in the early hours of 13 November, after a night on the town in Houston with friends.

According to police, the group pulled over so Mr Burkes cold use the restroom at McIntyre’s Bar near West 19th Street in Houston.

When Mr Burkes did not return from the bar, his friends began looking for him and were unable to find him, and the 26-year-old did not contact his wife the following day.

The lengthy disappearance, as well as security footage appearing to show Mr Burkes stumbling, has alarmed his family.

“It almost brought me to tears [watching that] honestly,” Pierre Burkes, his brother, told Fox26 Houston. “He seemed like he was struggling.”

“Someone gave him a drink,” Monee Burkes, Delano’s sister, added in an interview with the station. “Then, you see him hours later running down the street. It looks like he’s running from someone to me.”

A missing person bulletin about Mr Burkes, the owner of a real estate investment company, describes him as an African-American man, with brown eyes and black hair, who is 5 foot 10 inches and 200 lbs.